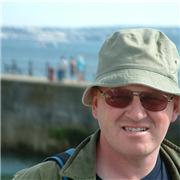 Given these fake UGG boots are made from Dog skin and raccon skin that is ripped from them whilst still alive. There is a very good reason for clamping down on them. Those that bought them, hope you are not an animal lover, you now have a pair of skinned alive dog skin boots from China... Google it !

I dont think it would be missed if it vanished, you can get all that down the warren

It would have lost a awful lot of money.

Everybody says faster than any Aircraft ? Take it you have never stood on the North Yorkshire Moors when a RAF tornado decides to fly over at 100 feet at 1,511 mph, its long gone before you can even hear it, if you blink its missed. So something you have observed is not faster than any aircraft if by detention you managed to observe it. My opinion, Chinese lanterns, it was quite windy

Who needs the Air Show ? Not as if Dawlish is famous for it's flying is it, just put on a carnival about the town run by the people of the town and look at your best assests. How about a sand sculpture competition ? Very popular. The warren could have a rock pile one

Those who insult and spit on those who died or those who do NOTHING about protecting the freedoms they died for. Thats the insult

World Cup at the Warren

I could not agree more 11 professional players, but no team... Fabio is dumb, you could see the USA triangles form in midfield, fabio should have sent a man very wide on the left and pulled the triangle making space in the middle, however he did not and they passed there way up field nottingham forrest carpet ball triangle style with ease,How could he miss such a chance to open them up in the ...

Who will free us from the Orwellian Europe menace ?

Not for me .. Eaten there before, its all cook chill microwave rubbish, swimming in fat, tough as a old boat rope and just as salty . The dessert looked like a peach that had eloped with some ice cream and together committed suicide in a microwave. Even the beer was warm and flat, but at least it came with a free synchronised swimming wasp .