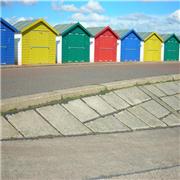 A MAN from Dawlish is to stand trial at Exeter Crown Court accused of attacking a woman on Boxing Day. Read more... https://www.middevonadvertiser.co.uk/news/man-denies-boxing-day-domestic-assault-592381

A Dawlish tea room was presented with an 'Outstanding With Loneliness' (OWL) award at a town council meeting this week for its efforts to reduce loneliness in the area. Read more... https://dawlish.nub.news/news/local-news/warm-and-welcoming-dawlish-tea-room-wins-award-for-tackling-loneliness-169373?utm_medium=email&utm_campaign=website&utm_source=sendgrid.com

Raymond Goody was found with a large number of still images and a few movies when police raided his home in Dawlish in October 2021 and checks showed he had been accessing abuse websites. Read more... https://www.middevonadvertiser.co.uk/news/courts/depressed-man-given-suspended-sentence-for-downloading-child-abuse-images-592101

Good progress is being made with the Play Area at the Manor Gardens which is set to open around mid-February, with an official opening being held on 4 March. We invite you to join the Mayor of Dawlish for the ribbon cutting ceremony at 2.30 p.m. at the Play Park in the Manor Gardens.

A VIOLENT patient has been jailed for attacking a nurse so savagely that her own colleagues could not recognise her. Read more... https://www.middevonadvertiser.co.uk/news/patient-jailed-for-terrifying-attack-on-langdon-hospital-nurse-591259

Hopes hospital is to reopen soon

Text of Cllr Gary Taylor's report to DTC Full Council meeting to be held Weds. 1st Feb. 2023. There will be no additional housing allocations in Dawlish, Holcombe, Cockwood or Teignmouth in the new draft 2040 Teignbridge Local Plan. Having considered all of the sites that came forward, the selected 'strategic' allocations are all expected to be clustered close to Exeter and Newton Abbot - ...