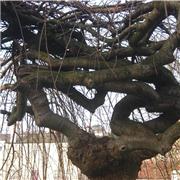 General Discussion
On The Lawn Today

Over 100 wave recurve units have now been installed on section two of the Dawlish sea wall. Steel reinforcements are also being installed between the recurve units and the track-side boundary wall, which will provide even more strength

The business was previously owned by Bernard Bretagne who decided to sell to pursue other business interests. It has now been sold to experienced retailers from London who plan to continue trading for the rest of summer before making some strategic changes in the quieter winter months. Read more... https://www.insidermedia.com/news/south-west/dawlish-supermarket-sold

Thursday. 2nd September 10.30am -12 noon: Minibeast walk at the Warren. Discover bugs of the grassland and woodland habitats on a ranger led walk. Adults £3.20 and accompanied children £1.60. No dogs please. chrissie @ green spaces

He is due before magistrates next month and has been charged with a number of offences A police spokesperson said: "A 23-year-old man from Dawlish has been charged with drink driving, failing to stop a vehicle when required by police Read more... https://www.devonlive.com/news/devon-news/man-due-court-accused-road-5853594

Every authority in Devon, including Teignbridge, reported an increase in infection in the seven days to Sunday, August 22, the last complete data set. Read more... http://www.dawlish-today.co.uk/article.cfm?id=121044&headline=919%20Covid%20cases%20recorded%20as%20Teignbridge%20braces%20itself%20for%20a%20busy%20Bank%20Holiday&sectionIs=news&searchyear=2021

Bear Grylls' Gone Wild festival at Powderham Castle near Exeter has already been compared to the ill-fated Fyre Fest Visitors have also claimed that there is 'no Covid checks, camping fire risk, no hand washing facilities and no washing up for campers.' Read more... https://www.devonlive.com/news/devon-news/live-gone-wild-festival-exeter-5839668

The Marquee Bar at Lady's Mile Holiday Park is home to the Ultimate Celebration of Local Beer and Cider, back by popular demand from 24th September to 26th September! With a vast array of local beers and ciders, live music, family entertainment and loads more! Joining us on Sunday 26th September is a spectacular display of Classic cars, bikes and various other vintage vehicles! Come and have a ...

Cllr Alan Connett says the delays could be eased by moving restrictions at the bottleneck on Bridge Road Cllr Connett asked Devon County Council highways to move some lane restrictions so traffic heading towards Exminster and Dawlish can turn off. Read more... https://www.devonlive.com/news/devon-news/urgent-call-ease-roadwork-misery-5803192?IYA-mail=3cd32923-9c2f-4a70-850a-b4d478a22ca8