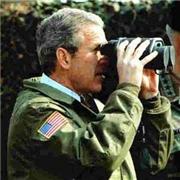 I've fixed the link. There was a semicolon on the end of it that was causing it to fail.

Thanks for letting me know. I've removed the other 2.

@DEEDOODLE , I've flipped them for you. Hopefully, I haven't reduced the quality.

Thanks Ziggy & Merry Christmas to you and everyone else on here!

Work resumes on Monday on the £30m scheme that will see a new sea wall built at Dawlish. The plans will raise the wall from its current height of 5m to 7.5m, widen the walkway to 4m from its current 3.1m width, and include a barrier between the pedestrians and the edge of the to stop people falling off the wall. Read more ...

@majorp , I've explained as best I can.

@majorp , I doubt it would be legal to do that in the UK and many other countries.

@majorp , it is objectionable material to a lot of people. I don't see how any reasonable discussion can come from it. All I can see is my email box filling up with complaints.