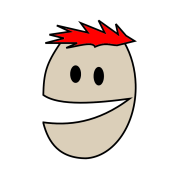 The petition is a typical knee-jerk reaction.  How, practically five-minutes after the accident, does the originator of the petition know that speed is a factor? Where they there or are they making an assumption based upon the tittle-tattle of contributors from Facebook?

Good for her, she stated that she can't vote for something that wouldn't help families struggling to pay their fuel bills.

@concerned do you have links to the recordings?  I had heard about this but would like more info

I think Fred is probably right, and even if they do paint the bay what's to stop other disabled badge holders from parking there - unless there's a great big sign saying for Tony only! (which would still get ignored)

Margaret - of course they weren't obviously open!  They have back entrances though, and one of them covered the windows in newspapers.

I'd happily name them, but for one thing - definite knowledge. What would happen if I named them and it turned out that I'd been fed malicious gossip? Sorry, Dil but maybe you'll have to wait for details to come via another source.

The one caught twice got all the beer taken away

Heard this weekend that 3 other pubs in Dawlish have been bypassing the recent regulations, one of which got caught twice....