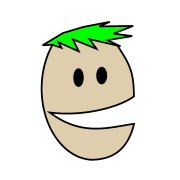 I hope i am wrong,but me thinks our new king will be a weak individual. He will bow to all his youngest son's and his wifes demands wishing for a quiet life. Well in this stupid world life is not like that. Get a grip, what may be acceptable for your family unity may not be ok with this countries population.

So much for operation CLEAN SWEEP Which if memory serves we  we had to pay a premium to have the best bathing beaches. there is a term for this, but that is for your imagination to work out.

General Discussion
Now That Would Be News

We have what some say are new independant news sources plus the usual mob every day it is about illegal migrants etc. Which gives us what is basically a  cricket score. BUT, what would be news worthy if something was being done about it by our lazy uninterested MP'S or government. Get forces that are expected to protect this country.Now that would be news.Defund the RNLI and border force ...

first defund or take away the RNLI's charitable status.secondly turn the channel into a firing range covering the english side for the 15 mile limit. jobs a goodun.

if you were a captain?

if you were a captain of a nuclear submarine in so many fathoms of water, and you received the coded signal from Jo Biden or Kamala Harris to fire all or some of the missiles   on a foreign nation. Would you consider it to be a measured and condsidered command?

The tories are toast. Ted Heath,Teresa May now Boris Johnson. What was it all about? Am I allowed to say brexit in name only . 100 odd trucks in Kent at least it wasn't Stukas.

have to say I TOLD YOU SO

Tut Tut Lynne Me thinks your under skirt is showing.

If as you say Lynne we have left the E.U, why are we still talking about a relationship with them. LEAVE MEANS LEAVE. As usual Lynne you are such a bloody know all.

We still haven't left the E.U. and my odds from previous posts remain correct. Nor are we likely too. Whether you want to go or stay in the E.U. It goes to prove the class of politicians we are blessed with.