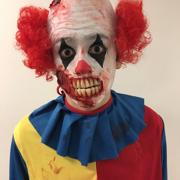 A few pics taken from my Balcony in Dawlish, bit far away but still identifiable.

Gumtree or E-Bay might be a good place to start. Also details of the actual guitars might be handy rather than just saying one was in a yellow case and one was in a black case!

What amazes me more than anything is there was a police car in Dawlish willing to actually stop in the town. A rare occurrence to be sure.

The government wont be happy until every emergency service is placed in a few central hubs with zero satellite support locations and then it will all be auctioned off to private enterprise to the highest bidder, in my opinion. Just look at how the police force in Devon has slowly been taken away from rural locations. Same seems to go for Banking as well.

And a few pics of the cars on The Lawn for the Jubilee a whileago.

Image below needs to be opened in new tab to see whole pic as it is to big to see hms warren and for some reason you cannot scroll!

Flying over Dawlish this afternoon.

Just happened to see this Lancaster flying over Dawlish this afternoon. or Wellington I presume, very nice to see the old girl flying anyway.

A kilo and smokes 40 spliffs a day. The good old uk justice system at its best.

Just out of curiosity what places does this entrepreneur sell their ill gotten gains in Dawlish! Do you get a guarantee with the electrical goods or a replacement if defective?

It needs a letter of no confidence in the entire government system. Not just a silly puppet of a prime minister in the pantomime we call parliament.