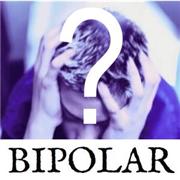 Bipolar – sometimes known as manic depression – is a severe mental health illness characterised by significant mood swings including manic highs and depressive lows. The majority of individuals with bipolar experience alternating episodes of mania and depression. Both males and females of any age and from any social or ethnic background can develop the illness. The symptoms can first occur and then reoccur when work, studies, family or emotional pressures are at their greatest. In women it can also be triggered by childbirth or during the menopause. The key to coping with bipolar is an early diagnosis, acceptance of the illness and adapting your lifestyle so you are in control of the symptoms as much as possible. Management of the illness can be achieved through strategies involving medication, health care, therapy and self management.

Most individuals who suffer from the disorder are simply diagnosed with bipolar disorder. However, medical professionals categorise bipolar into 1 of 6 conditions. These are:

Depressive episodes last rather longer – six to 12 months - without treatment.

Symptoms of mania and depression are present at the same time, which may result in agitation, trouble sleeping and significant change in appetite, psychosis and suicidal thoughts.

This occurs when individual’s mood swings change faster. More than four mood swings happen in a 12-month period. Rapid Cycling affects around one in ten people with bipolar, and can happen with Bipolar I and II.

Individuals experience mood swings but at a much lower level. Symptoms must last for a period of at least two years, with no period longer than two months in which there has been a stable state and no mixed episodes. Although individuals diagnosed with cyclothymia are on the bipolar spectrum, the relative mildness of the mood swings means you are not diagnosed with bipolar. However cyclothymia can develop into bipolar.