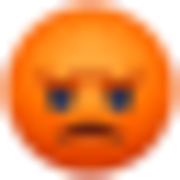 Travellers have invaded the playing fields at Sandy Lane and are causing mayhem - breaking fences etc. Does anyone have a slurry sprayer locally? It could be useful. It appears the police can do nothing.

Jason Jeffery is this a job for the cavalry??

Hi David. I think Jason might be too busy nursing a birthday hangover!

More have now moved in. Someone just told me they have to go by Monday!!

Teignbridge have served notice to quit so they should be gone soon.

Does Teignbridge ratepayers pick up the bill for any waste left behind. ? In fact do we not  have a litter warden who could check out the area before they leave and issue enforcement fine if required

Why didnt TDC block off the gate when the first two arrived on Thursday. Total incompetence from an unfit for purpose authority

Problem is with the enforcements notices and other legal notices it only works for those who are in the Matrix.

Travellers are not in the Matrix and mainly do not have to answer to the bogus parasitic pumped up authorities.

Only us sheeple do as we are ordered by the corrupt council's and government elected bodies, in my opinion.

Counted 15 caravans on the playing fields.

One police van parked up in Leisure Centre car park.

Noticed that retractable bollards have now been placed in front of the gate where the lock was broken and entry to the fields was then made by the travellers.