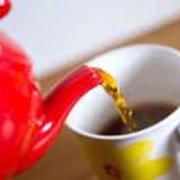 We will hit the wall of collapse of society by 2074...’ – is the stark warning a Dawlish climate researcher and author has sent this week to the Prime Minister and the Government’s Chief Scientist.

Martin Heath, an independent councillor on Dawlish Town Council, made the declaration after he predicted last year that by this May,

Can these guys do the job they were elected to do and deal with local issue and concerns e.g potholes instead of  preaching this  load of bull..............

Those who are concerned about climate change are no doubt very grateful to you for bringing their attention to this councillor's concerns.

Oh yes! Both the earth and its climate are very grateful indeed.

Potholes? That's a county council matter. The councillor who wrote the report is a Dawlish Town Councillor. The town council has nothing to do with potholes.

Hold the front page; Dawlish Town Councillor predicts the end of the world.

https://www.devon.gov.uk › energyandclimatechange
Devon County Council has declared a climate emergency. We have committed to facilitating the reduction of Devon's carbon emissions to net-zero by 2050 at the latest and have collaborated with other organisations in Devon to implement a response to the Devon Climate Emergency website.

wish they had declared a pot hole emergency .............more woke stuff from councils

The total idiots at Devon County Council who think the planets natural evolution is a climate emergency, are the same bunch of  loonies that think cycling in order to get arouund is progress. We are paying their wages therefore we should have a say as to when they should be sacked. We have the Met office in Exeter and they cant even predict next weeks weather so how do a hand full of snowflakes at DCC know the climate is changing. Its bullshit people

So it's only a hand full of people at DCC who know the climate is changing. Really? I mean like really?

And I seem to remember that the Met Office predicted this bank holiday wintry weather some few days back.

I also remember in 2000 the Climate Research Unit of the University of East Anglia declared that snow would soon be a thing of the past.

Part of this plan is to "borrow "money, whilst teignbridge keep telling the ratepayers the have no money for other services, Do not know where they get their -prices from probably boris johnson partner told them which shop to blow the money on.

Tuesday’s full council meeting saw councillors vote in favour of a £3m project at the Forde House HQ in Newton Abbot that will represent a significant step towards delivering a net-zero Authority.

@Burneside - ironically, a colder climate is a potential result of climate change.

And OMG! Have you seen these reports?

.
Climate change is putting the much-loved British cuppa at risk
.

As ever note the word" could" which along with "might" are used by newspapers to headline to get sales,. Best example from daily mail asteroid could hit earth etc,......don't always believe what you read in the national newspapers