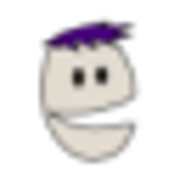 So the Nightingale unit leaves London and arrives, now installed in Exeter!

Read the articles.......roughly translated...lets stuff all covid patients that need hospitalisation from the rest of the u.k. to Exeter.

Additionally those patients that have major issues breathing need high altitude sickness treatment not mechanical ventilation which has a death rate of up to 80% when placed on one of these machines.

There are 7 Nightingale Hospitals not just the one in Exeter.

With two different reports expecting between 80-120,000 additional Covid fatalities over the winter it looks like we're going to need them.

Blah, blah, blah.....docking sheeple....god save us all. Led by the nose into servitude.

Changed your tune a little bit have you?

early today i watched sainsbury delivery of food to elderly couple so that they do not have to go out. then later on daughter drives round with grand daughter to play in the middle of the  road, a foot or so apart for the best part of 20 mins before the daughter and grand daughter drive off.

why should the delivery driver have to  put their lives at risk for these ignorant people!

social distancing is for a reason not for fun.

now they have gone out in their car, yes i may be nosey, but these action by them do not help contain the spread of this virus."

@HuwMatthews2... Yes I have. Due to the fact that when I wrote that in April there was, from the info available, a credidable threat from covid.

Now in August, with a lot more info available and proof from extremely large sustained public protests that this is no longer the case. Considering one of the most vulnerable groups was involved in these mass events here and around the world. Has there been 100's if not thousands of deaths from these public gatherings and this particular group... NO.

I am quite aware that there is more than 1 nightingale unit and do not need you to bluster on about the obvious.

Cases of covid have been on the increase because they are testing more people. The tests are seriously flawed, but because the death rate has dropped to literally nothing compared with many other deaths that occur through out this period of the year. The government has jumped on the testing band wagon to continue its agenda of items it could never pass at any other time in its history outside of a world war or suprisingly a pandemic.

I would suggest you have a look at the death rates over the passed few years and see for yourself how small covid currently is in relation to other incidents of death.

Have you not questioned why we only hear about the number infected, but not whether they were showing symptoms and/or had to go to hospital?

You need to open your eyes to how things are evolving here and the rest of the world instead of staying blinkered in your little pasture.

As a result, I would suggest you don't burn your bra... sorry... mask just yet.

"The latest "big change" in coronavirus infections across the UK is of "great concern", England's deputy chief medical officer has warned.

Prof Jonathan Van Tam said people have "relaxed too much" over the summer and "we have got to start taking this very seriously again". (Source: BBC News Website) :(

6000ish confirmed cases in the last 48 hours! This is estimated at around (x7) 42000 including those undiagnosed.

Well I did warn you. Good luck out there - this is only going to get worse until we have a vaccine.

Saw an interview with the editor of the Lancet yesterday. And Jonathan Van Tam on tv this morning. Both saying more or less the same thing.

Seems it is young people who are spreading the disease now but not only amongst themselves. For when they go home they then spread it to other, older, members of their families.

I think it was Matt Hancock who recently used the phrase "Don't kill your Granny!".

Editor of the Lancet referenced the (then) government's AIDS adverts back in the '80s. He said that was a good example of a straightforward message being given to the public and that something similar should happen now re Covid-19.

Far too much mixed messaging going on.

UNTIL WE HAVE A VACCINE.   Which strain of covid will they be using, currently there are more than 11 human covid and well over 20 animal strains doing the rounds that have been identified.

The continued media bombardment of those that have been tested with a positive result, but sadly lacking the fact that the percentage error per 150k tested COULD be up to 3000 false positives.

The media need to give the total tested against those found to have tested positive and the number showing symptoms and those req hospitalisation otherwise the figs are not showing the reality of the situation.

When the miracle vaccine emerges will we be given info on what it contains? Will they merely add it to the seasonal flu jab. What side effects will there be for those in the covid vulnerable groups?

Many questions and not many answers.

Just dwell on the early days of this pandemic and the old people from care homes that were sent to hospital and then found positive for the virus and knowingly sent back to infect many others.

The UK government running an island state at the beginning of the pandemic had the opportunity to close the borders doesn't and continues to let thousands of illegal economic migrants float across from France.

Its like being on the titanic before the iceberg with Boris and his motley crew at the wheel, although in this scenario Boris and his crew would have already jumped ship, Greek style.

Sorry to be a bit pedantic, but it was an Italian captain who abandoned ship (Costa Concordia). Can’t allow the Greeks to be unfairly libelled!

I also read somewhere that the Govt. estimation of around 6,000 Covid-19 infections per day at the high point (so far) back in April may have been grossly underestimated. The true figure could be as high as 100,000 per day apparently.

Although alarming, this could actually be good news......couldn't it?