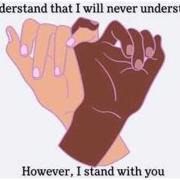 Anyone else see BBC Spotlight this evening when Evey Gordon a mixed race young woman born in Derriford, now living I believe in Cornwall, recited her poem about what this has been like. 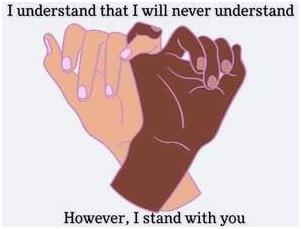 Yarn always playing the victims and dealing the race card for attention.

what a load of boll***ks- more woke crap

Who cares....NOT ME. Me and MINE is all that counts in this depraved day and age.

This once proud country built on the bodies of millions of proud men and woman who gave their lives for freedom from tyranny and freedom of speech.

And I know where I would place my knee and it wouldn't be on the ground.

Wouldn't it have been nice if the mixed race/blacks INTEGRATED with the people/area where they moved to, or do WE have to  change OUR way of lives to make them happy?

BTW, WHOSE country is this?

I do not disagree that white lives matter.

Because all lives matter.

BTW - Whose country do you think this is?

There will be a reckoning if this madness continues, in my opinion.

Perhaps that is what those who are descended from the once enslaved are hoping will happen sometime soon - a reckoning.

Does that include us white English who were slaves to the Romans and anyone else who invaded us?

Or is it because that was past history and we don't have a chip on our shoulder?

Also, tell that to the hundreds and thousands who fought and gave their lives for this country so that we ALL could live a better life instead of under the Nazi Jackboot!

@carer - Are those people, of English slave descent, distinguishable by the colour of their skin in present day Rome and discriminated against because of it?  I don't think so.

Do those who have fought (and are still fighting) for the rights of women in this patriarchal society of ours have chips on our shoulders?   You might think so. I most certainly do not.

Is it right that there is discrimination of any kind simply because of physical differences?

And yes, many people of all creeds and colours fought in WW2 against the Nazis.  And I agree that was so that we could all have a better life. Thing is though, some are more equal than others. Such is the way of things. However, when that inequality is based on physical differences and impacts huge numbers of people there comes a time when they have had enough.

Adolf tried to change history and look what happened to him and his chums.

And your point is?

Addendum: It has just occurred to me that you might be referring to the fact that those who advocated eugenics and the supremacy of the Aryan race (ie the Nazis) were in the end defeated by those whom they regarded as being of inferior genetic stock.

Is that the point you are making in your post above?

The BLM clenched fist is NO different to the Nazi salute.

Why/how is the usage of the clenched fist racist?

Have you researched its historical usage?

Try this for starters http://www.docspopuli.org/articles/Fist.html  and this

"throughout history, a variety of communities have used it as a symbol of resistance and unity: a simple yet demonstrative act of rebellion against institutional oppression." 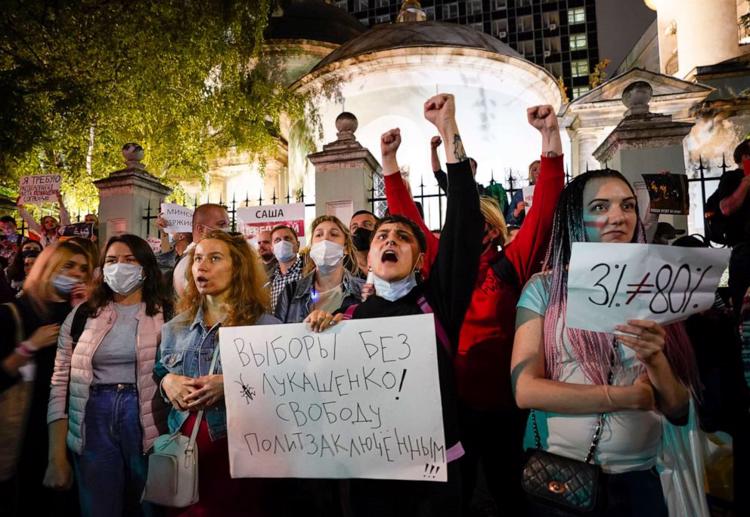 The people are protesting about the political system in that country.

It stems from the BLACK POWER (Racist) 'salute'  of the 1960's and the same so called salute has now been adopted by the BLM movement which has recently been revived by the death of a criminal called George Floyd, who liked to point a loaded gun at a pregnant womans stomach so he could obtain cash for his drug habit.

The clenched fist salute, as I have shown above, was in use far before it was taken up by the Black Power movement. And as I have also shown, it has been used, and is presently being used, by other groups who are feeling oppressed.

What bit of that is it that you cannot grasp?

I am not in anyway condoning George Floyd's criminal activities. As I am sure many others of whatever colour skin do not. So why, in that case, has his killing sparked off such a reaction?

Another interesting and informative read here https://www.nationalgeographic.co.uk/history-and-civilisation/2020/08/the-history-of-the-raised-fist-a-global-symbol-of-fighting for those wishing to know more about the history of the clenched fist salute.

I not interested in what you have to say about Belarus or any other country.

Black Power and the Clenched Fist 'Salute' as used by the BLM movement is a RACIST anti white symbol. FACT.

I'd rather gathered that you are not interested in the facts concerning the history and contemporary usage of the  clenched fist.

I'm curious. Is it the use of the clenched fist salute by the BLM that so offends you or is it the BLM per se? Do you have an issue with its use by other groups or just the BLM? What if a white supremicist group used it (showing a white fist of course!) would that be okay with you or would you regard it as being offensive and racist?

If people in this country would have listened to Enoch Powel and acted on his warnings accordingly we wouldnt be having issues relating to BLM and whats racist or not. Its to late to stop the invasion now the future of the county is looking pretty grim at the moment and is on the way to becoming a bankrupt third world shit hole.

At the risk of being accused of not being patriotic (feel sure someone will accuse me of it) I agree that the future of this country is looking pretty grim and that's for a myriad of reasons. I just see a downward spiral. Hope that doesn't happen of course, but......

Why all this has happened/is happening/will happen I don't see as being necessarily the fault of those who live in this country and whose colour of skin is not the same as mine (white).

A newspaper report that is a couple of months old but I have just come across it again and thought it relevant to this thread.

What about the white people in the US who have been shot and killed by the police?

Or doesn't that matter because they are white?

Maybe it's because when a white person dies due to police action, the population don't use it as an excuse to go looting, burning and destroying property!

You carry on with your support for a black criminal (Floyd) and you obviously have no thought for your grandchildren, great grandchildren and their children as they will be third class citizens in their own country, thanks to do gooders like you who have ruined this country.

BTW, if the clenched fist salute was used by a white supremist group, I would still say the same.

Are you accusing me of being racist then?

@Carer.  Sigh.  I do so wish that you would read what I write.  I have explicitly stated that I do not condone criminal activity.  So I would like a public retraction and apology  from you (although I suspect that I will be waiting forever and a day)  concerning your libellous accusation that I support  criminal activity (colour of skin of criminal totally irrelevant from my point of view).

You flatter me with such power that I have, in your words, " ruined this country".  Little, ol' me, myself, I, to have such power? Really? I don't think so.

How has this country been ruined? You don't say.

I am not accusing anyone of being racist.  I was just curious about your feelings towards the use of the clenched fist symbol.

Black man KILLS/MURDERS white man in Birmingham and injures others.

Any riots? Any demonstrations? NO.

Why? Because he is white.

I'm surprised that there hasn't been huge demonstrations (as before when a black person has been arrested) outside the police station as it seems that blacks are above the law.

That the man has been arrested shows that he is not above the law.

Using the ACE CARD, as I was told at Bramshill