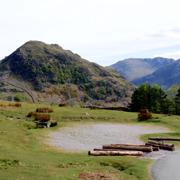 After the PM's address to the nation last night I think I am as confused as everyone else.

To what are we supposed to stay alert? An invisible (to the eye) virus?

To whom are we supposed to stay alert? Visitors to the area?

And to whatever or whoever it is to which/to whom we are supposed to stay alert what is it that we are meant to do when our 'alert alarm' goes off?

I mentioned visitors to the area as we live in a touristy part of the country. Note this as one of the things people can do wef this Wednesday.

"Visiting and sunbathing in local parks will also be allowed as will driving to other destinations. "

Note no mention of how far people will be allowed to drive (like from Covid 19 hotspots?) in order to reach those other destinations  (like the south west?).

'Stay at Home' or 'Staying Alert'.

No matter how you dress it up, it still won't reach the mindless morons who completely disregard the 2m social distancing or Lockdown.

Apparently this is what BoJo means by Staying Alert

@Leatash - Please give evidence of that claim you make above as I regard it as libellous!!.

and btw - I think you'll find that BoJo is receiving plenty of flak regarding his lack of clarity from those whose politics are to the Right of mine. And unlike your allegation concerning me and Corbyn (for allegation is what it is) I can give you proof of my assertion.

on the matter of distance of travel (see my second post) - apparently there is no limit on the distance allowed to be travelled. So day trippers it will be down here then and in other touristy places like, say, the lake district?

This is concerning Lynne I think we need to be required to stay in our own counties.

Talking to a friend in Brussels, they are having similar garbled messaging - have you seen Matt Lucas's video

Well done Boris for opening up the flood-gates for all the high infected areas to visit the mildly infected south west.

You are as bad as the other idiot across the atlantic.

Surprised you didn't tell us to start injecting ourselves with disinfectant.

Llyne how can my comment possibly be libellous and with regards to the Lake District i think you will find the Police have been very pro active in turning folk round before they even get there and locals dont suffer fools gladly and have been dealing with rule breakers themselves.

My view i think B J is doing a great job not only is he fighting a plague as we have never seen in our lifetimes but is still negotiating with the EU. Of course he will make mistakes and i wonder if Corbyn had have been elected if we would be having the exact same conversation 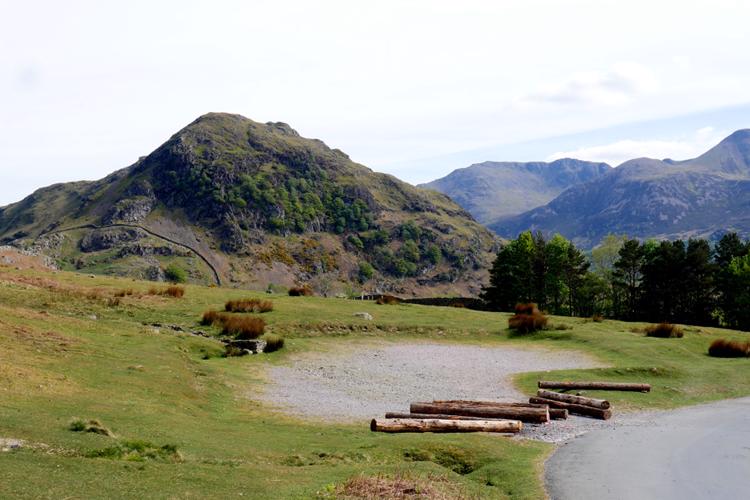 Not a visitor in sight. 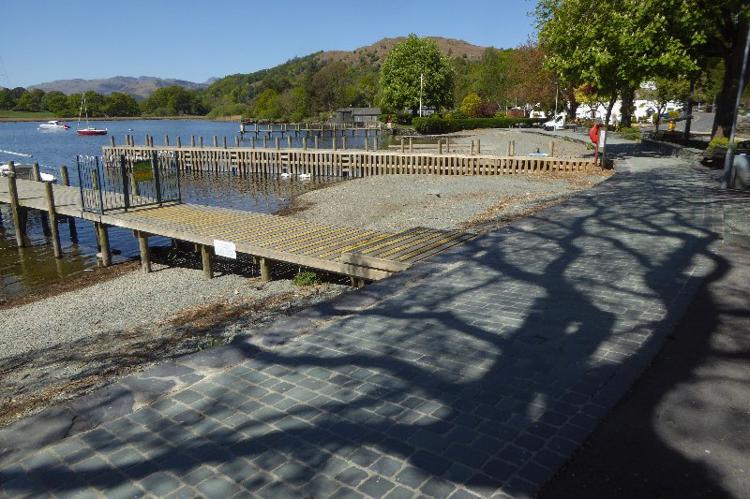 If only it was the same in Dawlish this is Coniston at midday.

If people really didn't understand what Boris was saying last night then just stay home.....you're clearly far too dangerous to be let out on your own!

"a published false statement that is damaging to a person's reputation; a written defamation".
Your comment about my attitude towards Corbyn is false. I told someone who knows me what you had accused me of. They nearly choked. So for the record and avoidance of doubt. I have no time for Corbyn whatsoever.  As those who know me know. Unlike those who jump to (erroneous) assumptions.
The lake district may be quiet at the moment but with people being told that wef Wednesday there will be no restriction on how far they can travel in order to take exercise I suspect that  situation will alter.
@HuwMatthews2  - You must have been one of the few then who understood what BoJo said on Sunday. If it was so clear then why did he spend so much time yesterday trying to explain it all?
3 Agrees

But with effect from tomorrow (Weds) such scenes need no longer take place in England as, unless people choose to, or have to, self isolate, residents of England will be able to go out to exercise as many times as they like in any one day and travel as far as they like in order to do so.

For Wales, Scotland and N.Ireland though the message is still the same. STAY HOME

Social Distancing in England wef Weds - apparently the guidelines are that wef tomorrow you can meet one different person each day whilst out and about provided that you keep the required minimum 2m distance from each other. This does not make sense. This. just. does. not. make. sense. Think about it. Just how many people are you likely to come across in any one venture out? I know I have come across loads whilst out on my daily hourly walk.  1x gawd knows how many.  So how many will I come across, how many will all of us come across, once we can go out as many times as we like and go wherever we like.? 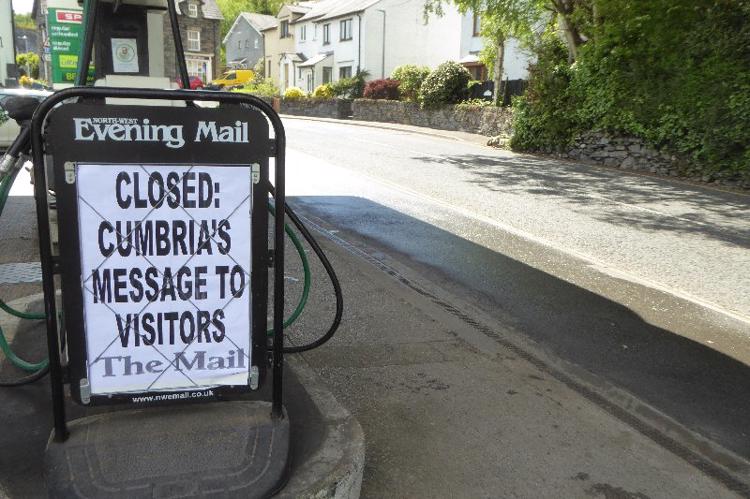 It's simple Llynne i am on day 67 of total lockdown i saw this coming in late January early February and prepared for the worst as you did with Brexit i have seen no one i  talk with my chidren on the phone every day and have done for 67 days. Exercise i go for a walk after 12pm i see no one i talk to no one, i do extra exercise online every morning at 0900 and i am prepared to do the same for the next 12 months if i have to It's not difficult and in a strange sort of way i quite like it, everything i need is online so i want for nothing apart from a trip home to my second home in Loweswater would be nice but hey you cant have everything in life can you.

"prepared for the worst as you did with Brexit".

Yeah, my Brexit No Deal toilet roll supply didn't 'alf come in handy a few weeks back when there was that run on the stuff in the supermarkets.

And as you've raised the 'B' issue I'll just flag up that a 'No Deal' come the end of this year isn't off the cards.

As if this country doesn't already have enough problems

Dont you worry now Llynne what we are dealing with at the moment will still be with us this time next year and Boris will sort out the EU probably using the current situation to his advantage we are in good hands and a no deal wont be that bad. Why do i say that well by the time we are finished with this pandemic we will all be used to the new normal and a no deal will fit in nicely.

Is it just me or is there a lot of smug 'I'm all right Jack-nesss' around at the moment?

Anybody else see the pictures of the crowded tube yesterday in London? Bit difficult to keep two metres distant from each other. And there were many it would seem who were not wearing masks.

For those of us who are retired being in total or relative isolation (although I wouldn't want to be isolated in a care home right now!) is so much easier than for those who are younger.

I cannot begin to say how much I hope I am wrong in my fear that this relaxation of the rules will result in another, above the R, wave of infections.

My advice to everyone out there prepare for the worst this is far from over my feelings a lot of folk dont understand what is coming, if you thought the banking crisis impacted your lives what is round the corner will be a hundred times worse.

Oh! So bumbling Boris won't be sorting it all out then?

Perhaps he could take a leaf out of N. Zealand's approach. Reports saying no new cases there over the past 3 days.

Not a great comparison population of New Zealand 4,783.063 population of UK 67,886,011 and just to put it in perspective population of London 9,304,016 and plus New Zealand has very strict border controls unlike the UK. And the other point who else will sort it out the world is going into meltdown and no goverment will cope we are heading for the worse recession in living memory and the world is not at all prepared for it.

And plus New Zealand is 10% larger than the UK so a small population more space less infection.

Uk locked down late. Was it a hard lock down? For some no doubt. We were still having planes flying in from heavily infected areas and quarantining (such as it was) stopped weeks back.

For once I have to agree with leatash - NZ is over 1000 miles from Oz so it was easy to shut the border.

We have a land border with another country.

and then of course another difference between the UK and NZ is in the quality of the leadership.  We have bumbling, blustering, Boris.

"One critical success factor that is, unfortunately, harder to guarantee is high-quality political leadership. The brilliant, decisive and humane leadership of Ardern was instrumental in New Zealand’s rapid change in direction with its response to Covid-19 and the remarkably efficient implementation of the elimination strategy."

Yes Llynne we get you are not a tory and dislike Boris but i would like you to tell me who would do a better job.

Well, for starters, someone who can communicate without all the bluster and blather.

Of the present cabinet, I'd say Rishi Sunak. 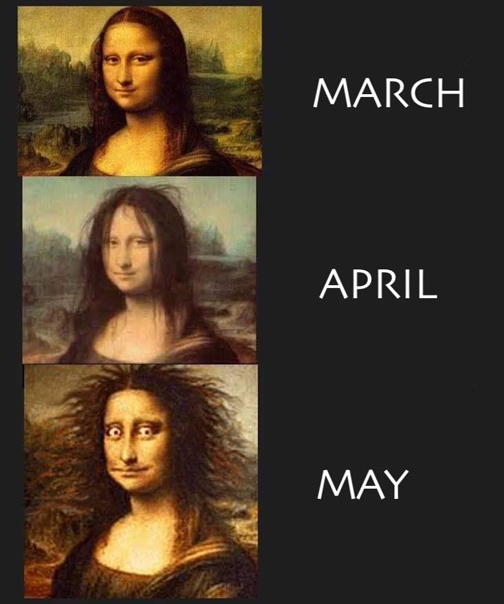 Is that a non verbal comment on the state of the blithering buffoon's hair?

You don't have to be a non tory to dislike Boris the Minion, as I know of people who were staunch tories and cannot stand him.

Being a whinging git is easy!

What are you doing to help?

That could just be doing what you're advised to do right through to volunteering.

When we come out of this I want to be proud of what I did.

I don't expect the Govt to implant common sense into me - I hope I have enough of that to get by.

Do you really expect that Boris (and his scientific advisors) is going to tell you, individually, in every situation, what to do?

If so, you are clearly a candidate for a Darwin Award!

Doing what you are advised to do is only possible if you can figure out what the advice is that is being given.

It's taken almost a week for a fair chunk of the country to figure out what bamboozling Boris was going on about last Sunday.

Here is one analysis.

"people don’t want to be told that they should take a greater risk of getting ill in order to keep the economy going but can’t see their family or friends."

It goes without saying that I sincerely hope the infection rates doesn't go above R again. But.......should it do so, what then? Will it be lockdown time again (lives first) or a continuation of the above policy (livelihoods first)?

I've been pleased up till now to see that the SW has consistently had the lowest rate of hospital cases etc. in the UK.  I was less pleased yesterday to see that the R0 rate in the SW is among reckoned to be the highest, at 0.76.  All the more reason to keep on following the guidance (if we can understand it, as Lynne says).

Mind you, I've no idea how they work that out so maybe I'd best just forget it.

Well done Boris, you and you so called scientific advisors (inc Trump?) are complete idiots in making us open to the higher infection rate.

Stay HOME and NOT stay Alert.