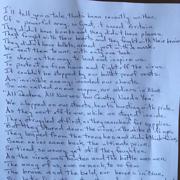 Coronavirus and having to stay in.

Paul
Don't know the source of this, it was texted to me. I guess it is from social media.
None the less, whatever the origins of this text, it certainly puts 'having to stay in' into perspective.
Me and the lads out in Afghan in 2007.
There was about 60 of us surrounded by hundreds of Taliban.
The temp. was pushing 50 when we got there.
We went out on patrol every day carrying 50-60lb of weapons, ammunition and equipment.....
..... often getting into ferocious fire-fights with the enemy.
There were land mines, booby traps and IED's everywhere.
We were living in derelict buildings, sleeping on camp beds and the water in the showers was ice cold.....(the temp. dropped to -20 over the winter)
......and the f**kers fired mortars or Chinese Rockets at us most nights.
We had to sh*t in a trench, sitting on a plank of wood with a hole in it....
....can you imagine what a trench full of sh*t smells like in 50 degrees heat?
And one week there wasn't enough supply helicopters...
...so we had to make the decision as to whether we wanted food or ammunition?
We then lived on 2 x cups of noodles per day for 4-5 days.
Now.
I was lucky enough (depending on how you look at it) to get blown up after 2 months...
....and came home to get patched up and recover.
The boys did another 4 months of it.
By the end.....
2 were dead.
Several others had suffered life changing injuries.
Numerous lads had been shot.
And one lad who'd been in my Section sadly took his own life last year after suffering years of PTSD.
That's why it makes me want to f**king cry when I see on the news...
....that people can't just stay in their f**king house for a couple of months.
You've got food.
Water.
A hot shower.
A nice comfy bed.
A telly, an iPad, a phone and music at your finger tips.
Amazon will deliver anything else you want to your house tomorrow.
Nobody is shooting at you.
And.
If you do need to go out for food.
You haven't got to worry about stepping on a f**king booby trap!
So please.
The weather is going to be nice this week %uD83D%uDE0E.
But don't be a dick.
Understand and appreciate how lucky you are to be in the position you're in....
7 Agrees

certainly puts it into context.

although i fear that the easter bank holiday will cause a lot of issues for our emergency services.

@deedoodle, I wasn't sure what your issue about the roof man was, if he is a builder who can't work because of the stay at home policy and is taking the opportunity to repair his own home, is that such a problem, or should he just sit looking out of his window critising others? I have had a family member die in their own bed this week and another elderly family member fall and fracture bones and suffer wounds, both members incurred help from emergency services so again I wasn't sure if you were meaning a roof was a no go place because of the potential for increased use of emergency services|

@Dil...I believe you answered your own question. 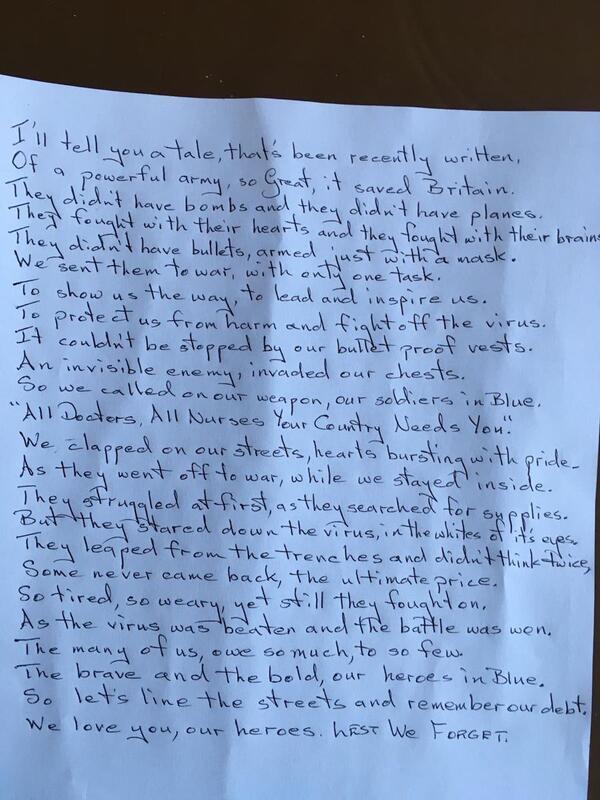