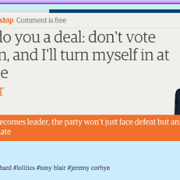 I cannot find any mention of the WASPI cause in the Conservative Manifesto.

However, an indication of the Conservative Party’s attitude might be gleaned from the response given by the Prime Minister to a question posed to him concerning this matter on the BBC’s General Election Question Time that was broadcast last Friday.

“I do sympathise deeply with the Waspi women... but it is very expensive to come up with the solution you want.

“I cannot promise I can magic up that money for you - it is not possible to satisfy all the demands of the Waspi women."

“ Provide all pensioners with a decent income, recognising their contribution to society over their lifetimes. All pensioners will receive £178 a week (£10 higher than the current highest possible state pension payment). This rate will be increased in line with inflation over the years to come. > Be phased in, with a view to all adults being in receipt of their full rate of UBI by 2025. with the first tranche of people to receive it being women born in the 1950s. These women, represented by the campaign Group WASPI (Women against State Pension Inequality) have been penalised by unnecessarily abrupt changes to the pension age brought in by the Coalition Government and it is right that are first to feel the benefits of UBI. We will also look at additional ways of addressing this injustice, which has affected hundreds of thousands of women. We hope to have fully phased UBI for every UK resident by 2025.” Green Party Manifesto 2019.

“Under the Tories, 400,000 pensioners have been pushed into poverty and a generation of women born in the 1950s have had their pension age changed without fair notification. This betrayal left millions of women with no time to make alternative plans – with sometimes devastating personal consequences. Labour recognises this injustice, and will work with these women to design a system of recompense for the losses and insecurity they have suffered.”Labour Party Manifesto 2019

On Sunday 24th November The Labour Party elaborated on the above policy with this announcement:

1 day ago - Labour will today pledge £57billion to women who were denied state pensions. Some 3.8million hit by pension age rises will get up to £31,300. Shadow Chancellor John McDonnell said: “We see this as a debt of honour.” ... The pledge to rectify a “historic injustice” is made by the Mr ...

“Ensure that the women born in the 1950s are properly compensated for the failure of government to properly notify them of changes to the state pension age, in line with the recommendations of the parliamentary ombudsman.” Liberal Democrat  Manifesto 2019

On the Andrew Marr show on Sunday (24.11.19), Jo Swinson, the Leader of the Liberal Democrats, said her party would wait for the conclusion of an ongoing investigation into the issue and "respect what the Ombudsman comes up with".

Labour's pledge to reimburse the women affected by the pension change has been costed at £58 billion, but was not budgeted for in their manifesto.

"Shadow Chancellor John McDonnell confirmed that the £58billion price tag for the policy did not appear in Labour’s "fully costed" election manifesto."

So yet again Labour will be relying on the magic money tree to fund its spending.

Boris Johnson has seemingly found them for so many other things!

"For every extra pound in Tory spending, Labour are promising £28"

What were you saying about magic money trees?

What I am saying about magic money trees is that Boris Johnson cannot seemingly find one to compensate the WASPI women.

Because magic money trees do not exist.

Magic money trees exist as much as unicorns do.

Message for all the 6, 700 or so WASPI women who live in the Newton Abbot constituency.

Suggest you and your loved ones bear that in mind when you cast your votes.

Is electing an antisemitic Marxist government worth it?

Is electing an islamophobic, right wing government that doesn't give a toss (or should that be a spaff?) about WASPI women and many, many ,others, worth it?

"Islamophobia" is an invented term to shutdown any debate or criticism of Islam.

Well that may be your opinion but I have just done a search using the words Conservative and Islamophobia.

Lots of links found concerning this seemingly endemic problem that the Conservative Party has.

Message for all the millions of 1950s born women in this country, irrespective of creed, colour, religion or anything else.

If you have been adversely affected by the raising of the State Pension Age then note that the Conservatives are not interested in doing anything to correct this.

Suggest you and your loved ones bear that in mind when you vote.

A bit like Labours pledge to build 150,000 council homes each year now anybody with a scrap of sense knows it's pie in the sky they all lie always have always will.

A bit like Johnson's pledge for 50000 nurses. Biggest joke ever.

"The Pigs are all fed and ready to FLY".

Or do women only want equality when it suits them?

For clarity: The WASPI campaign is not about whether the State Pension Age should be the same for both men and women.

What the WASPI campaign is about is this:

1. That the women caught up in the raising of the State Pension Age (1950s born women) were not notified at the time that their State Pension Age had been increased.  This happened in 1995 and then again in 2011.

2. The increase was so fast that some women born but one year apart  had/have something like a three year age difference  between when they qualified for their state pension.

1)  Cons get in and we will be screwed over by Boris's renamed may treaty.

2) Labs get in and our economy will dry out quicker than a dog turd in the sahara sun.

It still amazes me that people are still taken in by what comes out of these politicians mouths.

We as a population are being steered into voting for what the establishment want, because our voting system is not fit for purpose as far as democracy goes. Although works perfectly well for the 2 main parties to stay in parliament forever unchallenged.

When I started work in the 70s I paid national insurance on the basis that I could retire at 65 and recieve my state pension providing I had a full 35 year stamp contribution. Iam now being informed that i will have to wait till 67 to claim my state pension.

In effect like PPI I was missold my pension rights and should be able to claim compensation and interest on the extra two years money.

Has anyone come across a company taking up this with the Dept of work and pensions?

“We’ll pay for it because it has to be paid for.”

At least he recognises that something should be done.

I'd never heard of Liberty Defenders until Leatash posted that link. 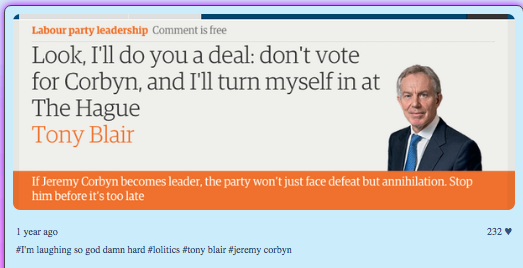 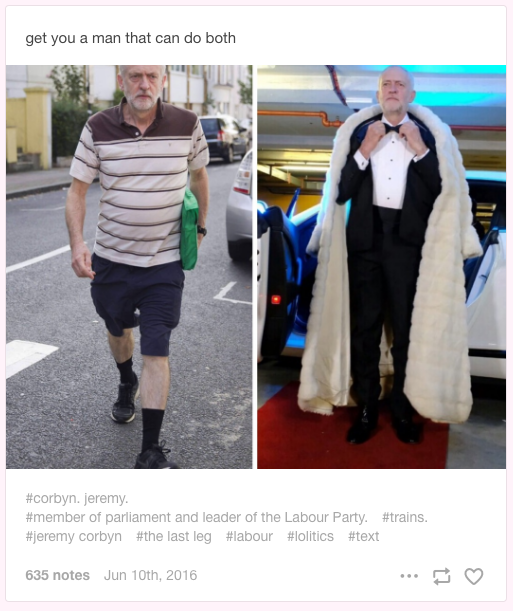 And still the fact remains that Jeremy Corbyn believes the WASPI women should be recompensed and Boris Johnson does not.

Where will Steptoe find the £60 billion, which is in addtion to the £80 billion they have already pledged to spend?

This thread is dead the waspies are not going to get anything so why continue this conversation!

The point is Lynne it could be he may believe women should be compensated but many more MP's of all colours may think the same, but finding the money and doing something about it is another matter.

The point is Leatash that it could be decided legally that the government has to compensated the WASPI women. Therefore it should be fiscal sense for whoever it is who forms the government to put money aside - just in case.