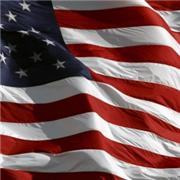 This also shows that the lefty flower power wimps are the real danger.

There's no room for a bunch of pansies to get in the way, real problems are solved by real men.

Hippies can go take some drugs and get high, while real men run the world.

Well done Donald Trump, you are a true friend to all humanity. 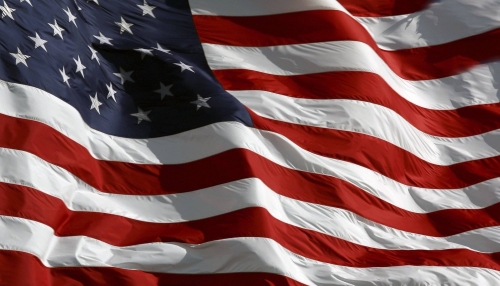 What do you mean by pansy? Trump is a moron.

@DC24601, you are correct. where my original post says men it should say people. i'm sorry for that and apologise.

Why do you call Mr. Trump a moron? He has fixed the North Korea problem where others had failed.

Little bit simplistic surely, how has he fixed the problem?

North Korea still has the same leader and his sycophants, it still routinely indoctrinates it's population in anti-west propoganda, people still starve, people still get executed etc etc, not fixed.

The issue of 'whose balls are biggest' is just for show. North Korea puts on a show of missile testing, the West sabre-rattles for a while, NK makes a show of backing down.  However, its people are told that Kim Jong Un has humiliated and humbled the West, ad infinitum

Is any of that relevant? As long as Kim doesn't have weapons he can use against us and our friends then job done.

And do you really trust him to get rid of his weapons, or not to change his mind about inspections, or to try to hide some, or to try to haggle keeping some 'just in case'?

He comes over as a petulant child whose whims have to be adhered to regardless of how ridiculous or damaging, rather like the orange faced, misogynistic, small-handed buffoon you admire.

Job done? You must be kidding. First of all, Kim is the winner on the proposed meeting front (whether it will happen at all) because no American president has recognized NK since the Korean War. Kim is just as egocentric and bombastic as Trump.

"Real men run the world"? You mean men who are misogynists, racists, liars, narcissistic egomaniacs? Those kinds of "men"? Those are not real men. Those are dangers to humanity. That's who Trump is. I suggest you do some more research before you go spouting off in favor of this menace who has divided American society like it has not been divided since the last paranoid president, Richard Nixon. And you remember what happened to him, don't you? Hopefully, the same path will be trod by Drumpf (his real family name, in case you are unaware).

Your hero is coming on the 13th July.

I suppose that you will be the only one who will be waving the flag and happy to see him as no one else will.

I don't see why so many slag Mr. Trump off without ANY evidence to back it up.

Donald Trump is a very successful person, a great leader and a true friend to The United Kingdom.

He is clearly a nice person and deserves respect.

What a shame HE doesn't respect others but expects respect himself.

@Calamari, how do you know that? have you met him?

Oh Paul, how can you seriously back such a mysogonistic, racist bigot with the attention span of a sperm cell and the maturity of a 2 year old?

Again, Paul, you've got to be kidding. "... successful, great leader ... nice person". Are you a Fox TV watcher or does your knowledge of him only stem from The Apprentice?

I am a proud American who is ashamed and appalled that this liar, cheating husband, draft dodger, non-payer of bills to his vendors, tax evader, racist, and sexual predator who surrounds himself with syncophants is in the Oval Office. He is dividing and destroying the country I love and his destruction will take years to fix. I can only hope he will be defeated by a blue wave (do you know what that is?) in November. Do you even realize that Hillary Clinton won the popular vote by over 3,000,000 voters? It is only because of the antiquated electoral college (which is way past its sell by date and was created so as not to end up with a monarch-type despot as president) that he took the oath of office. He is America's worst nightmare at the very least, not to mention the rest of the world.

Do you realize how derisive your language in your original post is ("wimps" and "panzies")? I hope you stand alone to welcome him on July 13th. I think I will be wearing black on that day.

I read this in one of yesterday's national newspapers:

"It is important that he has the chance to see what people in other friendly nations really think of him, and I am sure the British public will be happy to oblige in their tens of thousands."

Perhaps he'll be given a tour of our iconic Wembley stadium.....

Trump was the only one that had the guts to deal with North Korea. Now thanks to Trump it has been sorted. Fact.

@Scapegoat, where is the evidence for your claims?

@Dawlish transplant, no one is perfect, nothing wrong with praising someone on a job well done. your voting system, i can't help you with. the phrases i have used are just real, 'pc' is stupid and a waste of time.

@Lynne, a bunch of loonies causing choas is just an embarassment and does not represent descent people.

The American people voted for him and he is the President, instead of winding about it, perhaps you should support him.

i am not going to continue with this pissing contest, paul. you don't know what you are taking about. trump is an absolute disaster. how can you possibly ask @Scapegoat where her proof is? just read any newspaper (try the nytimes - the newspaper of record - or the washington post), or watch any news report (i suggest you watch the nbc nightly news, broadcast on cnbc every night at 11:30pm). are you blind and deaf to the claims of genital grabbing (i will not stoop to the term he himself used), lawsuits, payoffs to whores, shady business dealings, calling racists "fine human beings", out and out lies, flip-flopping, and outlandish braggadocio ("my button is bigger than yours")?

Why don't you go to greet him in London to show your love for him. I will stay home in Devon.

Yep. Let's leave at this. The facts.

Also no evidence to back up any of your claims. Fact.

Has he fixed the problem or have the Chinese been having a word on the side with Kim Jong-Un and told him to wind his neck in.

The facts. Yes, just like Chamberlain solved the German problem in Munich. And if it had not been for America, you would be speaking German now.

Trump has NOT FIXED the NK problem. FACT.

There are reams of evidence of Trump's illegalities and shady deeds. You probably think that Mueller will find nothing. WRONG. How can you actually believe there is no evidence?

Just as well you moved to Dawlish, isn't it?

Trump hints at repercussions for any country opposing US world cup bid, this man has serious problems.

I think he is a live canon.

To burneside: When I awoke on Nov 9, 2016, that was my first thought upon hearing the awful news!

Brexit, and Trump being elected were the two political highlights of 2016.

I wonder what you Trump sycophants have to say about his latest idiocy re Iran. At least it deflects from the court case against him...

The man has serious problems probably some mental instability he is up and down like a yoyo sad really.

The Iran deal was too lenient. Trump is right to pull out. Iran is bad news.

More proof that Mr Trump is a great President.

Oh hi there Donald, nice of you to grace our humble town website.

I see that the Israrli troops backed by the good old Stars & Stripes slaughtered another 9 Palestenians today.

I can't please all the people all the time.

At the last count it was 52