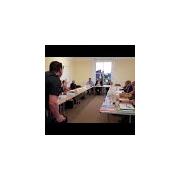 There is a full Dawlish town council meeting being held this coming Weds (4th April) and the subject of a playpark on the lawn is yet again on the agenda.

See agenda items 18 and 19. But note that agenda 19 is to be taken in the part of the meeting that is not open to the press and public.

Based on the activities of current and previous Dawlish council's I am not surpised in the least when it concerns the micro play park for lazy parents.

Where is this tranceparency thingy that those in power are always babbling on about?

We will know what it will cost later and we will know who the succesful contractor will be,so why aren't we allowed to know first as last. Can councillors be trusted to select a contractor on price alone? Because chances are, that's what they will do.

Yes I agree about transparency.  And on a not unrelated subject, the 'goings on' with regard to the resignation of the town centre develoment manager also appear to be being kept under wraps.

From the minutes of the town council meeting held at the beginning of March.

EXTERNAL FUNDING The Clerk provided an update on funding bids made in September 2017 as to funding for a play park on the Lawn by consultants who were appointed by the Council in July 2017. One bid had been successful, and the proposed level of grant funding was tabled. The Clerk advised that, as requested by the funding organisation, the information be embargoed for up to 6 weeks or until final confirmation from the organisation and the Department for Transport, whichever was the sooner. Resolved (a) That the update be noted; (b) That the consultant’s application on the Town Council’s behalf be asked to provide copies of the bid to the external funder; (c) That the Dawlish and Teignmouth Community Interest Company be asked to provide the Clerk with copies of the project notes held by the former Town Centre Development Manager; and (d) That clarification be sought on the deadline as to when the Town Council must decide to accept grant funding if approved, or not.

Lynne, your title suggests it is a proposal, yet reading through the minutes, it appears that it is a done deal and that the play park will go ahead subject to funding - is that correct?

Ithought that somewhere in the pipe line, there was another consultation to take place - have I got that right?

Being a mere member of the public like your goodself Majorp I've no more idea about what is going on than you. I expect town councillors have more idea but as all this is apparently subject to embargos and only discussed in Part II of council meetings the councillors ain't saying anyfin.

And yes there is supposedly another working party being set up to discuss the future of the lawn but this WP doesn't seem to have met yet. I was thinking of reserrecting the thread that I started about this new working party, and that you have also now raised the matter will make me do so.

At the last town council meeting held on 4th April the town council discussed, yet again, the issue of there being a  playpark on the lawn.

Click on the link below to watch the meeting. The relevant bit concerning the playpark starts about 1 hour 35 mins in. Note that the town councillors present, and by an easy majority, vote in favour of the concept of there being a playpark, somewhere, on the lawn.

Note also that the Lawn Working Group has been tasked to consider options regarding the playpark and that it (the lawn working group) is to report back to the council within the next three months. As I type this I have no idea who is on this working group/when it meets/where it meets etc. Does anyone have any information?

▶ 1:52:41
https://www.youtube.com/watch?v=NO5QlI44L4o
17 hours ago - Uploaded by MeetingsFor ThePeople
A video recording of the Dawlish Town Council meeting held at The Manor House in Dawlish at 7pm on the ...

Info: am told that the first  lawn working party will be held back end of next week.

What I/we still don't know is;

1. Which councillors are on this working party and how many councillors?

2.  How many (non councillors) have expressed a wish to sit on it?

3. If more non councillors wish to be on this working party than there are places, how will the councillors decide who should be on it and who should not?

Okay ......so......assuming this working party will be meeting this week sometime (although we do not yet know who will be sitting on it!) I thought it might be an idea if the Dawlish.com community put forward some ideas for this working party to consider.

1. For the Lawn, or part of it, to become a post Brexit communal allotment and orchard (see https://www.dawlish.com/thread/details/46061)

2. For there to be a new community drop in moaning centre on site

3. Both the above, as well as being community assets, could also prove to be unique selling points (USPs) of/for Dawlish and could quite possibly generate free and nation-wide publicity (remember the amount of publicity the 'signs'  created?) for the town, especially the town centre. It might thus be argued that if such USPs attracted curious visitors to the town centre, the town centre economy might also benefit.

I have a few suggestions:-

1) Daily pickup of litter and dog poop around 7 a.m.

2)  An actual enforcement of The Lawn rules of use i.e. prohibition notices.

3) A new bandstand in keeping with Dawlish's Victorian heritage.

4) NO further development of The Lawn.

We already have a litter pick up at 0700 plus a street clean at the same time granted it's not a proper clean like it used to be but they make an effort. Enforcement of the rules the days of a uniformed presence in the town on a daily basis went 15 years ago. A new bandstand well that has been a matter of conversation for the last 34 years and a decision still hasn't been made. Development of The Lawn well if the above is anything to go by that wont happen anytime soon. Disband the Lawn working party why? it will give them something to do for the next 30 years and will keep this thread going long after i am dead.

Currently visiting Dawlish and can honestly say that the Town could do with completing all the projects that are currently under way before ripping up a perfectly pleasant part of the Green for another I’ll-conceived scheme.

Here’s a list of things to sort in this decaying town:

- There’s currently nowhere on the sea wall to have a coffee (Pirate Chest at Coryton not present, Cafe near the bridge demolished with no apparent replacement, Red Rock at Langstone derelict)

- sea wall between Dawlish and Coryton currently closed for repairs

- Balcony terrace at Marine Tavern removed and not yet replaced

The sea wall belongs to network rail and in essence is private property, from boat cove onwards to Coryton Cove belongs to Teignbridge as there is no access the refreshment van cant get there. The replacement for the demolished cafe will be at the new mini golf and the work at Cockwood is for flood prevention due to rising sea levels, last but not least the Balcony terrace removed no idea is it something to do with Marine Parade recently being part of the English Channel due to a discarded plastic bag blocking the drains. Yes we have a decaying town but its been decaying for the last 35 years and each year it gets worse and we have been told the work to the Strand would revitalise the town, the new cycle path would revitilise the town, and yes the latest the mini golf will revitalise the town.

You left out that the proposed new playpark on the lawn will revitalise the town - allegedly.

Willkilner clearly has no idea about the work currently taking place at Cockwood and along the Exe estuary. Once completed, there will be little visible difference at Cockwood, however homeowners and businesses will be far safer from the rising waters caused by global warming.

The ‘Cove Cafe’ will be back up and running at a Coryton very soon, now that they’ve been awarded the contract to continue running the catering facilities there. FYI Willkilner, the Pirates Chest left there years ago and were succeeded by two far superior outlets (the first of which was burned down by an arsonist with a grudge to bear).

Red Rock Cafe, well the least said about the shysters who most recently ‘ran’ that establishment, the better. Hopefully someone reputable can step up to the plate and take it on, if Network Rail allow them to.

The mini golf at Tucks Plot was previously a horrific eyesore. Once the vile weather has abated, it’s replacement, being created from scratch by a private individual, will be a massive improvement.

I hope the people who run Red Rock cafe read Mrs Cs disgusting post above and take some action. They planned to a few years ago when she put false information on here about them, perhaps this time they will. What a despicable woman Mrs C is but, as the saying goes, the leopard never changes its spots.

To return to the issue of the proposed playpark on the lawn. See page 2  of today's Gazette.

Hi Diana, i’m aware it’s a delicate balance between the need for flood alleviation and the search for a solution that doesn’t look horrendous. I hope your assurances of very little visible difference at Cockwood prove correct. From seeing the works in progress this week, it looked a little on the severe/brutal side. Perhaps we can revisit this discussion once the works are complete, comparing and contrasting the ‘improved’ harbour with the charming and idyllic location it replaces.

Either way, I stick to my original point that Dawlish as a whole (Network Rail, whichever Council, private businesses, residents) has several more urgent matters to sort out/complete before it starts digging up a perfectly decent part of the town centre’s greenery for a project of dubious merit. The clue is in the name ‘The Lawn’. Surely the council should protect such a green oasis for future generations.

Like you say Will, it’s a work in progress and I look forward to revisiting this in the near future. In the meantime here’s a link to the Environment Agency’s most recent newsletter about the flood relief project:

Thanks Diana - i’ll take a look