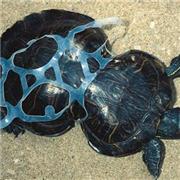 Plastic is the topic for discussion at the moment and I hope it continues.

Theresa May has set out a plan that will come to some sort of fruition in 25years time.

I would have thought it needed immediate urgent attention.

If less people bought plastic wrapped goods now, shop keepers would have to quickly adapt to other measures.

I wonder if that is possible or will you wait for someone else to stop the selling of plastic wraps and bottles?

When I was young, plastic wasn't even thought of, so it is possible to do without it, as I don't think I suffered any ill effects without it.

God you must be old if you did not have plastic when you were young..

String fishing nets, paper bags, glass bottles, cheese cut off the block and wrapped in paper, a shopping bag that mum made out of old curtains, potatoes wern't wrapped in plastic, they were weighed in front of you and tipped into your shopping bag, fish and chips wrapped in news paper, etc,etc. If you bought a fizzy drink (Corona in my days) you paid a deposit on the bottle and took the empty bottle back when you wanted to buy more pop or put the deposit towards something else.

You could all do what i do remove all the plastic packaging from the food i buy at the till and leave it there if everyone did this Supermarkets would soon get the message and reduce plastic packaging. It's a bit of a pain but the look on the cashiers face when you do is well worth it because what it does is hold up the till they then have to remove all the packaging and clean the area all this takes time and slows down the till operation.

And you piss off everybody in the queue behind you.

But if everybody refused to take the packaging they would soon change but of course folk wont it's far to much trouble thats why we have a problem.

And it’s the poor person working on the till who faces the brunt of people’s ire.

I can't believe how truly irresponsible and inappropriate the action leatash takes, do they really think causing such stress to a cashier is going to make a situation change overnight. Do something to affect the ones responsible not take it out on someone at the very end of the chain minding their own business and just trying to make an honest days living. I'm sure there is far more to go through than just removing all the packaging and I hope leatash may think carefully about the potential of giving a cashier health issues,  bullying shortsightedness...unbelievable!

As per usual with anything to do with the environment it's to much hassle the only way to change the way things are packaged is to show the Supermarkets we dont want it, it's no good telling them you have to show them. So i presume burnside/Diana Mond you couldn't do it to help the environment because believe me those in power wont change things people will.

If you really do take off all the plastic packaging while in the supermarket, how do you then hygenically get all your purchases home?

Supermarkets generally don't sort their rubbish Leatash. Cardboard goes in a baler and foodwaste, plastic etc all gets thrown in the same big wheely bin that is taken away by a private company. The plastic you leave behind will most likely end up in landfill but if you took it home you could ensure that as much of your plastic as possible is recycled.  Your stance is worthy but I think lobbying and pressuring elected officials will get you the outcome you want quicker than inconveniencing a checkout worker. Getting milk home must be tricky!

I do my recycling at home thanks Leatash. I always take my own carrier bags whenever food (or other) shopping, and never use those little plastic bags when buying loose fruit or veg.

Some people still moan at having to pay for single use carrier bags, that’s something I can’t get my head around. Just take your own reusable bags!

Lets hope that leatash's action (in spite of the way other's view it) will find it's way to the top. Cashiers get flack all off the time for somethings that are nothing to do with them. I have seen it and I expect others have as well. I have seen customers standing and waiting their turn at the checkout, when it is their turn, they have got nothing ready, they can't even find where they have put their purse to pay for it, and the poor cashier can do nothing about it.

This plastic issue is a major problem and 25 yrs plus to sort it out is too long, it needs to be fast tracked. If there are 8m tons of plastic per year dumped now, think about how much more there will be (8x25) if nothing is done about it now.

China has been the dumping ground for years to recycle plastic, they are not doing it anymore so we have to find our own ways of dealing with it.

It is no good others condemning the actions of others, when they are not prepared to do anything themselves.

I can't believe the remarks (yes I can) that the likes of Diana Mond, lisa,burnside,Dil, have made. They have added nothing to solving the problem, only critisised what others are doing about it.

majorp You are spot on if everyone refused to take plastic home with them it would change within months so there are plastic items we have to live with milk containers being one of them i would think it would be impractical to put 6 pints of milk in a glass container. But most other things can be changed majorp made the point all veg can be loose and just tip it in a bag spuds etc. i unpack those items at the till and just put them in a jute bag. Meat is a problem but i have large plastic re'useable zip lock plastic bags and without touching any meat i transfer one to the other the zip lock bag is then washed to be used next time. Supermarkets could go back to paper bags for all the veg we buy, the plastic bags they use at present cant be recycled so they go to landfill and the consumer of course is generally lazy and cant be bothered to bag up spuds,carrots etc but picks those in a bag that most of the time again go to the tip. Folk are lazy i notice when i recycle at Sandy lane the front part of the bins are always full to bursting and the back of the bin empty why because folk are to lazy to walk to the back our attitudes need to change and majorp i also remember the days before plastic packaging. Now going back to meat this could be packaged in bio degradable bags they are available so why not use them or at least use fully recyclable packaging


Leatash's kind of system was adopted in parts of Germany years ago and not only plastic but most of the packaging. People would take their supermarket shopping out to the car park in the trolley, and in their car they would have re-usable containers like cake tins. They would remove all but the essential packaging and leave it behind in the trolley for the supermarket to deal with.  I believe the law there states the retailer or supplier of all packaging including cardboard and pallets etc is responsible for its correct disposal and that non-degradable stuff is not allowed in domestic dustbins

Excuse me majorp but where did I criticise leatash? I said his or her stance is worthy. That's not criticism. I did add something to help resolve the problem. I suggested lobbying those with the power to change things. While I don't disagree with leatash's actions, I'm not convinced that alone will get the result he or she wants. It is the supermarket fat cats that make these kind of decisions and they will probably never be affected by packaging left behind at the checkout. It will just be put in the bin by a shopfloor worker and whisked away by the contract waste collection. It will then either go straight into landfill or possibly sorted by the waste contractor so that they can sell on any recyclable material to increase their profits.

Lisa, it works like this, (and whilst you did not criticise directly) there was an air of he was not doing the right thing as it could be upsetting the wrong people.

If you consistently hold up something, (it could be anything) but in this case it is the queue at the checkout that people are concerned about, then would those people complain about being held up because someone was taking the plastic off of the goods they had just bought, and who would they complain too? The cashier or would they take it further up the ladder.

I am convinced that action of all sorts will begin to take place to rid ourselves of this dreadful material.

It was only in about the 1960's that the plastic bag started to be used more prominently and I think it was about the same time that it was declared to be the most used material in the world.

And look at the damage worldwide it has caused in such a short space of time.

It is something so serious that anything that gets the attention of others to do something about it is fine by me.

Getting milk home was never difficult, it was delivered to your door in a bottle and if you wanted six pints you would have delivered to your door - six one pint bottles and the milkman would pick up the empty bottles at a later date. We didn't have fridges or fridge freezers, we had to budget accordingly and buy only what would not go off before it was used. There was very little waste. the main reason being we couldn't afford to waste anything, not like today where you have use by dates, sell by dates and the like. It teaches people nothing about the safe keeping of food.

People do not realise how long some items of food are kept before it is put on sale to the general public and then there is a sell by date put on it. Rubbish in lots of cases and cheese is a classic example. meat is another.

So it is agreed I did not criticise. As for an "air" that he was not doing the right thing, well that is your interpretation and not something I have control over. Upseting the wrong people? That would be wrong though wouldn't it? Surely the aim is to upset the right people so that they review the amount of packaging used.

I don't think what leatash does is wrong. I am sceptical though that by itself  it will achieve what he or she hopes for.Having said that, unless it is tried we will never know so good luck to leatash. 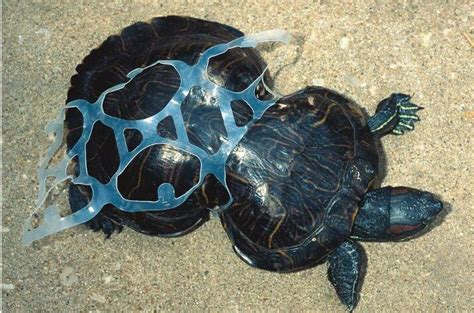 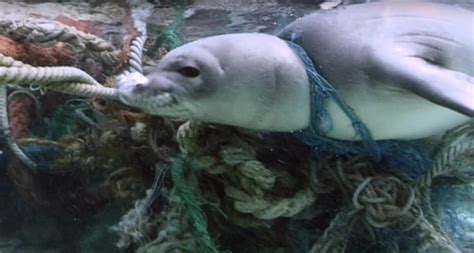 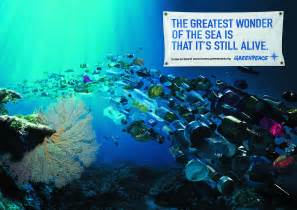 Iceland supermarket chain aims to be plastic free by 2023

Lets hope others will follow suit and within the same time frame. It can be done.