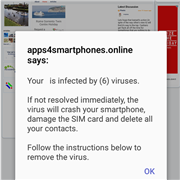 Just had a phone call from someone purporting to be from Talk Talk.

Apparently we are having problems with our internet connection and the person on the other end of the line said that they wished to install some software in order to rectify it!!!!!!!

I have  had two calls from INDIA about my Computer  not working, both calls showen 01626 code.

I know a few people who have been scammed. I think it fair to say that Talktalk are never going to make unsolicited calls about your connection. Just hang up.. Do not allow remote access to your computer unless you have made the call about a technical problem.

You are most vulnerable if you have had recent contact with Talktalk and expect a call..  I have wondered recently whether such contacts may be leaked to the scammers.

Also beware of advertisments on this website!!!!!! (Fake virus alerts and false promotions from Asda saying you won money)

This website has a lot of very shadey advertisments on now. I would advise stay away from it. 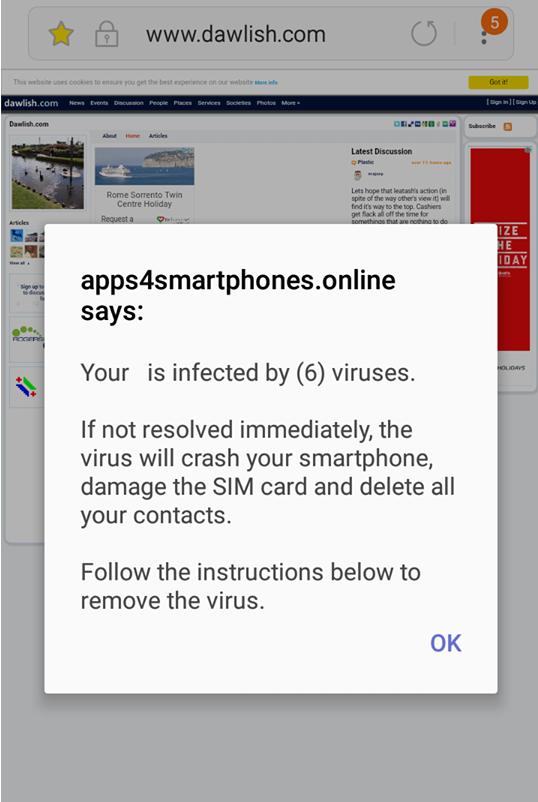 I understand server hosting cost money but there are a lot of older type people using this web site who could easy fall for these scam advertisments.

@maz345, this site only uses Google Adsense, which should really be a trustworthy product. Here are a couple of links discussing ads and viruses. I will look into it in more detail also as I've not encountered this before.

I would also make sure it is not an issue with your mobile device, although it certainly looks like it could be coming from a rouge advert. I'll report it to Google also.

Again, I need to look into this in more detail, but I thought I'd share these links.

If you want to get rid of all the ads off Dawlish.com whilst surfing on your pc you can install adblock plus and adblocker ultimate, works for me.. not an add insite. Same goes for your phone, just install an adblocker browser from the playstore.

I think you will find uBlock Origin is actually the best adblocker for the PC.

I know what an adlbocker is and where to find one. I'm just concerned about people using this site who may be computer illiterate.  It's the mobile ads that are the most intrusive. Not many people know how to install adblockers on mobile. For example on iPhone there is no such thing, only VPN services.

@maz345, that rouge advert has come up on other sites including Facebook so it is not just this website that the computer illiterate need to be wary of. They need to be wary of the www in genereal. The Google Adsense network is huge, as is Facebook's, which is how these companies are able to track and target you with adverts from site to site. Also, anyone can create an advert. Turning off ads on this site won't protect anyone in the grand scheme of things.

One of the simplest things that you can do is to clear your browsing history, including cookies, on a frequent basis.. Many sites target advertisements based on that history. Some online purchase sites also increase the prices shown if they know that you have previously visited their site.

Had 3 calls in one morning from so say talk talk. So asked if the person would like to come onto my computer to sort out the problem.No other way to put it

but the thick twat was told to f--- off.End of call.