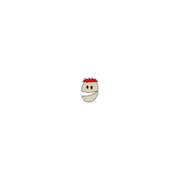 Documents related to this Application are available here.

You can comment on this application using this form.

Use of land for siting of hot food catering trailer

The objection to this proposal that’s on there at the moment is hilarious! Thanks for sharing Lynne.

Anyone who lives around that area knows that there is already a problem with cars (lots of them) entering and leaving the Marine Garage/slip road in front of the shops area and also with parking along the slip road. I have seen cars parked, blocking, the footpath/cyclepath. This gets noticeably worse during the summer time when there is an increase in traffic.

So a temporary fast food outlet, which by its nature would encourage more coming and going of, and parking of, cars in that area would, as I see it, only worsen the situation.

But whether the county highways offfice would agree with my assessment is another matter entirely of course.

According to the application form the applicant proposes that there would be:

And that the hot food would be on sale

How many more food outlets do we need in Dawlish? Where ever they are located.

It seems I am not the only with concerns about cars and car parking.

Take a look at the planning docs and the objection dated 21st November from a co-owner of the Marine Stores.

Now the landed gentry are involved, I’m sure that it’ll get refused.

Sounds a fair enough objection.  I struggle to understand who the customers for this catering trailer would be

I would have thought that Dawlish is going to need as many refreshment outlets as possible for the waves of cyclist's that will be using the new cycle path that runs parallel to this possible venture.

good point @DEEDOODLE - must make sure we add a few signs to make people aware ...

This application will be discussed at this coming Thursday's (30th November) town council's planning committee meeting.

Click on link below to see the other planning apps on the agenda.

Who's a friend of a friend with the councillors will determine whether it is a yes,yes or a no, no, nothing else!!!!!!

You have no idea what goes on in the corridors of power. There is a saying in politics and that is, "they are corrupt with their own power". Understand that, and you will begin to understand what really goes on not what you think goes on. You will never know why any councillor voted the way he/she did especially when it comes to planning decisions, because they are not going to tell you that it is a friend of a friend that they are voting for.

And yet you seem to have every idea about what goes on. Goggle-eyed conspiracy theorists with their fake news are the scourge of the 21st century. And I’d definitely place Mr Dullish into that category.  I recall you previously made accusations of malfeasance by councillors, and then demanded that rational people prove that there wasn’t any wrongdoing!! Just like your doing now!!! No, it’s up to you prove that the libellous suggestions you’re making are factual - where’s the evidence Mr Dullish?

Diana Mond or whatever you like to call yourself.

I have been working with officers and members of local authorities for a long time and you must have heard of 'whistle blowers'. There are good on both sides but they are smothered by the bad and therein lies the problems that we all face today. How do you get past the bad.

As you appear to know so much about me, you must remember the case at Exeter Crown Court where an officer of Exeter City Council tried to nail me by doctoring a map that was used in evidence against me. I reported the matter to the Fraud Squad, renamed 'Economic Crime Unit'. They brought the case to the attention of the court, not me. But the system we have in place shows how corrupt it is, even the judge at the time was the recorder of the City of Exeter, and he fixed it in such a way so that his good name would not be tarnished on his watch. His name before anyone asks was Judge Cottle. Oh! there is some one knocking on my door. He was removed from the Exeter circuit and ended up in Plymouth, but only until the heat died down. I see he is back on the Exeter circuit again.

So I am not a google eyed theorist, I only deal in facts and present things for all to see as I see it. It can all be checked.

You have been asked many questions on this site by various other people and there have been no answers coming from you.

I could present readers with other wrong doings by both members and officers of local authorities, but what is the point when we have people like you slagging others off and asking me to proove it after I asked you to proove your "No it won't" assertion. So what evidence do you have by claiming that assertion? I think you must only know what you think are the good ones and that there are no bad apples in the system. Is that correct?

You’re asking me to provide evidence that our town council planning committee members aren’t  all fraudulent? Is that really what you’re asking? The only person slagging off here is you.

Here we go here we go.

That’s just your conspiracy theorist misinterpretation Mr Dullish. If you haven’t got a grasp of the English language, then I doubt you’ll understand much about the laws of libel...

a published false statement that is damaging to a person's reputation; a written defamation.

I will wait for them to come knocking on my door. And you know what, they haven't done that so far. Why? because they know it is the truth the whole truth and nothing but the truth.

You’re saying that it’s the truth that every member of the town council planning committee will make decisions based on their relationship with the person making the planning application??? Some assertion that is Mr Dullish!  Especially without evidence. Thankfully it’s untrue.

I did not say that. Stop putting words into peoples mouth's.

Understand what is going on. DTC has no power to grant planning permission to anyone.

There duty is only to suggest, nothing more.

Teignbridge will make the decision based on two factors.

I agree that the town council's planning committee has no powers to grant planning permission (they can only make recommendations).

I know of one HUGE factor that Teignbridge planning councillors will use when making a decision, and that is planning policies (both local and national).

If they choose to ignore such policies and get swayed by public opinion (another factor) and oppose something that they should, policy wise, agree to, they run the risk of the applicant going to Appeal with said applicant winning the Appeal. And that costs the taxpayers (you and me) money.

So, there you are. Two factors. One based on policies, the other on public opinion.

Were those the two factors you had in mind?

If things were to go to appeal and not that many do percentage wise. Then he/she who conducts the appeal can be swayed by the decisions made by both local and the planning authorities.

Parking could be a big issue. Just take note of that issue now.

Majorp, I wasn’t putting words into your mouth. Your bravado over the laws of libel seems to have waned since you wrote:

Who's a friend of a friend with the councillors will determine whether it is a yes,yes or a no, no, nothing else!!!!!!s

Planning appeals are heard by the planning inspectorate.

It is someone with an in depth knowledge of planning policies that decides whether an Appeal is upheld or not.

In other words, if a planning application goes to Appeal  it is planning policies that decide the outcome  and nothing else!

(as it should be planning policies that should decide a planning application at local authority level so that it need not ever even get to Appeal!)

KFC would have been better or at least a Mcdonalds

I admire peoples trust in the system, that is for them.

When David Cameron made his so called gaffe about corruption.

The prime minister made the embarrassing remarks before the government’s anti-corruption summit on Thursday, at which Nigeria’s president, Muhammadu Buhari, will deliver a keynote address entitled “Why we must tackle corruption together”.

When he said that, I thought to myself, “The first place to start is in the UK”, because I know it is rife and he know’s that too.

That was in front of the Queen on her 90th birthday. So for those that believe there is no corruption in any part of our system, think again.

And isn't it strange that Cameron has disappeared from politics altogether.

Believe me I am as cynical as you about many things and I am very aware that there are those who 'game' the planning system. But that is not necessarily the same as corruption.

So can you give us  a recent, local, example of corruption and a planning decision?

(and yes I do read the Rotten Boroughs section of Private Eye. Some 'iffy' things do get reported by the Eye and as it hasn't been sued of late I guess there is some truth in what has been brought to light. However, that doesn't mean the planning system as a whole is corrupt).

I cannot go into specifics, but I know where a house was built outside of the building line. It was brought to the attention of the planning authority (and it just so happens it was Teignbridge). They totally ignored objections and on top of that, they  (the builders totally ignored some of the conditions of the application). Another planning blunder was the Haldon camp site, it is now dream city and it wasn't even Teignbrige land.

What did Cameron say?

Where is the evidence of corruption in the examples you provided?

Well you muppet, I would have thought you could find that out yourself, but it appears you have to be spoon feb the news and what is going on in this crazy world of ours.

Mr Cameron went on: “Nigeria and Afghanistan - possibly two of the most corrupt countries in the world.”

You took the time to make a long post about Caneron’s alleged quote, but neglected to include the alleged quote.

Where is the evidence of corruption in the planning examples you provided?

@majorp - please tell us more about the haldon campsite.

Mrs C says stop the insults! She has spent years on here insulting every poster who disagrees with her! Talk about pot, kettle, black!! It takes my breath away!

To return to the substantive topic of this thread - the application for a fast food trailer to be sited at the Marine Garage site - I have just noticed that the town council's planning meeting due to take place this evening and at which this planning application was due to be discussed - has been cancelled.

Cancelled for what reason?

Because the meeting wouldn't be quorate due to not enough councillors being able to attend due to illness and work committments.

Majorp. Where’s the evidence of corruption in the planning examples you gave?

Anyone know what the grapevine is saying about the progress of this application? The last thing put into the public domain by TDC is dated a couple of months back.

Yeah anyone know? I am hungry!

This planning application has been withdrawn.