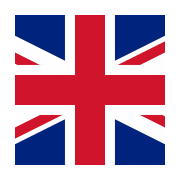 Why I'm voting for the Conservatives

Paul
A vote for the Conservatives and Theresa May is the right vote, Labour, Liberals and the rest of them are clueless, useless and dangerous. It simply isn't worth the risk with our country's future.
Defence - We need a strong defence to counter the likes of North Korea. Labour's defence policy seems to be non existent. It is unrealistic to think you can use talk to take on all aggressors, Corbyn would put our country in great danger.
Brexit - Corbyn / Abbott would be useless during the negotiations, Brexit needs a strong leader who is able to say no if we are being ripped off.
Economy - Labour's spending ideas would weaken the country to the brink of bankruptcy, every man and his dog knows that.
Tax - Labour supports the lazy by taxing us hard workers. Why should our hard earnt money be taken off us and given to people with absolutely no intention of getting a job.
NHS, Schools, Police, etc - These services are struggling but with Labour's economic plans this can only get much worse.
Labour and the like are the parties that constantly complain and bad mouth the country but never offer any real sensible solutions.
I'm voting Conservative as I believe in GREAT BRITAIN. 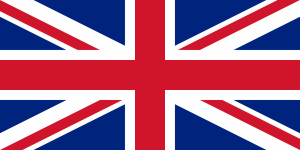 Lynne
"Brexit needs a strong leader who is able to say no if we are being ripped off."
and that would be weak and wobbly MaybeI'llchangemymind Theresa Mayhem would it?
1 Agree

@Paul - i agree with you that any party other than the cons would seem to be an unwise choice for our country, but what saddens me is that we are forced to vote for a party at the expense of voting for the party we personally want.

The structure of the voting system and that of Parliament is outdated and not fit for purpose in today's society. I and the rest of the electorate should be able to place their vote for the party THEY want not tactically vote to have the least destructive party have the best chance of getting in.

A parliament filled with representatives from ALL parties that represents the true wishes of the people. Everyone who votes should feel that their vote will go to representing THEIR beliefs and values in Westminster, not to place the party who may SEEM to cause the least damage to our society.

As I have written in another post on this site, our political system is built on a stinking swamp with the creatures that dwell there creating their own little paradise whilst the rest of us suffer under their oppressive will.

The only people this current voting system and government structure benefits is those that run it and those that make the most wealth from it.

Look at the last genral election to see how unfair it was in reflecting the wishes of the electorate.

At what point in time are people going to realise that the structure of the U.K. government and the way the will of the people of this country are represented needs to change for the better.

@DEEDOODLE, i agree with that. out of the lot the tories are the only ones i can vote for, but i'd much rather vote for a team of genuine people that aren't a bunch of unskilled bickering talkers, that can never answer a simple question.

Why can't we have a team of Professors, Nurses, Teachers, Army Generals, Business leaders, Community Workers and ordinary people, etc lead the country doing whatever is the best, instead of following some outdated ideaology or what the media wants.

@Lynne, do you have anything real to add?

Yes, I've posted real reasons why you should vote for the Conservatives and why Labour is nothing more than a joke.

The voting system could be better, but never mind that now, the general election is tomorrow.

Let's make sure the Conservatives have a big majority so we have a bright future ahead of us.

Why is it at every election folk are not happy with the system if for argument sake Labour win and they could would you be happy Lynne. The system is the system as with remain or leave folk made a fuss but thats the system, me i will be voting Conservative but if labour win i will accept it because thats the system i wont moan throw my toys out of my pram post negative posts just accept it.

How strange as it was Ms May that chopped the armed forces in the first place, but being a Tory, I'm sure that you will come up with a good excuse and blame someone else.

Also, since the tories have been in, look what's happened to our police force, yet you vote for them because of security. Strange.

@leatash - the first past the post electoral system we have in this country is far from being democratic. if, as is the case, we have forms of pr in other elections in other parts of the uk i fail to see why we can't have the same for our general elections.

Take this constituency. Unless you are a Tory voter your vote is too all intents wasted. How on earth is that democratic?

I just hope that we still get out of the EU. It's sad we are such a weak country.