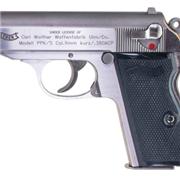 Should weapons be issued

With the recent extreme violence of the acid attack we must take all measures possible to protect ourselves.

If we all carried guns then robbers and other scum would leave us alone.

As we have childish laws in this country stopping us having such protection, what can we carry? Pocket knives? 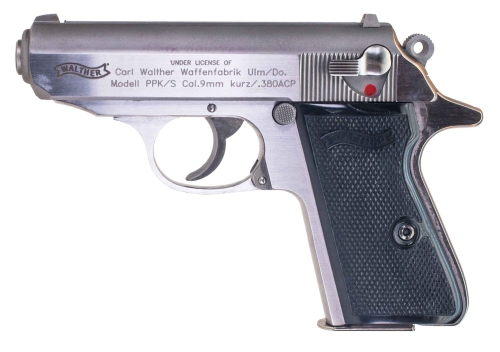 So instead of the robber or scum as you put it  having ammonia in a spray bottle Paul he or she would probably have a hand gun or assault rifle so do we then supply everyone with a RPG.

Well, I don't want to be attacked and be unarmed. Got to be better to have some way to defend yourself.

Carrying guns hasn.t stopped crime in America, if anything it increases crime.

Under U.K. law, as an average sheeple, you are not allowed by law to carry anything that you have the INTENT to use as a defensive/offensive  weapon.

If you were involved in an arguement with another person and they attacked you, you have every right to defend yourself with a similar amount of force that the attacker is using. The problem arises when/if you beat the attacker and the police turn up (ok, I can hear all the laughter on that one). The police ask you what happened and you explain you were defending yourself against an unprovoked attack and witnesses also backup your explanation of the events. You then tell the police you were able to thwart the attacker because, say, you always carry a walking stick to defend yourself with.

Now you have ADMITTED to a police officer that you carry the walking stick purely as a defensive weapon if attacked. You may or may not be cautioned/arrested for carrying an offensive weapon.

There is a big difference between what is right and what is the law. The criminal always has the upper hand when it comes to attacking someone purely because they choose the time and the place and how/what type of weapon(s) they wish to use.

Giving everyone a firearm to defend themselves with is obviously a bad choice, but having sufficient police who are correctly trained and equipped is. You only have to watch the area within the city of London's square mile, around Buckingham Palace, number 10. All these area's have massive amounts of police, anti terrorist unit's, intelligence unit's, undercover security details and yes, most of them are trained and equipped with firearms.

You don't see police stations within the Square Mile being closed down or the number of police/security personnel being decreased, quite the contrary.

Those in power do not want a population to be able to defend themselves with firearms/defensive/offensive weapons because it merely causes problems in policing if we all kick off. Such as many riots that have kicked off all over this country over the past few decades.

We are treated like livestock on a farm because our sole use is for taxes and man power for the elite.

As to the digusting acid attack that took place in Dawlish no training or weapons would have stopped the poor victim from being attacked and I doubt the sentences the scum who carried out this attack will be strong enough to stop other low lifes doing similar.

I believe the laws have recently been changed so that you could face charges if you had a dog in your home and it attacked an intruder.

Teaching our young good manners and morals is the foundation of a good and caring society, but what chance is there of that in this day and age?

There I have had my little rant now.

Paul can you recall how many incidents of the kind you talk about have happened on the streets of Dawlish since 1984 because i dont remember any.

Well there have been stabbings and people being glassed in Dawlish. Another 20 stronggroup of people fighting outside The Landsdowne last week. Still they have a late lcence and continue to serve drunks, so no wonder there are problems. If that pub were in Exeter it would have lost its licence by now. Ihave that on good authority.

I can never work out if you are a comedian, a troll or just a deluded ultra right wing idiot lolololol

I'm talking about ways to defending ourselves against the street violence of Dawlish but somehow I'm being an idiot.

OK, well let's hear it then, what should we do?

@Paul i'd stay indoors if i were you.