Why do people have to cntinue to block the pavement with their vehicles?

Unless this vehicle is diplaying a blue badge. couldn't see one. I see no reason why they should, block an entire pavement, access point and tactile pavement for the blind/poor sighted.

The number of times over the years I have had to walk round vehicles that have all parked in the same exact position.

Am I missing something? is this a secret parking space for the privileged?

Even with a blue badge the vehicle should not be on the footpath FOOT being the operative word.  So what offences has this driver commited.

1  Obstruction of the footpath

My calculations about £90 pounds worth of fines.

I don't know where this is but it is a growing problem in Dawlish. Luscombe Terrace is a nightmare some days with so many large work vans parked halfway or more on the pavement. Anyone with a pushchair or with mobility problems would find it difficult if not impossible to use the pavement. Princes Street is the same, yesterday every car on the right hand side was parked on the pavement, anyone in a wheelchair or with a pushchair could not have got past.

So the problem is that the CEO'S can't deal with obstruction or mounting the kerb offences, only a warranted officer can do so. The PCSO'S have had their traffic powers revoked to save money and the Police are too busy to deal with parking problems.  The problems all started when goverment decided to de criminalise parking, get rid of Police Traffic Wardens to save money and introduced the PCSO and the CEO. So folks, we are where we are, you just have to live with it.  The answer is simple bring back Police Traffic Wardens and instead of all reciepts from Police issued fines going to goverment coffers, allow them to retain the money and spend it within the County on roads Policing.

completely agree @leatash.  it's not just people parking on pavements but it's parking really badly so that emergency services can't get through.  we had an ambulance in the middle of the night attempt to reverse 3 times before it could get through a gap.  bin lorries struggle too.  we did have someone come and stick warning notices on some of the vehicles but nothing was ever followed up.  i would imagine that a traffic warden would pay for themselves quite easily!

i agree @leatash but i'm not sure what the police are too busy doing these days as they don't attend house breakins (you have to take photographs and email them to the police), they don't attend car accidents unless there is an injury, they don't attend assaults unless they absolutely have to! the only thing they seem to like doing is pulling people over for speeding! in fact, it is so long since i have actually seen a police person ourside of london i am wondering if they still exist. i do agree that we need police trafic wardens back and i hope they start at the junction of luscombe terrace and stockton hill and fine everyone who blocks stockton hill and prevent the emergency services getting through, as flo quite rightly points out, because they don't possess enough brain cells to realise what idiots they are!

PS I cannot be bothered going back in and putting back all my capitals - why does this site do this?!!!

Just to suggest that all the cut backs in what the police do (or don't do), as with delays in ambulances turning up, and much of the deterioration in other public service delivery (NHS?) is due to cut backs in funding which are caused by central government policies.

There are no significant cut backs in the Square Mile or for those that run it. The cut backs everywhere else are to fund Westminster and the cronies who run it, to maintain their customary opulent lifestyle and future pensions.

@Lynne sorry but 13 people costing 1.3 million pounds economies can be made locally, and remember thats only tdc what about dcc

And it continues, no blue badge on display - not that, that should be an excuse to be so ignorant when parking.

Parked on the pavement blocking anyone with a pram/wheelchair from proceeding and to top it off covering most of the tactile pavement that assists partially/blind people from knowing there is a junction ahead. 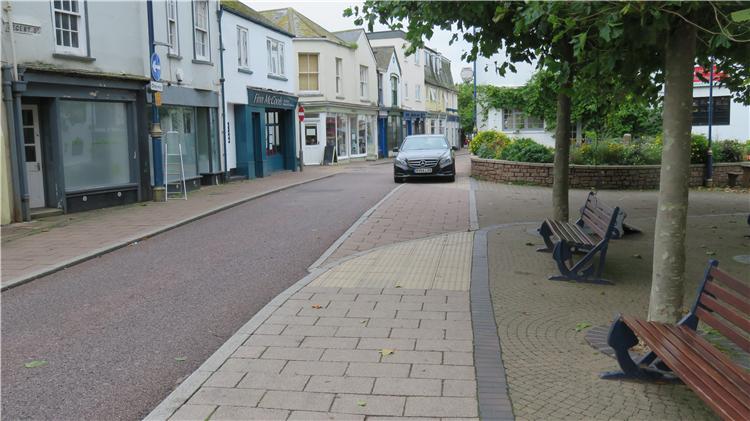 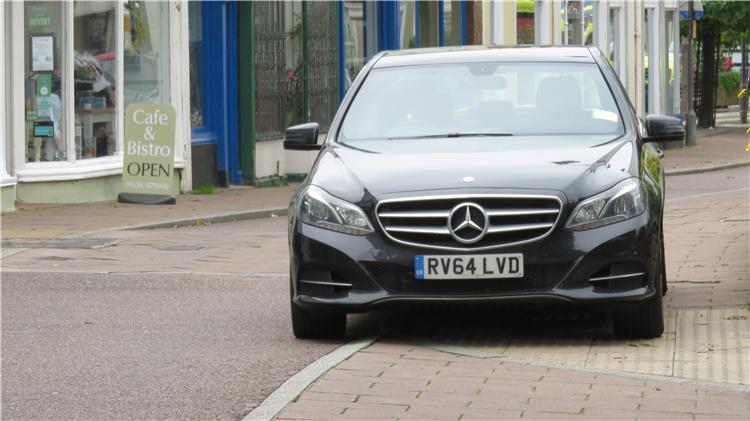 There are roads in Exeter where you are permitted to park on the pavement. I have argued for years that it would be better to stop pavement parking everywhere, but allow mounting the pavement to pass a vehicle if there is not enough room to pass on the road. That way there would be no obstruction of the foot path. Why should push chairs and mobility scooters have to go into the road just to pass a vehicle that is parked on the foot path.

What needs to be done to stop this practice is for mums with push chairs and mobility scooters is to walk in the road. Is there an offence for that?

@majorp - i beleive that the highways authorities define a footpath obstruction to be one that does not allow a pram/wheelchair through, not that they would most probably bother acting on a complaint anyway.

The council's winge on about lack of revenue, but if they just enforced parking reg's around the area they would make a fortune.

Sorry if I'm wrong, but Mr Dale and other contractors are always parked on the pavements along Exeter Road, it's completely unacceptable.

Maybe Mr Dale and others have applied for a dispensation permit and nobody who is contracted to issue permits has bothered to check on the location properly.

But that still does not stop those with the legal right to issue a FPN if they find the permit (if they have one) is not for parking on the pavement. Scaffolders I understand have to attach an official notice to their scaffolding if it is built on the pavement. So it needs a bit more reasearch before the blame is pointed at anyone. If they are parked there without a permit, then they are to blame and guilty of an offence, if they have a permit, then some else is to blame.

Maybe Mr Dale has, but outside his home, and with private vehicles, highly unlikely on that one. It's dangerous, you can not see what or who is behind it.

It's because nobody cares anymore park where you like, let your dog shit anywhere and leave it for people to walk through. It's all over the lawn area in fact there was one huge pile that nust have been left by a big dog, just left it. Nobody cares full stop.

@Brooklyn Bridge - are u sure it wasn't a contribution by one of the d.d & d.c members?

Anything is possible DEE but you have to admit the town is a mess. I walk my dogs and if i happen to forget poop bags I go back and get them, mind you there have been occaisions that i have forgot but gone back out to pick it up.