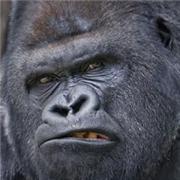 Angry because he is in prison for life. He should have killed some people since he has done the time.

Zoos are vile and should be banned. 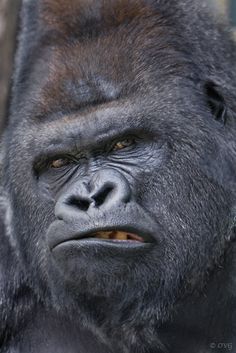 It has been proven time and time again how intelligent /social and feeling these beings are. There are plently of vid's on youtube showing the interaction and communication they have had with humans and their own species, including being able to learn and understand sign language to communicate with us.

I agree with Paul that animals should not be locked up for our entertainment and profit making.

The only problem is that in the wild humans are killing many species for profit /pleasure. Even in animal sancturies, such as in Afrika, animals continue to be poached for parts of their bodies and the wardens who are there to protect them are also killed.

The only salvation the entire animal kingdom would have had, and for that matter the Earth itself, would be for the human race never to have evolved from the divergence of the common ancestor, we shared with gorillas and chimpanzees,  around 7 million years ago.

We, humans, are the only species on Earth that lay waste to everything we touch.

Obviously there are good and bad humans, selfish and generous, wonderful and annoying, inspiring and depressing. Humans are the only species on the planet that kills/tortures/surpesses etc,etc its own for pleasure/gain/domination etc,etc.

Humans are playing with the Earth in the same way an uneducated person might be left to run a nuclear power station - nothing good will come of it.

There, I have had my say..and before anyone starts whining on ... it's my opinion, you may not agree with it and you have the right to comment and disagree.

Many years ago, more than I'd like to think it was, my science teacher once said........ If the earth was an experiment in a science lab it would of been seen as a failure the minute humans where added to the equation ! it took many years for me to fully understand this but how correct he was all those years ago.