Brook backed up due to outlet blocked

Walking along the seawall last night I noticed, due to the stormy conditions the last few days, the brook outlet under the railway lines has been bloocked by a large amount of pebbles. In the photo you can see how high the water level is due to this blockage, although the sea was quite far out. This section of the brook should have been a few inches rather than a few feet.

I had taken a pic of the outlet and the fact the pebbles were within a few inches of the top of the outlet, but it seems to have disappeared.

Pic of the Brook outlet on the 30th Aug 2016, a week and a half later. If We get any continuous heavy rain this will cause quite a mess.

It often happens a good spell of rain and it will all be washed back from where it came from.

The exit to the sea is still blocked and we have had a Flood warning! 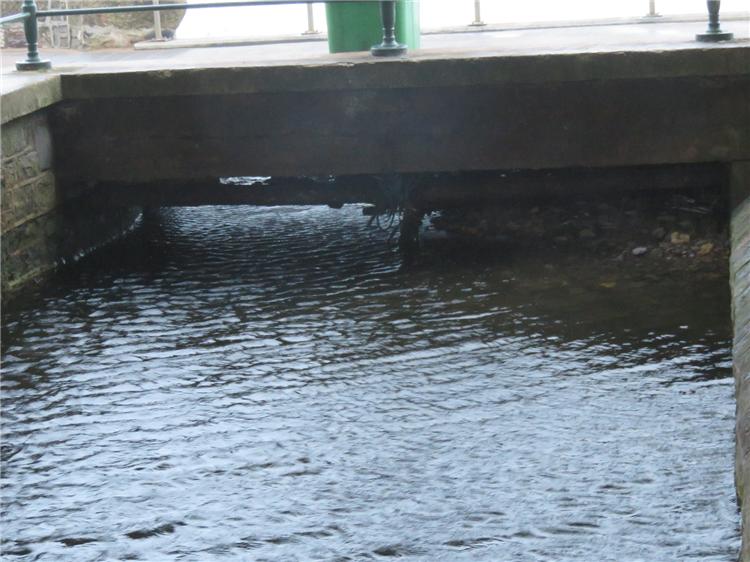 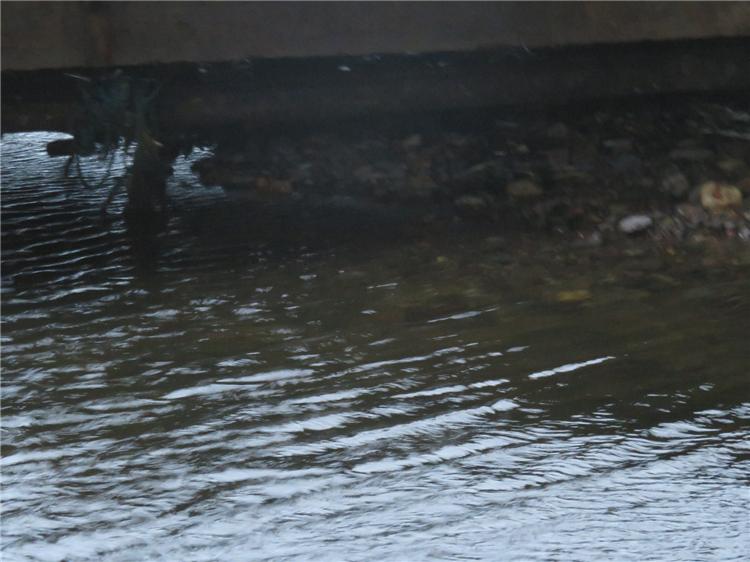 Still bunged up to within a foot fo the walkway yesterday evening. Normally has a good 3 to 4 feet clearance.

Yes I know I sound like a scratched record, but!

Back in September my wife phoned Teignbridge Council about this and was told it was the responsibility of Network Rail, so she wrote and complained to the Chief Executive of Network Rail about the whole sorry state of Dawlih sea front.  A letter came back on 27 Sptember to say that all the points raised  ie,  blocked stream water outlet, cafe, lack of seating, state of the surface of King's Walk etc. WAS the responsibility of Teignbridge District Council!!!  She has just scribed a letter to the CEO of Teignbridge which will be posted tomorrow so will wait for their reply.  It is time to do something - how about Dawlish Town Council doing something to speed the process up?  If my angry born and bred in Dawlish wife does not get a reasonable answer she  will go to the press!

Sorry put cafe in by mistake.  That is Network Rail's responsibility who say they are thinking of letting it out again next year.  They wont want to pull it down it is a barrier agaist the sea on they railway line.

Kings Walk is still currently Network Rails responsibility and they refused to allow DTC to put benches along the Walk. I know as I was on the working party that purchased the eight benches at the time. I believe they are trying to get TDC, or it could be DTC, to take over the responsibility for Kings Walk but we get very little information coming out of TDC and DTC so I don't know what has happened. I believe the stream is the responsibility of TDC. Two years ago there was a lot of dredging done further up but nothing since so it is not surprising there are problems. The brook needs to be cleared annually.

Where are the eight benches now ?.

They were used around Dawlish. Some were put at Coryton Cove and some above the cafe on that scubby bit but I believe those above the cafe have been vandalised!! We had them in storage for several months hoping Network Rail would capitulate but eventually they had to be used. I know eight benches doesn't sound much but what a massive difference they would make to visitors and locals in being able to sit and look out to sea as you can in Teignmouth.

Walking past the brook outlet last night and i noticed the brook has been cleared on the sea side of the outlet. Although it is still backed up only a few feet back up the brook. What is it with people these days, always a half hearted attempt at most things. Once upon a time people had pride in their work.