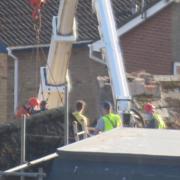 Can anyone share the story of this building - it's gorgeous and on such a big plot - how did it end up abandoned & run down?

and there have been previous planning applications concerning this property

Up until a few years ago it had a fully tiled roof, but a couple of blokes in a van came along and stripped one complete section and left it open to the elements.

Latest appeal on Teignbridge planning website was  (07/00032/REF) against refusal to demolition the existing buildings and errect 12 dwellings with assoctiated parking.

I will be objecting on the grounds of over building on a small plot. The associated dangers of the ingress/egress during construction and later the occupants trying to navigate the entrance to the development onto Weech road.

This road has very fast traffic running down it at all times of the day, especially during the time people are going to and from work. I wouldn't call it rushhour, but extremely dangerous all the same.

Before 'you know who gets there oar in' yes, there are a lot of dwellings on the road already, but there is no need to add to the problem for greedy developers to bolster their bank accounts at the expense of local people.

There are plenty of dwellings being built locally to justify saying 'NO' to more high density developments on postage stamp sizes of land.

Planning should be directing developer's to produce developments that add to the area in a positive way, but all they seem to do is rubber stamp what ever these large companies want todo!

The application (16/00765/LBC) comes before Dawlish Town Council Planning Committee on Thursday. The previous application to demolish part of the building and to redevelop the site (forming a total of 9 houmes) was considered last year (15/01204/FUL). This is how the Committee commented then:

Comment:  RESOLVED by the majority of Members present and voting that this Council recommends refusal of this application for the following reasons:

Members wished to add that they do welcome development at this site and would support an application if the Highways issues can be mitigated.

It's a real shame that what's now an eyesore building can't be brought back to life in its current shape and form. Shame on the owners for allowing it to fall into the state of disrepair that it's been in for so long.

As for this proposal, for what it's worth I agree with last years decision that the applicant mustn't be allowed to get away with this without addressing the highways issues.

This is what the Dawlish town council planning committee decided on Thursday:

It doesn't matter how wrecked a building is, if people can use old methods to restore fire damaged listed buildings that are a bare shells and unsafe, then this restoration project is achievable and deliverable.  It just means that the other housing on site needs to be considered so that the profit from these cover any additional expense which then could be deemed to make the project unviable, since grants for such a project is unlikely.

TDC have refused permission for it to be demolished.

There seems to be activity at the old rectory this afternoon. 2 cranes and a gaggle of men at roof height.

from planning dept it would seem an appeal went in to overturn the latest non decision by teignbridge, but activity is on site with some serious equipment! 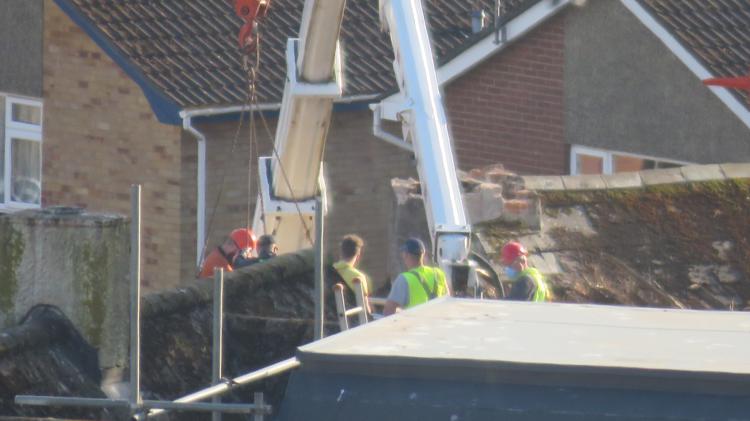 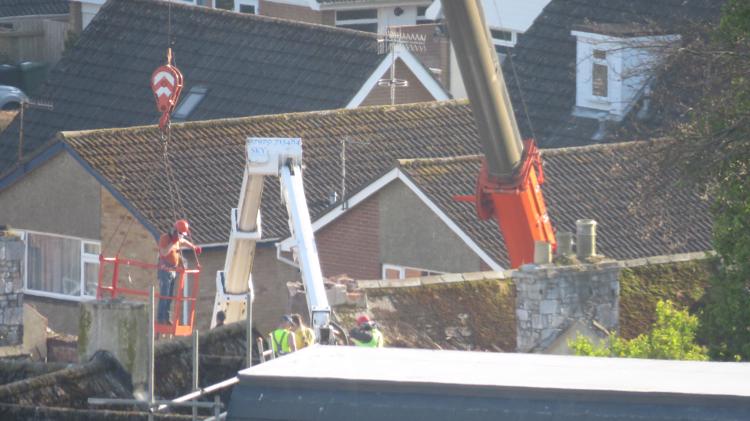 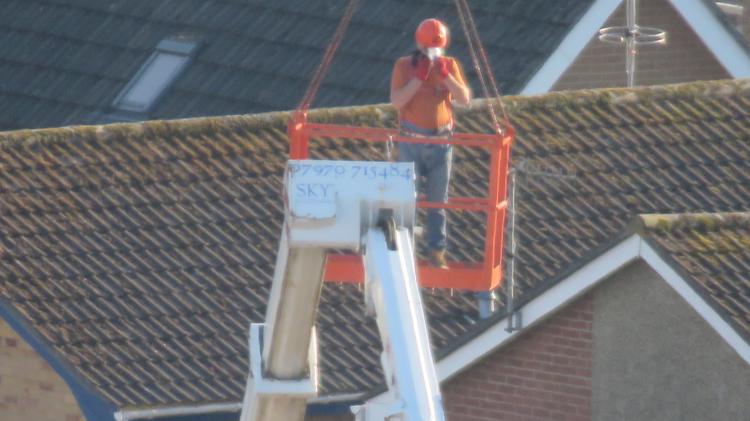 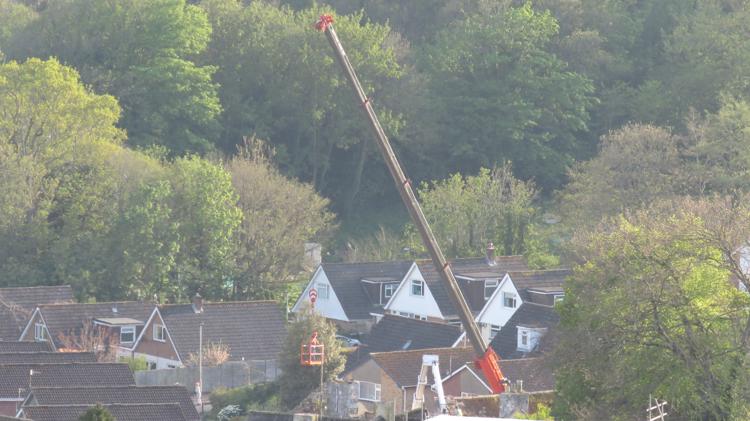 @Deedoodle - is the work still going on? What do you think they were/are doing?

not that i could see at 11:00 hrs this morning, but the wood slats for the tilledj roof that was detiled sometime ago seem to have gone now. I thought this was a listed building.

the only reason it has got to this state of disrepair has ben engineered by those who own it, in my opinion. for the sole purpose of screwing as much profit as possible ouyt of the site again in my opinion.

Yes it is a listed building. And because it is listed, although it is obviously a brown field site, this causes complications with regard to the site being developed.

I am inclined to agree with your comment in your last paragraph above @Deedoodle.

I am sure that it is far from being the only listed site in the country that is being allowed to deteriorate by whoever it is who owns it.

Will the government address this issue in its latest planning reform proposals?

@Lynne..thanks for the info, its just a shame over all this time no enforcement action never seems to have been taken. Its no wonder greedy developers keep flouting the rules.....win, win on their part most of the time i expect.

this link should take you to a picture of what the building once looked like.

In January of this year local residents got fed up with the state of disrepair of the building. Click on this link for more info  http://www.dawlishnewspapers.co.uk/article.cfm?id=110268&headline=Crunch%20talks%20called%20for%20vicarage%20ruin&sectionIs=news&searchyear=2020

The matter was then an agenda item at the full council meeting held in February. Here is the minute of that agenda item and what the council resolved to do.

THE OLD VICARAGE, WEECH ROAD Members received an update following the residents’ action group meeting in relation to the derelict building at Weech Road, Dawlish. District Councillors who attended stated that two actions to come out of the meeting were as follows:

* Speak to TDC Planning and the officer who had refused the application and the Conservation officer to get a greater understanding as to what could be done to move things forward; Dawlish Town Council  Residents concerned about public safety as it had been noted that whilst there was heras fencing surrounding the site, some of the masonry was loose which could come down in a high wind.

* Building Control had been and inspected the site today, the outcome of which was not yet known. They had also inspected the site on the 19 August 2019 and then considered the fencing sufficient to prevent public from entering and the building was in a satisfactory condition. It was clear from the resident’s meeting that enough was enough and sensible plans now needed to be brought forward to enable the site to be tidied up, vermin concerns be addressed and made safe to all those living nearby.

Resolved that the Town Council write to the Planning Authority expressing its shame that more had not been done sooner to reduce the amount of damage the building was currently in which would have thus reduced associated costs of making the site good now. That said, the Town Council explicitly asks Teignbridge District Council to do all that it can to expediently bring this derelict site to an appropriate conclusion for all concerned.

I cannot find any more info on this matter. Bear in mind that shortly after this meeting the country went into hard lock down so it is quite possible that matters have not been progressed.

Given its location in the town I’m guessing that the site of the Old Rectory is within the local government ward of Dawlish South West. We have two district councillors representing Dawlish South West – Cllr John Petherick and Cllr Gary Taylor. Cllr Petherick is a member of the planning committee and Cllr Taylor is the portfolio holder for planning at TDC.  So they seem to me to be the ideal people to contact should anyone want to know what the latest situation is.

So the upshot of this will more than likely be the outcome the owners have wanted through their actions that have left the property in the current state, in my opinion. I cannot see any chance of the authorities doing anything else as they have done absolutely noithing to date to enforce the owners to act under the current poiwers of listed building status. Other than deny planning permission. Tax payers money hard at work as usual, not.