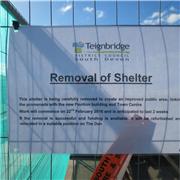 First I heard about this was when I was walking passed what was left of the shelter this morning! 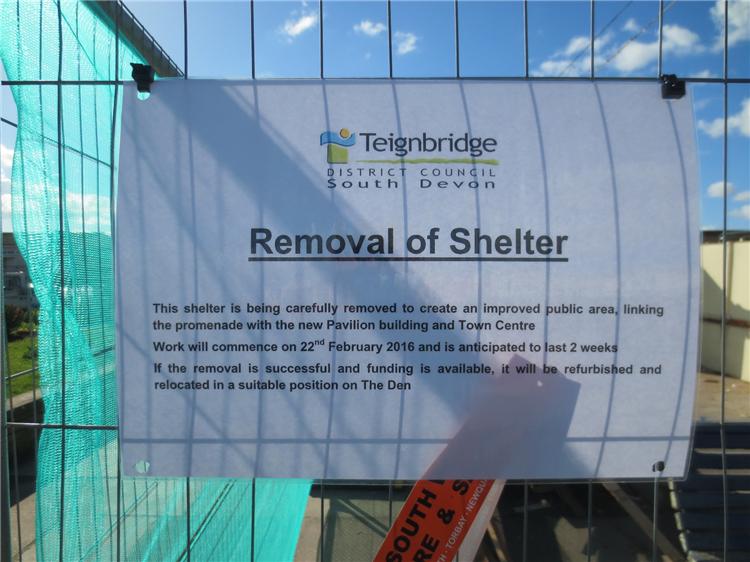 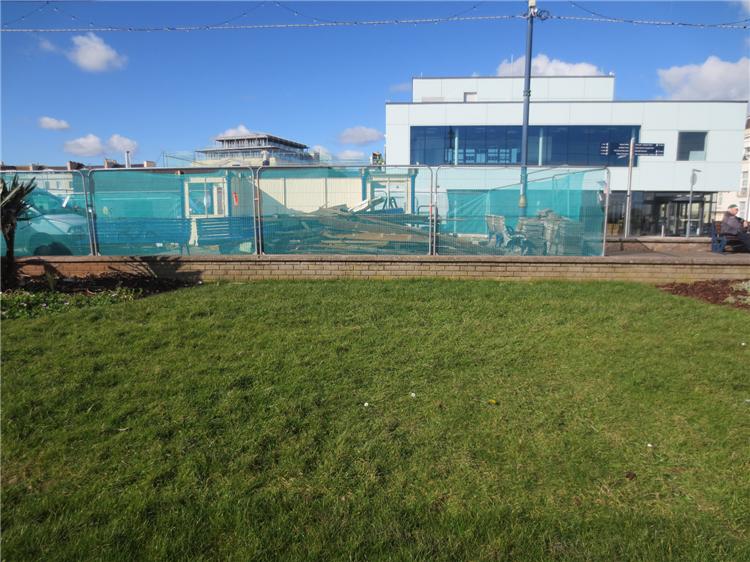 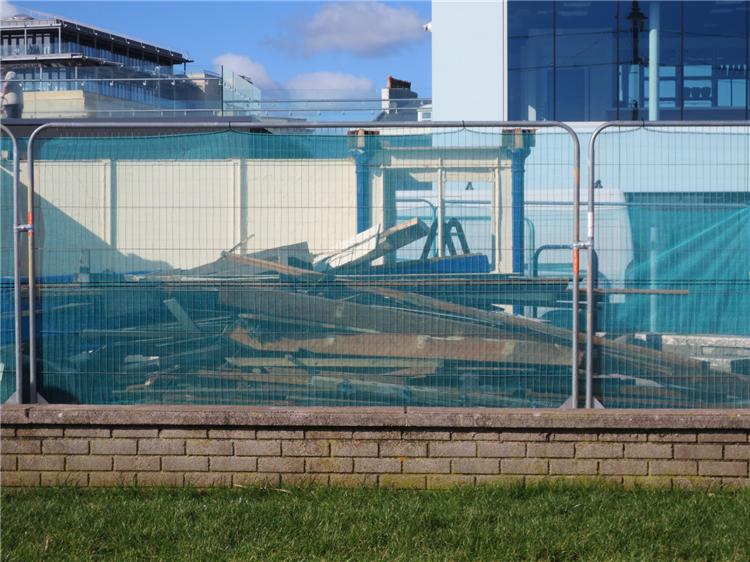 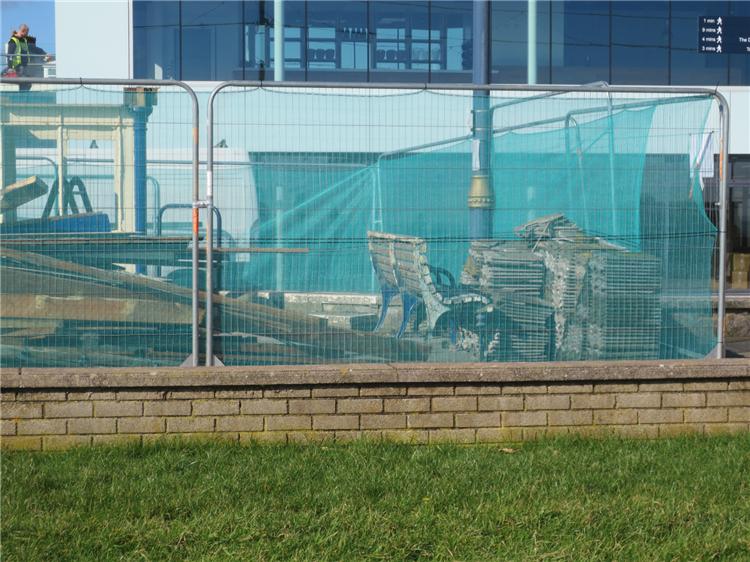 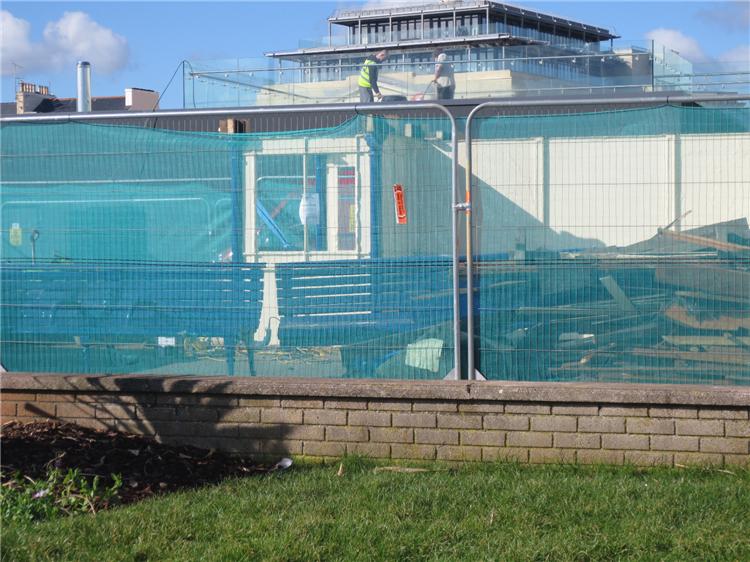 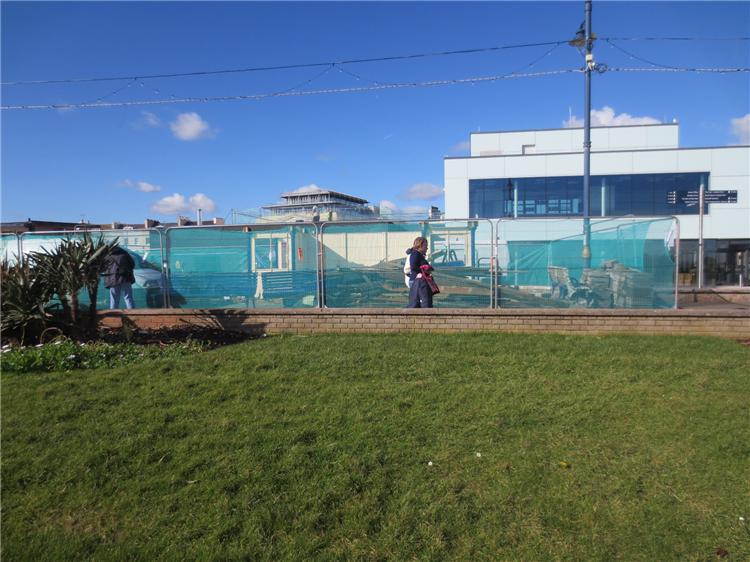 Better watch out Teignmouth now TDC have almost completed their staged destruction of Dawlish by now purposly obstructing the main road around East cliff. The dreaded cycle path could be heading your way next. Money is no object for this backward thinking project and there will be no legal enforcement for cyclists to use them

They sure have the funds to upgrade Teignmouth big projects going that is where your tax money is going it sure isn't being spent in Dawlish.

The reason funds are being spent in Teignmouth and quite rightly so, is that its a far more attractive place to visit. For one they dont have a stupid old filthy railway line obstructing their sea front. They have a play park, a pier, better shops and resteraunts, reasonable parking, and a  terrific beach, etc.

Dawlish on the other hand has become the provider of the governments target for poor quality mass house building without any improvement to its infrastructure, a couple of miles of cycle path leading no where and not suitable for most of the cyclists to use, or so they say. A supermarket that killed off most of the local trade, and a nature reserve the tree huggers dont want you to visit. All this due to successive weak, self interested town and district councillors who cant get their snouts out of the trough long enough to worry about the town and the less than majority who bothered to vote for them.

I agree with what you say (24 feb 2016 21:24) other than your justification that because Teignmouth is a more attractive place to visit it should 'quite rightly so' get so much funding over Dawlish.

Dawlish may not have all the trappings of Teignmouth, but it's still a nice seaside town. The problem comes when the money that is spent is done on completely irrelavent projects and ventures that go nowhere. To many times projects are intiated without any input by the local people or input is taken and completely ignored.

Dawlish should not suffer just because Teignmouth is a more attractive proposition to fund with all our money!

Let us hope that the extra funding raised by the adoption of the Dawlish Parish Neighbourhood Plan (DPNP) will help the town and be spent on worthwhile projects.  However, if the plan is not in place Dawlish do not get the extra 10% Community Infrastructure Levy money from new housing, Teignbridge do and it will not always come our way. So until Teignbridge allow Dawlish to adopt their plan, the pot will get smaller and smaller as the housing gets built, since Dawlish will not be in a position to claim what is rightfully theirs. Therefore, pressure should be on DPNP to speed up and not slow down the process of getting the plan adopted, as I pointed out in a previous post where lack of knowledge on Teignbridge's consulation responses was delaying Dawlish putting their plan out for consultation:

What is taking Teignbridge so long to disclose the findings of the DA2 et al Framework Consultation?

So it is down to the DPNP Committee to push forward, because it is in their hands if funds are secured or not.  The community is relying on them to do what they cannot, that is take future income that would have gone directly to Teignbridge, back into the hands of Dawlish, to be used for and by the people of Dawlish.

But the monies can only be used for and by the people of Dawlish provided that whatever they wish to use it for is in accordance with national and local planning policies.

And as I said in a previous post, perhaps Teignbridge is holding back from disclosing the findings of the DA2 et al Framework Consultation because the Housing and Planning Bill is presently going through parliament and whatever that Bill contains when it eventually becomes an Act of P. may well impact not only on DA2 but what Neighbourhood Plans may or may not now be able to contain.

Can somebody please translate all this abbrieviated waffle into simple non-political english that the average person in the street can understand.

Does this also mean that Teignmouth has been through all this plan and policy making proceedure.

In plain English FB, the government is in the process of moving the goal posts  (again) with regard to what can get built and where (we are mostly talking about house building). When the government has completed this process it may well mean that a lot of work by a lot of people that has already gone into producing Local and Neighbourhood Plans may have been for nothing as these Local and Neighbourhood Plans will have to be revised to make them in accordance with the new rules and regulations that are presently being proposed in parliament.

Thanks Lynne i dindn't understand all the blurb either.

No Probs. Always ask me to explain if I start using jargon that you don't understand. On the subject of which........

All this land has been designated in the Teignbridge Local Plan for house building over the next 20 years or so.

Thanks for making it a little clearer. Question now being if Teignmouth has no plan and no involvement in all this what appears to be a total waste of time and they get very few new houses. Why has Dawlish got involved with it.

It also seems fair to comment that it could be down to how good and strong each town council is. Developers put in plans to build on mass in Teignmouth and they get thrown out, but in Dawlish they are accepted with open arms and any objections and detrimental issues like SANGS are ignored and over looked.

As said before TDC have decided that Dawlish is the dumping ground for everything neded to meet government targets, and any money made from such is spent to inprove facilities and infrastructure in Teignmouth and Newton Abbot.

Strange thing is 10 years ago TDC were on the brink of running out of money in order to maintain servicies bearing in mind that was before any new development in town. Now they have what I think was £13 million to buy a shopping mall in Newton Abbot. This from a council that cant even maintain its roads. Sure makes you think.

Last time I went through Teignmouth I saw quite a bit of new housebuilding.

Other than making a comment about planning applications neither Dawlish or Teignmouth Town Councils have any clout when it comes to what gets built or not in their respective towns. That decision making is the perogative of TDC councillors who sit on TDC's planning committee BUT BUT BUT what decisions they make are basically already made for them as they have to abide by local and national planning policies.

As I understand it, towns where the new house building takes place receive 15% of the monies that the developers pay Teignbridge. This money is known as Community Infrastructure Levy or CIL. If a town has a Neighbourhood Plan it receives a further 10% of the CIL. So.......the more houses that get built the more CIL there is. Is this perhaps the source of TDC's apparent new wealth?

I believe it is Devon County Council's Highways department and not Teignbridge District Council that is responsible for maintaining the roads.