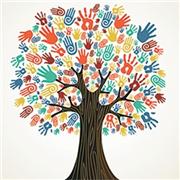 Thought I'd post this as I found it an interesting read. It's written by Conservative MP Richard Bacon and is in the latest edition of Inside Housing.

While housing was an issue for some during the election, the bigger points of discussion on the doorstep were the economy, the NHS and immigration.

Why didn’t housing take a greater role? Well, for one thing, if you are talking to someone on a doorstep, then by definition they already have somewhere to live.

Housing was mentioned to me most frequently on the doorstep byConservative voters who were perplexed by the extension of Right to Buy to housing association tenants.

Crudely, their line was: ‘Why should I pay tax to help provide social housing only to see someone be given a free house? I had to pay for my house myself.’

There are many important issues surrounding Right to Buy - is it going to work? Will it be value for money?

Can it be done legally?

But broader themes also emerged on the doorstep. One lady told me her son, who was 34 years old, was still living at home because he could not afford a place of his own.

Another couple were worried about accommodating an elderly parent nearby for the remaining years of her life.

It is an extraordinary fact that when planners look at housing schemes, they are not required to consider the overall social impact.

True, the key watchword is ‘sustainability’, but too often this means no more or less than what an expensive lawyer at a planning enquiry wants it to mean.

In terms of thinking holistically about the communities we want to see - and then designing andbuilding places for people to live, rather than large numbers of identical boxes - we are still in the dark ages.

If a young couple with children visit a show home on a typical new build development and ask if they would be able to extend into the roof if they have another baby, they are told in no uncertain terms that it would be out of tthe question for structural reasons.

If a more mature couple asks if there are starter homes in the scheme so their son no longer has to live at home, they will be told that starter homes don’t make enough money for the developer.

If they ask how much sheltered accommodation is integrated into the scheme, where their elderly mother would be able to come to live so that they and her grandchildren could see each other easily, they are almost treated as if they are mad.

And yet each of these examples comes much closer to the ideal of a ‘sustainable’ community than what is normally served up by the large house builders, with a green light from local planners.

I told a colleague that it was a remarkable fact that the higher quality developments in my constituency - that is, those with more generous dimensions and better energy performance - were quite often the dwellings provided by my main local housing association, the innovative and forward-looking Saffron Housing, rather than by private sector suppliers.

My colleague replied: ‘Oh, it’s the same in my constituency.’

When starting to plan new developments, it would be obvious - one would think - to integrate into the approach the views of local businesses, their needs for staff, the growing possibilities for self-employment, the need for workshops and small business incubators, the views of the local NHS, mental health practitioners, and care providers - never mind (speak it softly) the actual preferences of customers - as well as making sure that the high-speed broadband connections, roads, GP surgeries and school places are delivered when they are needed, not much later when the pressure has become intolerable.

But we are nowhere near having as the norm a holistic approach, which weaves together the different strands of what makes a good place to lead a life.

And yet the right to build on land at all is a gift conferred by society.

There is therefore already an enormous amount of ‘we’ involved.

We should not forget this. And the ‘we’ in this equation need to get much better at discerning and specifying what we have the right to expect in the places where we will have our futures.

Large-scale commercial house builders are only acting rationally so we cannot be surprised at their behaviour.

But we have to change what is rational.

And in the meantime, housing associations - if they are imaginative enough, and if the government is careful enough - could end up as key players in helping to fix our broken housing market.

That is a very good article Lynne, thank you for posting it.

When I moved out of my parents home and set up home with my partner, we had to go to the next County to find somewhere we could afford. And we ended up buying a new build tiny 1 bedroom starter home. The estate had a great mix of 1, 2, 3 and 4 bedroom houses on it which meant a great mix of age groups. Our neighbour had downsized on retirement, the other side was a recently divorced Dad starting out again on his own, we had young families and more established older families and the community spirit was brilliant. It was only quite a small development but it gave a great sense of what could be achieved if more thought was given.

As well as a need for small (one bedroom?) starter homes and sheltered accommodation might I suggest that there may also be a demand for more bungalows?

I know there are quite a few in Dawlish already but might there be a demand for more on the new estates due to be built in the future?

I know an 'issue' with bungalows is that they take up a bigger footprint then those other types of accommodation that can go upwards, given as bungalows need to go outwards. Thus more bungalows = more land being used for dwellings = more countryside/food production areas being built on. So bungalow provision brings with it other problems. However.....

Our health allowing, when we move from this four bedroomed, garden big enough for kids and dogs to play in (and don't forget the veg patch!) house, we will seriously consider moving to a bungalow. All things being equal we will buy one. Does anyone know how many social/affordably rented bungalows there are in Dawlish? (I'm not saying there aren't any by the way, just asking how many there are and where they are - because not everyone, as is constantly being pointed out on here, can afford to buy.).

The whole of Manor Close are semi-detached bungalows (22 dwellings I think). There are a few more in Church St (known locally as Newhay Bungalows - don't know if that's a proper name). All owned by Teign Housing I believe.

I think there are a few more in the Avenues which I guess will be Teign Housing also.

Bungalows are even loved by one of the government's favourite thinktanks

There are a lot of people who buy a bungalow and build on to it to enlarge it sometimes building it up to look like a house.

Also some buy it because it has a nice garden, and then sell off the garden for building.

Yes I know Ziggy I see that a lot.

If I look both to the back and front of my house I can see bungalows that have been extended both upwards and outwards.

I imagine what can be both built upwards and outwards when it comes to bungalows though is dependent, like everything else, on planning regs/policies etc and where the bungalow in question is sited.

I am pretty sure that a recent planning app. to build an upward extension on one of the bungalows in Pinewood Close was refused because of its potential negative effects on the roofline of that particular low lying (ie single storey) development and its proximity to the coast.

Check out David Force's article in the latest edition of The Dawlish Gazette.

Tory policy  is to sell off council housing, and boost the rental sector ( landlords get tax breaks )   Just check out recent  teignbrige Tory led council  decisions about planning for dawlish and then complain to your local M.P. Oh, I forgot that is another party member so nothing will change there then.

The National Planning Policy Framework already requires local planning authorities to plan for a mix of housing based on current and future populations, market trends and the needs of different groups in the community, including older people. This applies to specialist accommodation as well as general housing for older people.

Many older people do not want or need specialist accommodation or care and may wish to live in general housing, or in homes which can be adapted to meet any change in their needs. Shortly we are publishing updated planning guidance to reinforce our expectation that all local planning authorities will assess and plan to meet the diverse housing needs of older people in their local communities. Local planning authorities need to be clear about the future level of both general and specialist accommodation that is needed for older people in their area."

(and yes I know that we are now in a new Conservative controlled central government era but that was a Conservative housing minister (as he then was) speaking only three months or so ago. )

How should local planning authorities deal with housing for older people?

Older people have a wide range of different housing needs, ranging from suitable and appropriately located market housing through to residential institutions (Use Class C2). Local planning authorities should count housing provided for older people, including residential institutions in Use Class C2, against their housing requirement.  The approach taken, which may include site allocations, should be clearly set out in the Local Plan. In decision-taking, evidence that development proposals for accessible and manageable homes specifically for older people will free up under-occupied local housing for other population groups is likely to demonstrate a market need that supports the approval of such homes.

and this is what the Teignbridge Local Plan says about housing provision for the elderly in Dawlish.

mixed use urban extension which shall:

a) include a comprehensive landscape and design led masterplan for the

strategic site allocation, produced with meaningful and continued input and

c) deliver at least 860 homes with a target of 25% affordable homes;

f) provide for vehicular access through the development between Elm Grove

Road and the A379 Exeter Road, including supported bus service, cycle lanes

g) deliver at least 3 hectares of land for employment development, for office,

and its wider context, ensuring that there is also a mix of unit size to enable

businesses to start up and expand; support will also be given to employment

generating uses provided that they are compatible with the immediate

surroundings and do not conflict with town centre uses.

accommodation. There may be other forms of elderly provision suitable for the site."

So the question then becomes "How long will it be before this dedicated housing for the elderly gets built?"

Yesterday the Health Secretary, Jeremy Hunt, made a speech about the NHS. Below is an extract where he refers specifically to the elderly. Admittedly he has their medical needs/the NHS in mind but the point is that if we are to continue having an ever increasing elderly population then surely we will need more accommodation suitable for the needs of the elderly?

Put simply, if we do not find better, smarter ways to help our growing elderly population remain healthy and independent our hospitals will be overwhelmed – which is why we need effective, strong and expanding general practice more than ever before in the history of the NHS.”