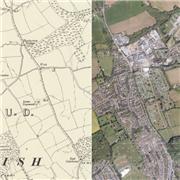 Dawlish - Now and Then

I found this website where you can view various historical maps side-by-side with the current Googlemap of the precise same area:

This particular screenshot I've taken is of the Exeter Road up towards Shutterton.  My how it's changed over the 100 years since the map was drawn.  Would be interesting to see the same again in 20 years time. 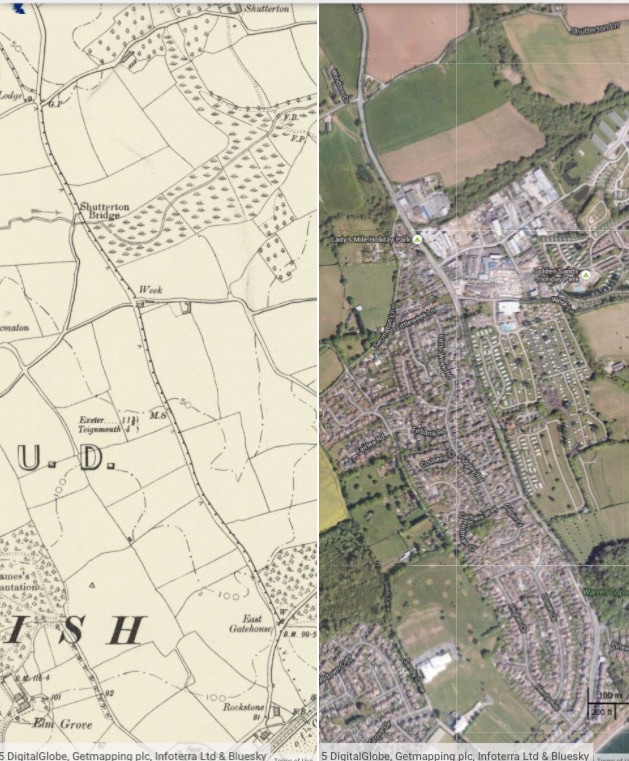 Probably houses all the way to Starcross.

And in 10 years time, the people living in the houses at Shutterton will be moaning about the houses being built on the green fields at Cofton, etc, etc, etc...

Ahem! Provided legislation stays as it presently is it won't all be built on will it? Because the more houses near the Warren NNR and Exe Estuary the greater the amount of SANGS (Suitable Alternative Natural Green Space) will be needed in the same vicinity.

I believe the present calculation for a "SANGS Mitigation Area" (based on Natural England requirements) is 8 hectares per 1000 additional residents at an average occupancy of 2.23 persons

Perhaps, Dorian. And commuter traffic backed up all the way to Exminster (with a developer-provided B bus stuck in the middle).

Imagine reminiscing about the good old days of 2015, when the worse that could possibly happen was when 2 touring caravans would meet at the Courtney pillars!

There'll be a 10 million pound bypass built to preserve those pillars.

Ah, the joys of the open road! Shame about the view, mind...