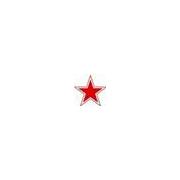 There are a few more Death Benifit, TV Licencing etc.  The main point is there are those who are always knocking those who are unemployed sit at home watching wide screen TV and doing nowt and bleed the country dry.  Well i am one of those on STATE PENSION sitting at home watching telly and doing as i please.    The truth is the unemloyment bill is a very small proportion of the overall cost of welfare benifits but we are made to believe otherwise.   So if you take 2 figures JOBSEEKERS COSTING 4.91£bn and for those in work STAT SICK PAY AT 2.55£bn i wonder how many of those who comment strongly about benifits have ever had STAT SICK PAY running up a bill half that of the unemployed.

cant believe nobody has commented on this

The figures have always been there these are 2012 figures the 2013 figures are not yet available but will show a drop in Jobseekers and a increase in State pension its very strange theres been no comments but it blows out of the water the argument that the unemployed are bleeding us dry.  The strange thing is Mr Cameron has these figures they where produced by the D.W.P it shows how a little manipulation can turn folk against a certain sector of society.  The DWP figures due in April for 2013 are also likely to show a increase in the total spent on benifits.

Not sure what your point is, but I'm all for helping people in genuine need.

What I can't stand is the people who choose not to work and also are not able to support themselves. It doesn't matter if it costs the tax payer £10B or £1 it is still wrong.

@Paul The point is that this Goverment tells us we have a  problem with the amount of money it takes to pay benifits to the unemployed. They add to that by hinting that the unemployed are all scroungers and it has to be sorted and somehow these unemployed scroungers are to blame for the position we find ourselves in.  But as anybody with one ounce of sense knows its all pye in the sky, and that there will always be a very small percentage of people who take advantage of the system but in real terms these scroungers are less than one half of a percent of those on benifits and that covers all claiments not just the unemployed.  So why is it the goverment fails to tackle the real problem State Pension payments the answer is simple the retired are more likely to be Torie voters and if they atack the retired those who in theory have worked hard and are entitled to their £600 per month they will lose voters. I will finish by saying i am one of those who are retired and i am in reciept of State Pension so thankyou to all those hard working folk who pay there taxes so i can have a great retirement.

What is it exactly that you want the government to do to tackle the "problem" of state pension payments?   The state pension is hardly a king's ransom, and if a pensioner doesn't have a private pension back-up I don't know how they comfortably exist.  It's quite simple, people are living longer and have to be paid a pension.

One of the ways the 'problem' of the state pension is being addressed is by raising the age at which people will become eligible to claim it.

Up until only a few years ago women who turned 60 were eligible to claim their state pension or whatever their NI contributions entitled them to claim wef their 60th birthday. The state pension age for women is increasing such that women born in 1954 and thus turning 60 this year will be 65 years - 66 years old before they can claim.

Those (both sexes) born 1958 or so are looking at age 68+ before being able to claim their state pension. Those born 1960s? Aged 70+ before able to claim. Anyone aged 40 or younger? They can go whistle.

And I agree with Leatash - the older population is much more likely to vote  than the younger ones (I started off a thread about younger people and their not voting, remember?). So......perhaps it is up to us oldies to make representations to all the political parties on behalf of our children and grandchildren?

reading leatsh post again I think what he is trying to say is the gov propaganda against the unenployed,vunerable,sick etc is as some of us realise   LIES

I'm surprised that Paul hasn't proved different and given us some more of the true govt lies, sorry, statistics.

@roberta many thanks  100% correct

er how can you get hold of my benefits payments ??

Oh and there a bit wrong, I don't get pension

Watching it now Wondering.  Wish someone would stick a sock in both Katie Hopkins and Annabel Giles' mouths.

Anyone who has to use F word on live TV to make a point has lost it...where did they find theee people...no wonder some dont get offered a  job.

""Not sure what your point is, but I'm all for helping people in genuine need.

What I can't stand is the people who choose not to work and also are not able to support themselves. It doesn't matter if it costs the tax payer £10B or £1 it is still wrong.""

This is my view.  Adolph Hitler during WW2 started ear marking the jews, and disabled people as not fit for purpose.

Paul, here is saying the very same about people who dont want to work, these people are in my view in the minority.

Discrimination spreads like a disease, but Paul on this site clearly doesnt realise this.

Maggie Thatcher began demonizing the unemployed way back in the 80's, because she wanted to get the British people on her side to win general election after general election.

Tony Blair followed in Thatcher's shoes, and Cameron is now finishing the job.

So, you have made your point Paul, and hate crimes upon disabled people have soared, because the Tory's believe many disabled people choose not to work, so you must be pleased about this fact. ?

Paul will not reply, he likes putting these little posts on here and leaves everybody else to debate and does not himself. In other words hes a 1st class wind up merchant

What is it exactly that you want the government to do to tackle the "problem" of state pension payments?   The state pension is hardly a king's ransom, and if a pensioner doesn't have a private pension back-up I don't know how they comfortably exist.  It's quite simple, people are living longer and have to be paid a pension. """

Yet another copied and pasted job.

Peoplre "living longer" is not the reason for Britain's pathetic State pension.  Means testing pensioners for equally meagre State handouts is costing 20 time more than a higher State pension re- linked directly with British prosperity.  The following comes from WIKI.

I am amazed at how many people in general, constantly parrot the Tory line about people living longer as an excuse not to pay out a better State pension.

The reality of our low State pension is suprisingly simple.  The Tory right wing beginning with Thatcher simply dont believe in it.

It will be interesting to see just exactly what improvements (which begs the question that there will be some) the new state pension scheme due to start in (I think) 2016 will bring. No-one will know of course until it kicks in (if you contact the state pension people now they say they cannot tell you what you as an individual will get as the old system is the one they are  presently operating and will continue to operate until 2016).

A lot of hype has gone into this new state pension. Well, let's see what 2016 brings shall we but I for one am not holding my breath.,

By the way I believe I am correct in thinking that it is only those whose age qualifies them to start receiving a state pension during and after 2016 who will receive the new amount.  Those who are already in receipt of their state pension will remain in the old scheme/amount.

In your early 60s?. Take note of my post above.

Here you are Lynne,

If this right wing Tory Government wins the next general election, there are plans by George Osborne, to introduce a flat rate UK State pension of around £144 come 2016, that’s worth just under £7,500 a year, just over half the poverty line of around £14,000, though you will need to have worked up 35 years worth of National Insurance contributions to qualify rather than the current 30 (a move the Government has been quiet on care of Lib-Dem minister Steve Webb!!!).

However, Britain’s 12 million existing pensioners will not qualify, they will continue to receive their meagre State pension and be means tested for state handouts.

If you want to have the longest retirement, head for France. The average French male pensioner will live 22.6 years (27.4 for women) on average after leaving work. The average British male kicks the bucket almost five years earlier.

And the query is, and is a query that the state pensions people won't or can't answer, what type of  NI contributions will be needed to have been paid for 35 years in order to qualify for this new state pension of circa £140 per week.

Addendum; Just thought I'd do a search to see if any info has been put online since the last time I looked and. lo. and. behold! at long last we now have this https://www.gov.uk/new-state-pension/how-its-calculated

note section 4. where it talks about types of NI contributions. What many of us who have paid into workplace pensions are wanting to know is how will our having done that impact on the amount of state pension we will receive when we become eligible for our state pension wef 2016?

Useful phone numbers if, like me, you will qualify for your state pension on or after 6th April 2016. (But note that it says you will be phoned back. Nothing in writing then. Just saying........)

They will take your details and call you back within 7 days.

Monday to Friday, 8am to 6pm

oh and have a read of this

Warrior, why is almost everything that you write on here, and which you claim to be your own thoughts, actually just copy and pasted from elsewhere??  You make some interesting points, though I'm not sure that this is the place for them, however they lose their impact when they are found to be merely a collection of other people's points!

A google search for "The average British male kicks the bucket almost five years earlier" is a case in point.

Anyway Foxy, POWER TO THE PEOPLE!

Judith Chalmers, What im copying and pasting are actually my own words already written and relevent to the subject matter.   P.S. What has your last sentence got to do with anything ive already written ?

Why not just stop all benefits? There problem solved. Now the government will have more money to waste on white elephants and themselves!

OLDFART, This is just the point.  Cutting welfare under Cameron is not about costs.  Cameron's right wing Tory's are cutting welfare because they are ideologically opposed to the welfare State.  And they are using the deficit as a cover for doing this.

Foxy, so are you saying that you're the author of Munguins Republic blog? Written by you in Scotland?  If so, welcome to Dawlish. If not, Foxy, you're a plagiarist.

POWER TO THE PEOPLE!