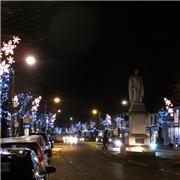 With reference to the post about the co-op v sainsburys.... I have seen this happen many times in the USA where there was one store to support the locals they are ( were ) the only game in town. What happens is they become complacent have high prices and produce and selection poor, and with staff that couldn't care less. Now competition is coming into the area then they start complaining. The decline of the co-op is of there own making. Very much like a terminal illness if you don't treat the syptoms early then it's to late.

Mind you Sainsburys are not that cheap and you have to watch dates, but it is a much more welcoming store

Or if the shelves have any thing on them, have you tried to buy large skimmed milk. I went in on Friday for 5 items, 3 no stock on the shelf and 2 out of date. And this is not the first time it has happened more than once.

was that coop or sainsburys kenny?

Sainsbury's are charging more than in say Exeter where there is more competition particularly on fuel but also in store. I reckon we'll see a reduction in prices once Morrison's opens in Teignmouth. I hope all Dawlishians remember how Sainsbury's bumped up prices until they had real competition!

As did the Co-op, until Sainsburys came into town.

Sainsburys' other than a few items we do not use the store now, Dawlish co-op still needs to improve but they do seem to be trying.

Sainsbury's all the way. If you wish to drive to Exeter or Teignmouth to save a few pennies, that's your choice, but for me Sainsbury's Dawlish provides excellent service, quality, and prices. I think you'll find that Morrisons provides only 1 of those 3 criteria - though price of course might be the only important criteria to a lot of people.

Sainsburys have brought a very wide range of products to Dawlish that previously meant a trip to Exeter or Torquay, I recently bought a PC printer using 'click and collect'. Same price as everyone else I checked online but a major saving as no time or petrol needed, and the printer was delivered to the Dawlish store 24hours after my online order was placed. Even if it had been £5 more it would still have been cheaper than a  trip to Exeter or Torquay.

I cannot understand why people complain about Sainsburys, if you don't like them, don't go there.  Comparing prices unless you are comparing like for like branded goods is pointless. People don't actually look at the value for money, I know a lady who only goes to Iceland 'cos the're cheap, their frozen veg is cheaper but they sell 750gr bags so they are exactly the same price as almost every other supermarket who sell 1kg bags for 33% more. Supermarkets catch more people by selling pre-packed stuff, loose bananas are 68p a kilo, weigh a prepack, they usually work out at £3 a kilo. Most prepacked Veg is 3 times the price of loose.  I shop where I get value for money and can get almost everything under one roof. Even Kenny admits to going to Sainburys for a 'few items', ie what he can't buy at the Co-op, Sainsburys was the best thing that happened in Dawlish for many years, what we need now is a Tesco and Lidl.

There are presently no plans for any more supermarkets in Dawlish.

Morrisons should be opening in Teignmouth in the very near future.

I'm moving to Dawlish on Jan 13th and I've been reading posts on this site with great interest. When it comes to supermarket shopping I find the best way to do it is online as it's usually the bigger branches in the area who deal with online orders/home deliveries....which, therefore, means a wider range of goods to choose from.

When I came up to Dawlish to view my flat/new home I walked through the town centre and saw a reasonable selection of smaller businesses....a grocers, butchers, bakers and health food shop that sells loose herbs & spices. I like value for money but also think it's important to support the smaller local businesses. I currently live in Bodmin and there's a Lidl, Morrisons, Sainsburys and Asda. But, because of all these big stores the heart of Bodmin has been ripped out and the few small businesses still left are struggling to survive.

When I move to Dawlish I'll get as much of my shopping as possible in the aforementioned small businesses and then buy the rest online.

Sorry to say but you will end up doing your shopping at sainsburys . Most of us do .

Not the way it should be but that's life.

High Streets shops don't die because of large supermarkets, they die because nobody uses them, ie you and me, their ex-customers. What about the 'demise' of the large dept stores, many are gone I was told, but no, we have more large dept stores than ever, they are now called Sainsburys, Tescos, Asda etc etc. Old style wasteful inefficient and badly stocked dept stores lost their customers, ie you and me to the new dept stores. John Lewis is still in business but their new stores provide what the customer wants, are modern well stocked and offer good prices.

In those 'good old days' people accepted lack of choice but now expect everything they want to be instantly available 24/7, that is a compliment to stores like Sainsburys as they have made it possible to get 99% of what we want most of the time so people get 'upset' when they can't get instant gratification.

Sainsburys, the best thing that has come to Dawlish for many, many years, and no I don't work there, I'm retired.

People say they want the best prices and service which only competition will bring, but then moan, groan and object when Tesco want to come to town.

You are so wright wriggler service in town is very poor and has been for years the shops are tired and so are the shop keepers and staff.  I havent spent one penny in the Strand since  the day that Sainsburys opened they provide great service happy smiling staff the Strand is finished and there is no appertite in Dawlish to save it.  A few nights ago on the locall news a elderly gentleman was missing the news readers words where" he sometimes frequents Dawlish as he likes betting shops and arcades". Do i need to say more. 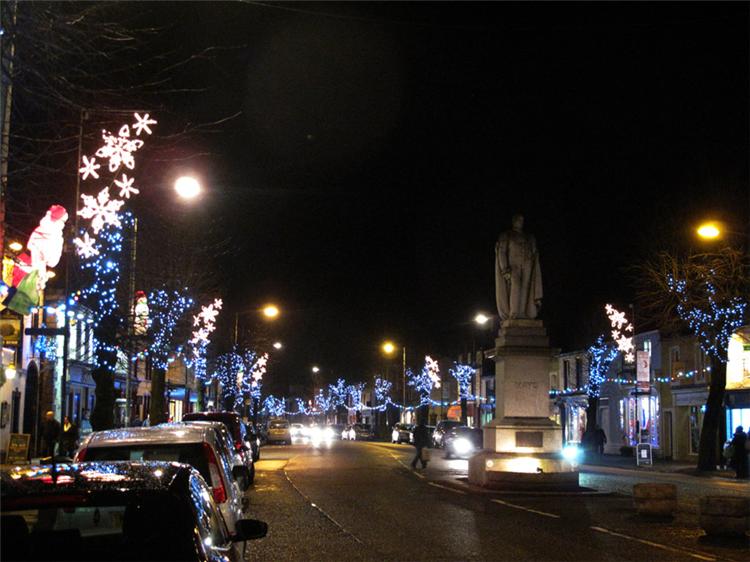 Just to make a point the above is Cockermouth High Street deverstated by floods every shop destroyed but did they give in no they worked as a community and rebuilt, and doesnt the street look great if only the same spirit existed here the Strand could be the same

@leatash.  well put. the people here who are quick to moan are always slow to offer assistance.

@Nelson - see my post / reply to don pearson, offer made, gauntlet laid down, lets see if its picked up

They say that local shops have a 4 year lul when a supermarket opens but after that the local shops actually gain, we moved here in September and we shop every week in Dawlish, we also found that our alcohol purchases were cheaper at the shop in the Warren than in Sainsburys.

We will come in today free park walk down the strand shop at fruit & veg/butchers, pasty on the way back up then into the cheapy shop by the Landsdowne for the cleaning bits put it all in the car oh and stop at the texaco garage if we need fuel.

We liked woolworths for childrens toys, where do you have to go to get toys now ?

We can see there is less choice now and over the next 10 years it will only get worse.

Make sure it's Wee Shoppe pasty Andy. I'm a big fan (as can be seen by my girth!!!!) and they are currently the best around in my humble opinion. No, I have no conection with them!!!lol

Bit late posting on this but I moved to Dawlish earlier in the year. Before Christmas I went out with the intention of buying as much as I could locally. It turned out I couldn't even buy a decent pack of Christmas cards, not even from the charity shops promoting their own charities (so naff).  I don't know how the so-called gift shops manage to stay in business, it was all tat.. Bought a couple of trinkets fom Ten Green Bottles and a last minute pair of novelty slippers from the shoe shop but that was about it.  The rest was done online or in Exeter. What a shame.  Butcher and greengrocer were used but the till queue at the Co-op was a nightmare.  The stock control/replenishment in Sainsburys was dire so I gave up and sadly Tesco at Rydons Lane got the biggest slice of the grocery budget.  I feel guilty and frustrated.

I'm told the Dawlish shop rates are disproportionately higher than Teignmouth. Why is that?