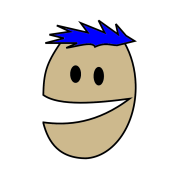 Threads view
General Discussion
I pad for a 4 year old

I agree with neilh, but think it'll be much sooner than 20 yrs. There will still be special libraries, like local studies and subscription libraries. But public libraries are changing, books are becoming a smaller part of the job and computer skills are becoming a larger part. As a librarian, I trained as an information specialist, but now we have Google, not many people information specialists. ...

The replacement of old rusty

Great idea Lynne. Lots of towns have a visitor centre/heritage centre as well as museum and TIC. As the TIC and museum are only open seasonally, it could be worth considering. The manor house is open all year and has parking, but signposted from the train would make visitors walk through the town. The visitor/heritage centre doesn't necessarily need to be staffed and there are empty rooms in the ...

There are several "then & now" books and local history books in Dawlish library plus a box full of newspaper cuttings. You can also get this sort of thing from the history group and museum.

Lost keys (house and car on a small bunch). Somewhere around/between the leisure centre and the dog beach by Rockstone. £10 reward or charity donation if found. You can contact me here, Eyes of Dawlish, or in the library. Thanks Joanne

Yes the library has free open wifi, but charges £1 per day if you want to plug into the electricity. You can pick this up from the No 1 cafe when the library is closed, (the wifi that is, not the electric). Also Open Daw has free wifi when you buy a coffee. I have tried the pubs but the signal is poor in most of them. I think the new Jack Sprats was also advertising wifi, but I'm not certain.

Dawlish News
Picnic in the Park

Picnic in the park is now "Tea in the Tent". The show will indeed go on with activities relocated to the Marquee. If weather is bad tomorrow the Generation Games will become "Indoor Games", also in the Marquee.

Dawlish Lawn
Picnic in the Park

Picnic in the park is now "Tea in the Tent". The show will indeed go on with activities relocated to the Marquee. If weather is bad tomorrow the Generation Games will become "Indoor Games", also in the Marquee.