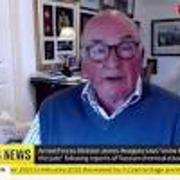 Have these people not considered that Putin would love to place a agent or agents into the UK with a bag full of Novichok he has form for doing it as we well know.  Do we need to know who these people are before they enter the UK absolutely as we need to keep our population safe and if our safety means a complex visa process so be it.

I have family in Ukraine. They wanted to come here to us but its so complicated they are going to stay in Germany instead. They grabbed what they could and drove 20 hours to get to Poland. One of the questions on the application form asks people to prove they left Ukraine after February 23rd. Another wanted to know any mortgage details you may have. If you were bringing a dog there is an 11 page PDF file explaining the rules. I advised them to go to France and try and come across in a dinghy. I think it has been made deliberately hard to put people off coming here despite Johnson, Patel etc saying Britain is leading the world in helping Ukrainian refugees.

Sorry to hear about all that hassle @Expat. I agree about it being made deliberately hard. If the powers that be wanted to make it easier then they no doubt could and would. Have heard it suggested that the reason it is difficult is because the gov. believes there is a strong anti eastern european migrant feeling in this country after so many Poles, Slovakians, Czechs, Romanians etc came to the UK back in the mid 2000s after their countries became members of the EU.

Saw this on Skynews the other morning

PREVIEW
0:47
General Lord Dannatt says the UK government needs to "look urgently" at the visa system for Ukrainian refugees, as it is taking too long for ...
21 hours ago

Still reading about how inefficient the UK/Ukraine refugee visa system is.

You'd have thought it would be sorted out by now.

From what I understand, and despite all the hassle, it seems we now have some Ukranian guests in the town.

If you would like to know more about how to help those still in Ukraine/Poland/ and other countries then look up Ukraine Dawlish Cares on facebook.