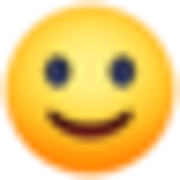 Kenton restaurant set to close and be turned into flats

The Chi in Kenton, formally the Devon Arms, describe themselves on its website as one of Exeter and Devon’s finest oriental restaurant, that provides the dishes you want but can never find in the South West.

However, Cllr Chris Thompson, chairman of Kenton Parish Council, said that the village would rather see affordable homes for young families built than have an affordable housing contribution provided.

He added that they also had concerns over the loss of the restaurant as it would mean the nearest takeaway facility for residents would be in Dawlish, the parking provision was inadequate, and that while the restaurant only employs young people in casual jobs, the loss of those jobs was a concern.

Such a shame, great food and service and one a very few restaurants in local area :(

I must admit the report on here and in Devonlive paper suggest that the reastaurant is going to close. My Wife and I have been there many times and have a good relationship with the owner. Feeling disappointed I just called Chi and spoke with the owner and they are the freeholder for the property.  The restaurant is NOT going to close. Whatever they have planned the owner stated that they have been granted permission to build and only assuming in their parking area but I didn't get a chance to ask that question. So the report is a little confusing.