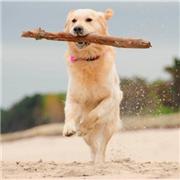 Devon beach dog bans: These are the Devon beaches where dogs are not allowed from now

Dogs should never be allowed on beaches at anytime.

@leatash - if the reason is because they pee and poo on the beach, i think you will find the dawlish population contribute so much more pee and poo. the only difference is we chop it up a bit and pipe it a hundred yards out just to come back on the tide.

I frequent the beaches, Teignmouth and Dawlish, and most of the year round the majority of those using the beaches are dog walkers.

Ban dogs from our beaches throughout the year and you will see a sizeable revenue drop in our little town.

Out of all the creatures that use our beaches dogs have to be at the top for having the most fun on the them. 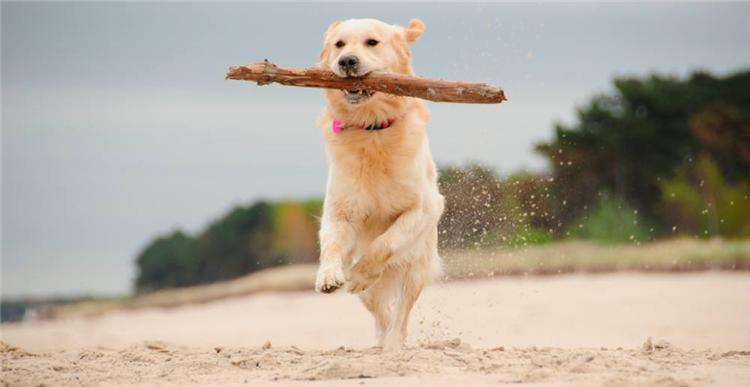 Am I being cynical or is there a crane lift nerby.

DEEDOODLE i think you will find the sewage all goes to the sewage works in Warren Road it's pumped from the viaduct to Sandy Lane then on to Warren Road the pipes on the beach are obsolete. I visit loads of seaside towns that unlike Dawlish are thriving and yet have a no dog policy on there beaches and some towns have specific dog walking areas with poo bags and bins supplied.

@leatash - I just feel sorry for you if you think an outright ban on dogs on our beaches would produce a positive effect to the success of Dawlish as a seaside town. With that attitude you would, more than likely, be welcomed as a dawlish town councillor. In my opinion.

DEEDOODLE I wouldn't have time to be a Dawlish Councillor as i am to busy travelling and enjoying my retirement as i have done for the past 14 years and hope to do so for the foreseeable future.

Tourists leave more mess and litter on beaches than dogs. All the dog walkers I know pickup after their animals. I've seen people letting their kids pee on the beach. Give me dogs anyday.

Walk along the wall under the station platform theres dog crap everywhere along the Brook by the lower barton car park just the same, the Collie of the lead on the Lawns at 0700 this morning maybe you can ask that owner to pick up the dollop his dog left on the grass.

Leatash, while i agree with some of your posts, however being a responsible dog owner myself I disagree with your notion that dogs should be banned from our beaches. I agree that there has to be some control and compromise of which we have in place now with the summer curfu ie no dogs to the right of the station for the summer duration. If, as you say that at 0700 this morning you saw a dog running free on the lawn, do you say anything to the owner? Perhaps on your travels during your retirement years you have been to some Asian countries where they raise and eat dogs of which i find deplorable to a country of dog lovers. I agree with Monty and Dedoodle and others that banning dogs from the beaches would have affect on Dawlish business's in fact many people bring their dogs on holiday to Dawlish and shop here. So i can only summise you a not a dog owner.

The people that use beaches leave more mess than any dog, and of course the Lawn and the Manor but to name a few. And getting back to that Collie did you witness the dog having a poop? There are poop bins to found but there are many inconsiderate owners that don't bother. I speak up whenever i see the owner not picking up or see a dog of the lease on the Lawn area.

Brooklyn Bridge I have learnt recently not to confront folk you just get abuse and achieve nothing and in this day and age i find it best to keep my nose out of other peoples business. Am i a dog owner used to be we had collies for herding sheep the sheep went so did the dogs. Now some folk out there may remember when we ate horse, had crow pie, and curlew for Sunday dinner, so some countries eat dog i dont have a problem with it.  Some cultures believe the cow is sacred and wont eat beef but eat dog i presume you find no problem eating a nice steak as those in some Asian coutries have no problem with a leg of dog.

'i find it best to keep my nose out of other peoples business' !

How many are aware of the worst crime of all when it comes to dog sh1t. Picking it up and then lobbing the bag of sh1t into the trees. The rain can fill the bag with water and then you get a shower of dog sh1t liquid disguised as rain landing on you if you happen to be walking under the hanging bags.

Where is the mentality of those that do such things?

The trees of the woodland opposite Newlands is a classic and I wonder if the photographer to this site has witnessed these hanging bags?

As a dog owner myself, it frustrates the hell out of me when I see bagged-up dog poos just left around the place. Those bags are advertised as bio-degradable but that's a relative term: it takes around 7 years for them to break down. So if people can't be bothered to take the bag to the nearest dog bin then they're better off not bagging them at all, and if you're frightened of carrying a bit of dog poo in a bag that distance then you've no business owning a dog. I think most of us owners are pretty consciencious about these things, but as usual it's the odd nobhead that lets us all down.