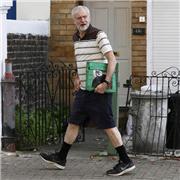 Jeremy Corbyn is on his way to Devon today: Five questions we want to ask

Jeremy Corbyn is currently travelling to North Devon, possibly on a low-speed rail line, to act as guest speaker at a special fundraising event tonight – but what questions should we put to the Labour leader?

Last month he told the BBC he had bold plans to electrify rail lines from London, through Exeter, and as far as Plymouth.

He also spoke of pumping money into alternatives to the scenic, but weather-dependent, Dawlish line - famously built by Isambard Kingdom Brunel in the 1840s.

Question 1   Please ensure you have a return ticket.

Question 2  Are there terriosts in North Devon, if not why visit?

Question 3 Can we have  his plans  in writing .....Jeez hes a politican he will say anything to get votes.

Question 4  Why is he and his party anti-semitic.?

Question 5  Will he wear a poppy

Question 3 applies to all policians.

Does anyone remember the interview between Jeremy Paxman and Lord Howard 20 yrs ago?

They will all duck and dive if the questin is too embarasing to answer.

And to question 5. Whilst watching parts of the harrasment debate in parliament this afternoon, I scanned around both sides of the house and noticed there were a great many MP's not wearing a poppy. So what would be significant if JC didn't wear one?

The significance is that his friends in in SF/IRA in Ireland would never wear a poppy so the obvious question is would he show solidarity with them by not wearing one or would he be hypocritical when he has supported these "freedom fighters" that have murdered British civilians and soldiers with cowardly attacks.

So who are all of those MP's I saw today in the house showing solidarity too by not wearing a poppy?

Everyone has their political views/opinions/etc. Remember there are some who are banned from wearing poppies - ask FIFA about it.

Yet again, the right wingers trot out the boring old line/lie about JC supporting the IRA. It’s simply not true - and that’s a fact not an opinion

Jeremy Corbyn's links to the IRA were at the centre of a growing row after he repeatedly refused to condemn the actions of Republican terrorists.

The Labour leader was asked five times to denounce the IRA yesterday but chose instead to state his opposition to "all bombing".

When asked if he could unequivocally condemn the IRA, Mr Corbyn said: " No, I think what you have to say is all bombing has to be condemned."

It can also be revealed that Mr Corbyn was heavily involved with London Labour Briefing - a hard-left magazine which celebrated the Brighton bomb and joked about the death of Conservative MPs.

Evidence emerged yesterday that Mr Corbyn was involved in the magazine, which praised the bomb designed to kill Margaret Thatcher in an article that read:

"The British only sit up and take notice [of Ireland] when they are bombed into it" and "What do you call four dead Tories? A start".

On Saturday the Daily Telegraph revealed that MI5 had opened a file on Mr Corbyn amid concern over his links to the IRA. 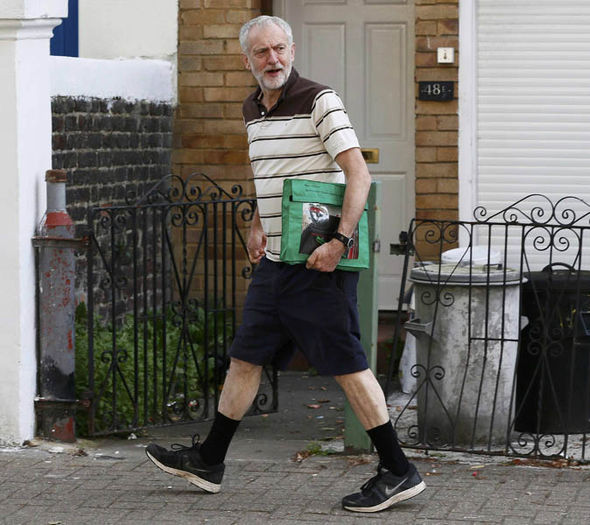 A picture paints a thousand words.

The main problem with the Torygraph article quoted by “Burneside” is that it’s a lie. JC was not “heavily involved with London’s Labour Briefing”, and therefore the rest of the text copied from that article is fake news.

I rather believe the senior political correspondent of the Telegraph over you.  If the article is a lie, then why didn't your beloved JC sue the paper for defamation?  The fact he did not speaks volumes.  I suggest you read the whole article.

I read the whole article “Burneside”, and it’s a fabrication to say that he was heavily involved in that publication.

What isnt a fabrication is that is that he was heavily involved in the NI peace process.

Corbyn was a member of the editorial board of the magazine, I would say that makes him heavily involved with it.  And your view that he advanced the peace process is laughable, given his steadfast support of the IRA.  If anyone is spreading fake news, dearie, it is you.

Another illuminating article from the Daily Telegraph:

The true extent of Jeremy Corbyn and John McDonnell’s links with the IRA is revealed by a Telegraph investigation.

It can be disclosed that for seven years running, while the IRA “armed struggle” was at its height, Mr Corbyn attended and spoke at official republican commemorations to honour dead IRA terrorists, IRA “prisoners of war” and the active “soldiers of the IRA.”

The official programme for the 1988 event, held one week after the IRA murdered three British servicemen in the Netherlands, states that “force of arms is the only method capable of bringing about a free and united Socialist Ireland.” Mr Corbyn used the event to attack the Anglo-Irish Agreement, the precursor of the peace process.

He said it had resulted in no improvement in the lives of the people of Northern Ireland, adding: “It strengthens rather than weakens the border between the six and the 26 counties, and those of us who wish to see a united Ireland oppose the agreement for that reason.”

The editorial board of a hard-Left magazine, of which Mr Corbyn was a member, wrote an article praising the Brighton bombing. In its article on the IRA attack, which almost wiped out Margaret Thatcher’s Cabinet, the editorial board of London Labour Briefing said the atrocity showed that “the British only sit up and take notice [of Ireland] when they are bombed into it.”

According to an authoritative parliamentary reference work, Mr Corbyn was general secretary of the editorial board. He wrote the front-page story in the same issue of Briefing.

He wasn’t a member of the editorial board.

Every time I see that waste of space, the image of him sitting on the floor of a train comes to mind.

You obviously never travel on trains during peak time! Mind you, with your police pension you could probably afford to travel First Class to Teignmouth and back...

Has anyone thought about asking our Prime Minister what SHE intends to do about securing our railway line and making sure that trains run in ALL weathers, on time, and with newer rolling stock while spending billions on HS2, instead of writing silly questions to a man who is NOT in power, after all, it was (most of) you lot that put the tories where they are yet complain about the lack of policing in this town and the cuts in the armed forces, transport, etc etc etc, but in your eyes, it's not the tories fault but always someone else's.

@Calamari - usually the finger of blame is pointed at the last Labour government and/or the  EU.

Calamari was it not the bankers who put us in this mess.

I thought the financial mess of some 10 years ago (but still with us now) started over Stateside with the advent of sub prime mortgages.

There is a very good film (well I think so) that covers this time in the States. If those interested in how the US financial whizz kids caused all this I would highly recommend watching The Big Short.

1- your getting off the subjest

2-"Silly Questions"  thankfully this man is not in power but were he to be elected he would hypothetically have his finger of the nucluear button.....sorry remove that he believes in world peace and the socialist ideals with heroes like stalin who you could argue killed more of his own people  than hitler.  T

1- your getting off the subjest

2-"Silly Questions"  thankfully this man is not in power but were he to be elected he would hypothetically have his finger of the nucluear button.....sorry remove that, he believes in "world peace"and the socialist ideals with heroes like stalin who you could argue killed more of his own people than hitler.  The essence of asking questions is that this is a democracy which would be much diminished under corybin and his leftie, liberal supporters..

You are correct Lynne but as we all know the banks here in the uk fell foul and as a result cost us the tax payer billions and to pay back all that borrowed money services had to be cut resulting in what we have today.

i do not think @Calamari understands politics that well (not that i do either).but i would say this, you need to watch past episodes of "yes primeminister". and you will quickly learn that it is the top civil servants that are in charge no matter what party holds the majority and think they are in control. you talk to a politian face to face (members of la's are also classed as politicians) and you will also learn they know nothing or very few of them do.

You must have heard of the "gravey train", well thats all most are interested in.

The debate is going on about the expenses in the house of lords, £300 a day just to sign in and take no further interest in what is going on. But that is life and life will go on.

Well fancy that!!!! Shows that the civil servants think they are in charge. Well they allway's will be until councillors who approve the employment of the civil servants, have the balls to say no to many of the recommended proposals by the civil servants.I bet you Allan Connett has no knowledge of the Road Traffic Regulation Act 1984, where many judges throughout the land has declared that the act is not a revenue raising act, It's purpose is for the controll and management of traffic only.

So come on Connett do your job and stop this now.

Is it any wonder people are disillusioned with our corrupt system.  The voter turnout figures speak for themselves.  Local elections barely scrape above 30%, and general elections are now less than 70%.  Coincidentally, the biggest drops in turnout have occurred since Blair won his first term in office; he fuelled this disillusionment.