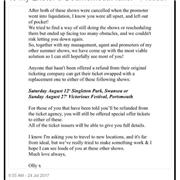 ZIGGY
The pop star was due to perform at Powderham Castle on Saturday, July 29, however the gig will not be taking place after the events company revealed that they had ceased trading after going into liquidation.

Where has all the money gone?

ZIGGY
Olly Murs promoter Stephen McManus tracked down to Bournemouth hotel
The man at the centre of Olly Murs' cancelled Powderham Castle gig has been tracked down to a hotel but is refusing to answer questions about his business dealings. Thousands of Olly Murs fans were left shocked on Wednesday when it was announced that the sell-out concert would no longer go ahead.
Read more...http://www.devonlive.com/olly-murs-promoter-tracked-down-to-bournemouth-hotel/story-30452155-detail/story.html

This has been around other sites so thought it worth posting on here. 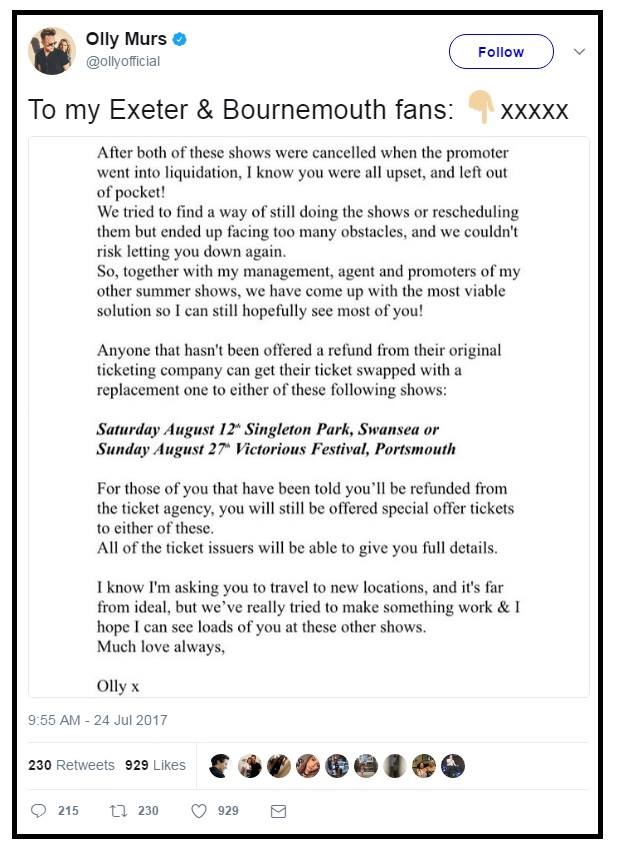