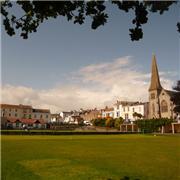 The planning application is to be considered by the TDC Planning Committee on Tues 23 Sept. a committee made up of Councillors.

Here's the thing, if you are an objector or a supporter,  you have had only eleven days notification of the meeting telling you that only ONE objector or ONE supporter can speak at the meeting.  If you are a third party to a planning application you do not have the right to appeal against the decision, that right is only reserved for the applicant (DTC).  In this case if you are an objector, your rights are entirely in the hands of democracy now, the democracy that voted in DTC and in turn the TDC Planning Committee.  Lets see how that Democracy is handled by whoever is going to speak on behalf of the applicant, given that the overall public response to this application is not in favour.

The Planning Officer has now issued her report, and so the Town Council will be withdrawing its application before any vote is taken at Teignbridge and no legal precedent will be set for the future.

The advantage of following this process of letting the planning application run until the Officer issued her report is that should anyone in future want to put forward proposals for a Bandstand replacement, they will have the benefit of detailed opinion on matters such as Flooding, impact on the Conservation Area and Landscape, Residential Amenity, Biodiversity.  To have this information together with the hundreds of responses to the Town Council consultation will obviously be very helpful in considering what form of replacement should be proposed.

The Planning Officer's report can be found at http://www.teignbridge.gov.uk/article/21242/23-September-2014

Thank you for this information Councillor Clayson. As a Town Councillor I was not aware that the  planning officer had issued her report. I wonder how many other Councillors are aware that this report has been issued? It certainly has not been sent to all Councillors by the Town Clerk, which would be the appropriate process to follow.

Margaret Swift, yet more sarcasm directed towards Councillor Clayson; surely you could have chosen a more dignified means of communicating with a Councillor colleague? by telephone or by email perhaps and not via this website?

It is obviously apparent that some Councillors are more focused than others when keeping their ears to the ground regarding important matters, surely you should have been more proactive regarding the progress of the planning application and not wait for someone to place a piece of paper in your hand.

You were at the forefront of the objectors and as a consequence our beloved bandstand will remain in place for decades to come.

I see the rat is spouting nonsense yet again.  The current bandstand will most certainly not be in place "for decades to come".  I fully expect that TDC will now progress its plans for a new, more fitting, bandstand which I believe were being formulated before the woodlouse folly reared its ugly head.

I wish it were true that Teignbridge were busy formulating plans for a new Bandstand.

Absolutely no detailed planning had been done for a new bandstand.  More of an aspiration than a plan.

Hopefully the impetus given to this situation by the hard work of the Town Council will persuade the District to give the project  greater priority.   They will certainly benefit from the expert opinion generated by the planning application, and the huge effort that we put into the public consultation which has given hundreds of people the opportunity to express their views on what they would like to see happen.

Bernard I am on the Town Lawn Group and I have no knowledge of a plan being formulated for a new bandstand.

Would that be the consultation which was initially going to be rushed through before people really understood the implications of what was being proposed?

That'd be the consultation that helped people to understand the implications of the proposal, and to therefore vote for the cultural pavilion in preference to either a Victorian bandstand or the present carbuncle remaining as is...

The very same consultation which revealed that 56% did not want the woodlouse.  Anyway, it's all history now, as I suspect certain councillors will be after next year's elections.

The same consultation which revealed that 64% didn't want a Victorian bandstand and 80% didn't want the present carbuncle that sadly we're now stuck with. However Bernie, you might be surprised to learn that I otherwise agree with you. Your sister will have even more time on her hands after next May...

Why haven't you replied to the Councillors who have disproven your false claims about Teignbridges "plans" for the Lawn?  Though maybe you're writing a letter to the Evening Standard about it...?

Why don't you give it a rest JC, I'm sure I'm not the only one getting a little tired of your 'Mightier than thou' attitude! Why not try holding your breath for five minutes and give everyone else a rest.

Well, I apologise for having an opinion that causes you to wish to shout me down with your bullyboy tactics.  My voice isn't about being "Mightier than thou" or even "Holier than thou", it's about correcting those who have an agenda that is full of lies, deceit, innuendo and misinformation.

One thing though, why have you changed your username from ALLEMS? Which a number of us know was a new persona itself.

Thank you to Mr Clayson for your post it was very informative.

So, the large central space and the character of the area locally known as the 'Lawn' falls foul to half baked ideas of regeneration.    Heaven help our open spaces!

For attention of CEO

We the undersigned, all having served as mayors of Dawlish over several decades, wish to bring the following proposal forward for your consideration.

We ask that TDC, as freehold owner of the Lawn, agrees to put in place a "condition" based upon the following suggestion, with which any future proposals effecting the Lawn must comply.

"Any proposal to develop The Lawn, whether by the freeholder, leaseholder or any other group or organisation , must first be put before the residents of the Parish for consultation in a timely manner and before any planning application is submitted or approval sought.  Any such proposal to be widely advertised in the local press, on the web and in Dawlish Town Council's own publication THE TOWN CRIER".

We ask that such a condition be put in place as a matter of urgency to avoid future controversy of the sort which was recently been triggered by the attempt of DTC to obtain permission for the erection of a pavilion on the Lawn prior to public consultation.

See what I mean?  Yet more lies from the NIMBY brigade.

Erm, the last paragraph is an utter fabrication. Whoever you are.

Can we not pick at each other it is not productive and not helpful.  We have some very good Councillors and they are willing to listen and help and are quite vocal when it comes to dealing with Teignbridge and putting Dawlish Resident's views acrosss.  However, if we do not like what people suggest in relation to the new replacement bandstand then we need to at least offer an alternative for the Councillors to take to the community and gain a response as to what the majority would like.

I also think the people of Dawlish need to be given more say in regards to what eventually replaces the bandstand as we are the ones who go into town and have to look at it all year around. Granted the current bandstand is a bit small and therefore cannot be adapted so well, so a new one is the only way forward.  Glasgow were in the same position with their 1920s building which fell into disrepairn and has recently been restored.  The design or something similar could fit well in with the lawn at Dawlish and due to the width of the building it would take a community area behind.  It is an old building, but has a classic/modern feel and whereas in Glasgow the restoration cost a small fortune a new build in Dawlish would cost a fraction on that. 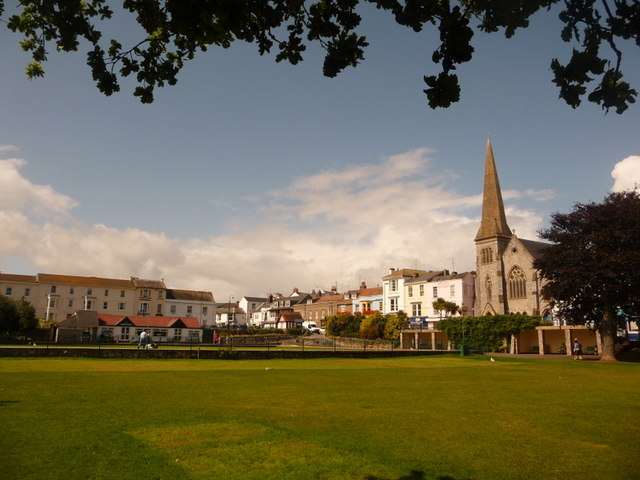 All we hope is that we get something that is worthy of our town and the monies are not wasted on something we will all live to regret and that we don't want like i.e. the awful building that was proposed which would ruin not enhance the Victorian Town we care about. So why don't people find suitable bandstand buildings they like the look of and post them on here and maybe Cllr Clayson could save them for when the council gets an architect in to start a new design and at least they might have some idea of where to start. 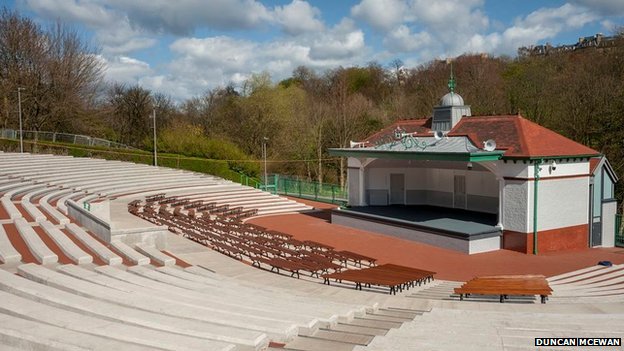 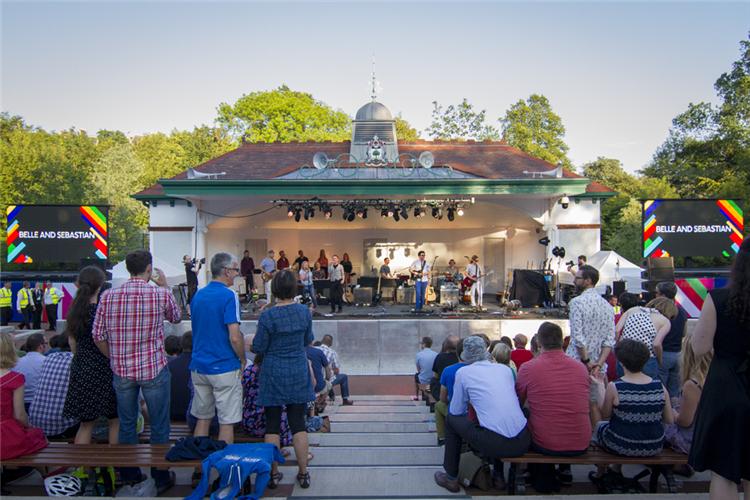 Erm, the photos you've posted that show a public entertainment space greater than 3 square feet; well that wouldn't please the NIMBY brigade would it?  Thanks anyway.

No, it's a monstrosity!

I like the design of the Glasgow Band stand. It would be well suited. I wonder if the present Mayor would be prepared to sign his name to the latest comment signed by all the previous Mayors.   Reading between the lines of several posts in this and other discussions I am also wondering ....... exactly what is Sustrans up to and who with?

That's a joke right?  Please tell me no-one would be fool enough to think that would be appropriate for the Lawn.

The bandstand structure yes, but not the arena. 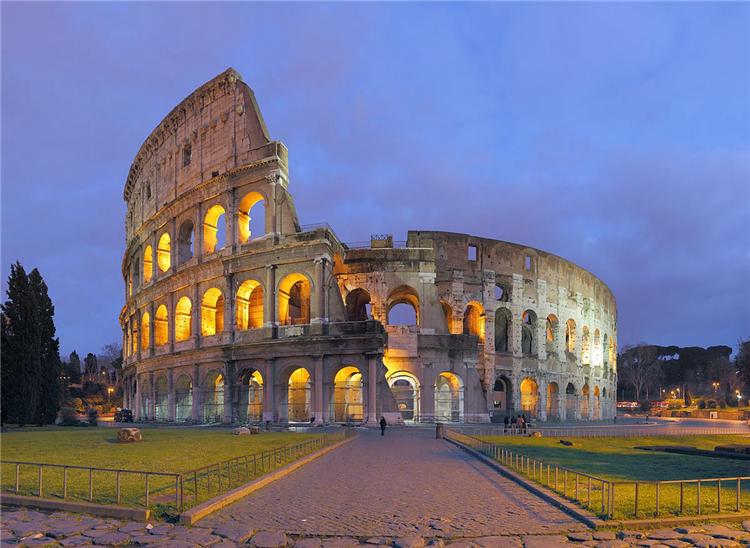 @Likeablerat, correction, I was not at the forefront of objectors but I am proud to say I was at the forefront of ensuring the people of Dawlish were aware of what was being proposed for the development of the lawn, and for that I make no apologies. My interference, which has angered some councillors, ensured that the public consultation took place at the end of June instead of the end of May. This gave time for people to really find out what was being proposed and the possible impact of the developments.

The only alternative option available for people to comment on in the consultation was a Victorian style bandstand. Moving forward, a wider variety of design options should be considered, but at the end of the day it is the people of Dawlish who should choose the replacement, not Councillors.

More options would dilute the result of any survey even further. There would never be a result where more than 50% preferred one option - and this ridiculous notion that there has be at least 50% in a race containing more than two horses is the one thing that you and your mob cling to as being the determinator of victory or defeat.

PS we elect councillors etc to make decisions on our behalf. If YOU are incapable of making decisions then YOU shouldn't be a councillor.

PPS it would seem that Kaz and Beelzebub want us to have a larger version of the current carbuncle! What imagination!

I don't have a mob, unless of course you are referring to my fellow Councillors.