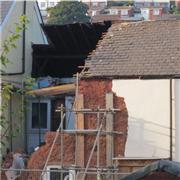 Oh what a nightmare for them.  I wonder how many other old houses are held together by the render. Doesn't bear thinking about.

@flo-@Mcjrpc. I see Dawlish is in the news again. Which brings me nicely to a friend of mine who said they  are going to rush through the report about the coastal route at Dawlish. Apparently it was in one of the local newspapers. nobody has commented on here about it. so Dawlish should be in the news again.and that big crane has arrived at Dawlish.  I saw that while watching Dawlish Beach Railway Webcam.

You'll have to keep us in the picture Stephen, I'm ashamed to say I haven't coughed up the £20 subscription.  What's the crane for?

@Mcjrpc. The crane has got something to do with the breach of the sea wall. I do not know exactly what it  is doing there.  May be someone else can tell you more. The Webcam you can have a £1 a week or £2 a month. You dont have to pay £20 a year. The crane is called Haven Seariser.

@Mcjrpc. Finally, if you go on to Dawlish Beach FB page there is a fantastic picture of the crane.

Thought i would start a new thread.

I bet the bodged up scaffolding pulled the house down.

I bet FREDBASSETT and ALLEMS won't be on here complaining about the build quality of these old homes...

Scaffolding would not have done this. it would of helped to keep it upright if anything.

I hope you do not get sued by the scaffolding company.

Was anyone living there at the time Pete? Definite...?

You tell me Sweetheart.

she is a babe,

The cottage is made of cob and it is a well known fact that if cob dries out the building crumbles. The upkeep of the rendering is crucial.

Out of interest how do you maintain it?  We seemed to have so much rain last winter that it's hard to imagine it drying out.  Does central heating cause problems?

Thanks Pete. I'll pay you the money I promised you for the compliments... the day after you post a photo of your sons GCSE certificates. Sweetheart.

Will do Baby.Love you lot's.

Shame the house wasn't built from the self righteous ingredients that JC is full of, that's chalmers not the other one. The house would have stood till the end of time. 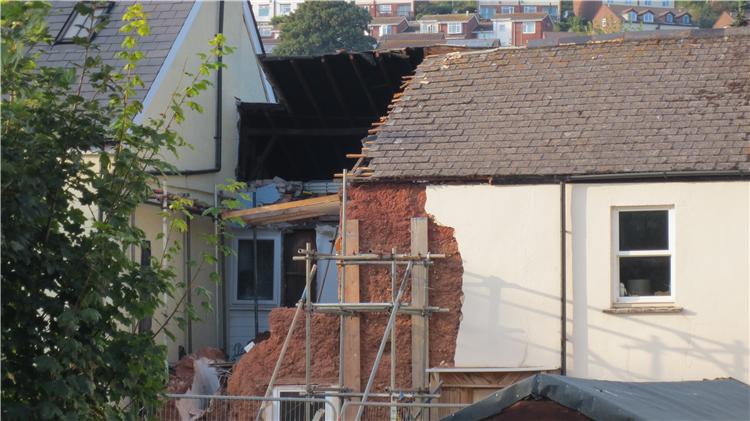 I was told that because the walls are cob, someone put cement rendering over it, The cob couldn't breathe, and so when they chipped the rendering off it collapsed. Poor people, I feel for them.

Not that I know anything about this, but doesn't cob need a certain level of moisture content ?  I wonder if this dry summer has cause it to crumble ?