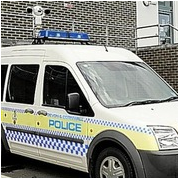 Tourists and local residents have complained about alcohol being drunk on and around The Lawn, putting off those who like to visit the town.

Cllr Harrie Burrowes said that drugs were more of a problem in Dawlish than alcohol.

It has been said putting a ban on alcohol would stop people enjoying themselves also effect events such as Party in the Park and the carnival.

This is a hoary old chestnut that raises its head every now & then. Surely it is not beyond the wit or the competence of the powers that be to distinguish between the alkies that frequent the Lawn area around the Information Centre for most of the year, generally being intimidating & making a nuisance of themselves, & families sitting out with a picnic & a couple of beers during the few weeks of the year that it's possible to do so in comfort.

Cassandra, I could not agree more !!

I've seen the same people out 'Trick or Treating' on Halloween! If that's not intimidation I don't know what is!!!

Yep they are scum and I hope they all overdose asap!

A bit harsh! Treatment and rehab' not an option then? After all 'dead' is pretty final!

LOL. It sure does. Paul Gasgoine is a prime example.

A number of months ago I think April this year there was a public meeting on this very subject at the Manor. The question was asked of the panel about alcohol and drugs in Dawlish.  In short the answer given was that the alkies and drugies are well known to the authorities, but we can't stop them enjoying themselves even though they harrass and intimidate tourists and locals alike. Somedays there are a number of them hanging around the tourist office or sitting under the two shelters. Tourist who attempt to sit there are intimidated to move on.

I like to have a beer on the lawn or beach, but not day in day out.

Why do they spend so much time there?

Paul, it's because they are untouchable. The law can only move them on but of course they come back.  It takes up to much valuable time to police them. There favorite places under the viaduct seating just to the left where the new benches are or where mentioned before. They are a blight to the town. As said before they are well knowed and I have observed new recruits to there little get togethers.

Yes, having a beer on the lawn or the beach is somewhat different for responsible people.

Funny how the concerns are now being raised again when at rockpool cafe they where granted a licence to sell alcohol for the beach , this will only give the alkies another place to move onto and cause more upset for locals and holidaymakers there. But then this reason maybe why teighnbridge council portfolio manager has not gave them permision to sell drink yet !

I cant see the need for alcohol at Coryton Cove, always been a pleasant family area. Sun and alcohol can be quite a fiery combination

When I first encountered what I think are the 'alkies' under discussion here, I was uneasy. As it happened I was friendly to one of their dogs and as a result ended up having a reasonable conversation with them.  Can't help feeling sorry their lives have gone that way but maybe if they're not treated like pariahs, they might not behave so anti-socially.  I saw one of them being turfed out of the Co-op recently (obviously been barred previously). Maybe i'm not yet frustrated by them but it was sad to see someone being ttreated with such contempt by another human being.

I wouldnt think that the people we are referring to in this thread will be frequenting the Rockpool Café for the drink, as 1/ they would not pay the inflated price for it and 2/ they would prefer to get it cheaper (or 'lift it') from one of the local supermarkets.

Of course one could feel for them but this is a life they have chosen, it was not forced on them. Locals know who they are and normallly give them a wide berth. I like you tried to befriend one of them, now when they see me they try and hit me up for money and when I say no they use plenty of expletives don't be fooled. Last summer as four or five of the group sitting drinking on a bench i was to hear one of them tell a family to F***K of this is our bench !  Of course it's pretty much the same in all cities and towns accross the UK. As I look out of my window at 8:15 this morning there was a couple of them still plastered walking by, well if you could call it walking that is, one step forward and two back. These two I haven't seen before and so their numbers grow.

There is a CCTV camera nearby (at the side of Ugly Duckling restaurant - photo) could this be repositioned to overlook their 'happy hut'?

and what would that achieve?  Paul they are untouchable the sooner you realise this the better

Well the same as other CCTV cameras. Operatives somewhere watching them all, if they cause any trouble then ask the Police to do something about it.

Why aren't they taken to court and sent to prison.

This morning (27/09/2013) there was a Police CCTV van parked at junkieville (near to the Tourist Information Office). 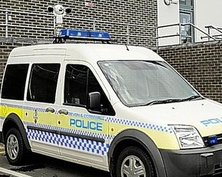 Well done - made my day!

Oh my, most of you haven't got a clue, I strongly suggest you go and do a day or two volunteering for a charity that tries to help people that may have either a drink or drug issue, it may open your mind to the reality.   There isn't enough room here for me to put my opinion on, but I will say people in Dawlish with alcohol in their hands have got more respect from me than a few of you on here, you should be ashamed of yourselves.

You're entitled to your opinion, however I see no reason why any of us should be ashamed of ourselves?

Continuous theft from COOP, a disgusting blight on The Lawn for tourists to endure, intimidation of others.

The town would be far better off without these low lifes - http://en.wikipedia.org/wiki/Low-life.

ashamed because of the way you speak about other people and because of the way you wish to treat this so called group. Theft from the coop, I actually went down last night, I wasn't intimadated I went into the coop and asked how much theft they encountered they replied "not very much at this time of year, its the tourists who are the theaving *********" so Paul where did you hear about continous theft and how was it related to your group ? Blight on the lawn is this the builders rubble, tools or the council vans or is there something I missed ?

Concerns over lawn drinking, the Dawlish article written in June would fall in line with what the staff told me that this is mainly theft by tourists. Though I don't like speculation so I wonder how many convictions there have actually been ?

Good point. When offences have been committed they are being dealt with. Which shows the system works.

You'll all be pleased to know there were several arrests last night by the looks of it, didn't see any aggresiveness, but one chap in cuffs sat on a bench, and a  copper with 2 others.