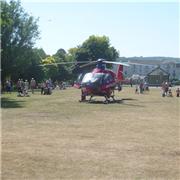 An accident involving a 9 year-old girl and a car has occurred adjacent to the Tourist Information Office.

The Air Ambulance is in attendance. Drivers are advised to avoid the town centre. 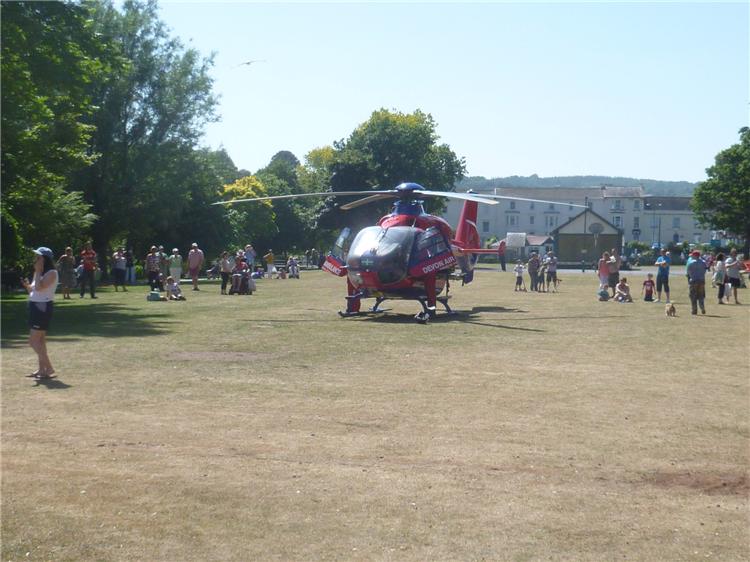 Hope the kid is ok .

I don't know the circumstances of this accident and I certainly hope that the child is ok and the driver of the vehicle not traumatised.

However, in my time in Dawlish, since the council removed the zebra crossing, I have noticed many people, including parents with children crossing the road at or near the point where the old zebra used to be. I know the traffic is going slower at this point but, PLEASE, PLEASE, use the crossing at the lights. It is why the pedestrian controlled crossing was put there, to help prevent an accident or fatality. It is only a few yards extra walk, please PARENTS ESPECIALLY, take note. What you teach your children to do when they are with you they will probably do when they are on their own!

Perhaps the fencing (sorry don't know proper name for it) along the pavement could be extended further down towards Harrison's? I don't drive very often but when I do it is usually to the station and back and I cannot tell you the number of times I have come across people crossing the main road between where the fencing stops near Emerald Deco and the road crossing just a bit further down.

I even caught myself doing it the other day!!!

And somewhere else where, as a driver, I am mega alert is on the main road where the Animals in Distress charity shop used to be. I've seen people come walking up the steps from Beach Street area and cross over, s l o w l y, as if they didn't have a care in the world and it was a pedestranised area. Trouble is, it isn't. What it is, is a very narrow, bendy, busy and dangerous stretch of road. Perhaps some fencing should be placed there 'n all?

What happened to COMMON SENSE?

There is a propper CROSSING by the place.

Would YOU purposly walk over a cliff top because there wasn't a fence there?

Lack of Common sense and decent parenting, along with the Sue Sue Sue society which we have inherited from the USA has ruined this country.

There is no need to shout.

Whatever the reason(s), people are crossing that road in a dangerous manner. Given that they are doing so, it seems to me that precautions need to be taken to reduce the likelihood of their continuing to do so.

If we have road markings and signs for drivers indicating danger I don't see why we shouldn't have similar for pedestrians.

And I have seen plenty of elderly people crossing the road between Emerald Decor and the crossing down by Harrison's.

Signs for drivers indicating danger and also fines and penalty points for disobeying some of them. How about the same for pedesrtians and cyclists. That would be a huge money maker and another job for the jobs worth traffic wardens. As Carer says its all about education.

A NINE-YEAR-OLD girl was injured in a collision with a car in the centre of Dawlish.

The child, from Newton Abbot, sustained a leg injury in the accident which happened on Saturday afternoon at Piermont Place.

Since the incident, police are urging people to take more care when crossing the road at that part of the town.

It is a blind bend and they say too many pedestrians are taking chances crossing at a point where it is almost impossible to see vehicles coming around the corner.

Paramedics were quickly on the scene and the girl was said to be under the car, a blue Vauxhall."

More care = Use the crossing which is just a few metres along.

It's all about educating people to use the crossing.

As I have said previously, you wouldn't walk over a cliff top because there wasn't a fence there to stop you doing it.

Same as walking along the sea wall.

Common sense tells you not to do it.

And as I have said previously perhaps signs need to be put up where the railings end saying "Do Not Cross Here - Danger!" telling people to use the crossing.

Better still, the railings should be extended further down towards the crossing.

That will be a waste of time as people will still cross the road.

Putting up signs does not work because we are a nanny state and peoples common sense has since long gone.