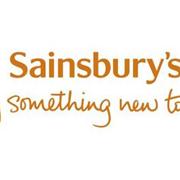 RETAIL giants Sainsbury's are ploughing on with their bid to build a store in Dawlish despite an attempt to force a judicial review.

The supermarket firm has submitted a second application for the store and petrol station at Shutterton after a legal challenge by rival Tesco.

Meanwhile, Dawlish mayor Wally Protheroe says residents are the ones losing out by the delay and are 'frustrated' by the lack of progress.

Progress on the original plan, approved by planners last summer, was hampered after Tesco launched a judicial review relating to the granting of planning permission.
Tesco lawyers claim Teignbridge Council failed to apply relevant and local planning policy and did not state its summary of reasons for granting Sainsbury's approval.

The authority denies the claim. Councillors met again in November to reiterate their reasons for approving the Sainsbury's scheme. A month earlier a Tesco scheme for an outlet at Lady's Mile holiday park was thrown out by planners.