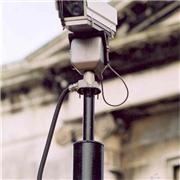 Crime has dramatically plunged in Teignbridge.

Over the last three years, offences have dropped by a massive 20 per cent.

The Home Office gave Teignbridge a target to reduce crime by 15 per cent and the challenge was co-ordinated by a community safety team.

Campaigns have also been run, aimed at raising awareness of crime and offering advice to residents.

Last year it was responsible for more than 500 arrests and the recovery of nearly £60,000 worth of goods.

To read the full article click the link below: