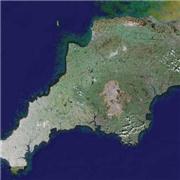 People in the south west are more likely to live into their mid 70s than those living elsewhere in England and Wales, official data shows.

The Office for National Statistics compared the current likelihood of living to 75 with the early 1980s.

Survival was generally higher in the south, but there were signs the gap with the north was narrowing.

The north east, north west and Yorkshire and the Humber all saw the largest improvements in the probability of surviving to 75 when comparing 1981-3 and 2004-6.