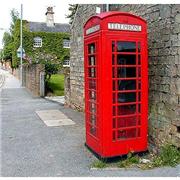 Bt is looking to pull the plug on 51 telephone boxes across Teignbridge.District council leader Alan Connett has expressed his concerns about the service being reduced.

But BT have revealed four public phone boxes in the area have not taken a single penny in more than a year.

And another 12 are only averaging one call a month, as calls have plummeted in the last two-years.

BT spokesman Jason Mann would not reveal the location of the four unused boxes, but said they were all in rural locations.

A total of 51 telephones are on a hit list, but 17 of those have one or more other phones close by.

Mr Mann stressed that a final decision on the closures would not be made until after a 90-day consultation period.

Most of those under threat are in villages, but several are also in towns such as Newton Abbot, Teignmouth, Dawlish and Buckfastleigh.

With most people now owning mobile phones, fewer and fewer calls are being made from the iconic red kiosks.