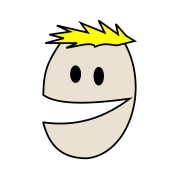 That's a bit harsh on Judith Chalmers! She's a bit stocky I guess, but a man? I didn't know she lived around here.

@Margaret Swift I'm not Our Soul. If people assume I am and 'troll' me or whatever you call it then I'm unlikely to not react.

Assume what you like Burnside, does that explain your attitude towards me? So far I've found this site to be nothing but negative.

Am I meant to be an incarnation of Our soul??

This bloke again! How many people have bicycles in their garage or garden shed? A minority?

Were you the school troll?

Is Sally Williams a spammer from the land of the free?

I'd happily pee on a communal compost dump, ammonia aids decomposition. Maybe combine loos with the green waste issue. same with solids, it creates bio-gas and fertilizer. Better than all the faecal matter ending up on the Warren beach. Otherwise there's always the Conservative Club.

Our 'esteemed' leader surely meant 'you all have to shoulder all of the burden' . It's going to get a lot worse, they'll cut much deeper.