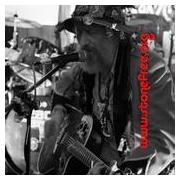 Past Events on Dawlish Town FC

Parents and young people will beable to have a tour of the building and asked questions which will be answerd by members of the work staff. There will be a special VIP preview event from 1-3pm. This will be followed by a music event from 7.30pm showcasting local youth bands.

The biggest match in the history of Dawlish football takes place on Saturday at the Sandy Lane home of Dawlish Town. The Seasiders host a 4th Round FA Vase tie against East Midlands side Gresley Rovers, who are expected to bring over 100 supporters with them to this game. Be a part of history and come along to Sandy Lane to cheer the Seasiders on to the last 16 of this competition which ...

The Boys are BACK! Male Strippers Recently performed @ Dawlish Warren, sell out! They are back next friday (4th Sept) @ DTFC (Seasiders) 7pm onwards Tickets £10 to include night of mayhem, buffet & games Contact me for tickets & info. NOT TO BE MISSED :)

This years carnival royalty will be chosen on March 6th. The event will be held at Seasiders, Sandy Lane. Doors will open at 7pm and there will be a family disco. Entry is £1.50. The Queen must be aged 15 and over. The Princess between 12 and 14. The Attendants nine to 11.

August The 16th @ The Football Club The Snooky Trust Charity are holding their Summer Gig! Tickets Are £5 each and there will be no tickets for sale on the door! The Quails are headlining the event Supporting acts The Summits, Cloudi, Marnie, Jules, Memo & Kelly Cox Pleasen buy tickets asap (as only a limited amount for sale) from the Snooky Shop Queens Street Moose Surf Wear Shop Brunswick ...

The Seasiders opening home match of the new Toolstation Western League season takes place at Sandy Lane on Tuesday 12th August. All local football fans are welcome to attend, as Dawlish Town look to beat visitors Sherborne Town and so kick off yet another successful campaign.

Transport from Central Hall. Every Thursday.