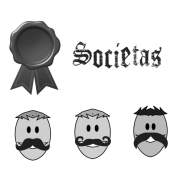 Past Events on Probus Club Dawlish

Dawlish Probus Club is an organization for professional and business men who wish to maintain a social network with others who have similar interest. The club meet on a Monday morning at 10am for coffee and a chat then a talk until 11.45-12.00 For more information contact 01626 863048

Weekly Monday morning's Mid September-Late April. Probus is an organisation for professional and businessmen who wish to maintain a social net work with others who have similar intrest. Meet 10am- coffee and chat until 10.30am and talk until11.45/noon.